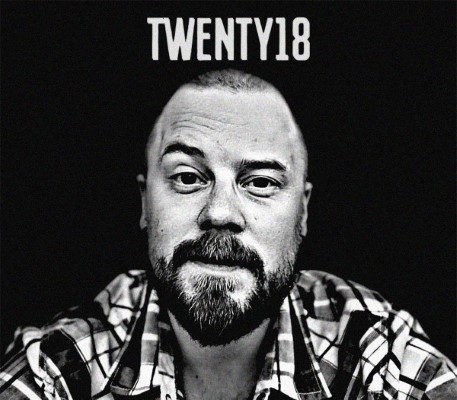 Guelph, ON’s artist and producer, Brenin Edmunds has made a name for himself by producing music that sits comfortably outside of each core genre. He released his sophomore LP, TWENTY18 along with a lyric video for the single, “Da Bom 1 Day”.

“I began writing TWENTY18 in 2018 during my ongoing separation/divorce, and custody battle for my daughter,” Edmunds says of the process behind the release as a whole. “I was dealing directly with the heartbreak, anger, trauma, and then the subsequent situation regarding the breakup.

Also, I had to deal with restarting the project three times due to producers bailing on the project.

The original title of the album was ‘deVOLUTION’ but TWENTY18 made more sense… It summed up my shitty, yet inspiring year.”

Check out the lyric video for “Da Bom 1 Day” below and find out more about Brenin via our Five Questions With segment.

I go by many titles – Dad, RUBiX, Doctormaryo. Each of these identities make up the whole of who I am, Brenin Edmunds. My most important identity is the father of a beautiful 9-year old girl, to whom I’ve dedicated TWENTY18. Many also know me as Doctormaryo, my Twitch alias, where I stream almost daily with my partner, Angry_Unicorn_. On Twitch, we have fostered a community based around inclusion and mutual support to help others find achievement and happiness in their artistic and creative endeavors. My work on Twitch came after many years of feeling isolated and drained in corporate careers. I’ve now turned to pursuing my own passions as well as helping others do the same. Apart from streaming and writing music, I also work as a graphic designer and theme song artist for Twitch streamers. As a hip-hop artist, I have grown through a variety of names and titles, as described in the first track on the album, Rubixified. I am a child of music and have pursued it throughout my life in a variety of forms. Currently, I am the lead singer in a hard-rock band, Mute Union, but I have always retained a deep love for hip-hop and have dedicated this past year to writing, producing and releasing this album.

My musical style has been influenced by a variety of genres and artists. From The Beatles and U.S.S. to (hed)p.e. and Everlast, my musical influencers are vast. I love experimenting within genres and mixing their elements. One frequent comment about my recent album is “I don’t normally listen to hip-hop, but I’d listen to this!”. I believe music exists to bring people together, and so I’ve attempted to create an album that appeals to listeners beyond those within a defined genre. I suppose the closest description of this album would be conscious hip-hop. The writing of TWENTY18 was a therapeutic process for me as I channeled an incredibly difficult emotional upheaval in my life into my music. As a result, I hope what I’ve created is an album that is deeply personal but also relatable to my audience as I describe the hardships and struggles that many of us face.

While I don’t have any upcoming shows currently planned, I certainly hope to in the future. Right now, my time is dedicated to my daughter and the Twitch stream, where my listeners come to chat with me daily.

I would suggest Rubixified because it introduces both me and my album. It is a retrospect of my music career intertwining with my personal life, sandwiched in between really catchy hooks.

I have followed both U.S.S. and Mother Mother from their infancy. I love their music, have seen them both live many times, and deeply respect them as Canadian artists.