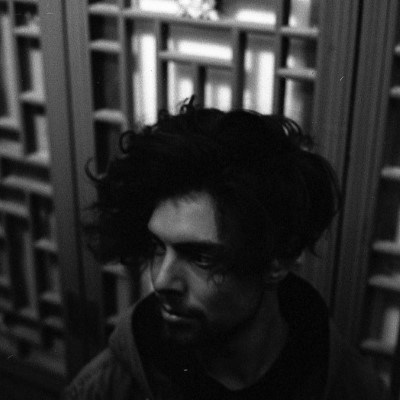 Montreal, QC-based indie folk-rocker Antoine Perreault recently released his newest album, Folks I Know, along with an acoustic video for his single, “My Something”.

Perreault shares on the album,

Check out the video below and find out more about Antoine via our Five Questions With segment.

I am a 26 years old indie/folk musician from Mtl. I used to play jazz and world music. Now, I focus on writing beautiful folks songs and try to understand life through them.

My music is a mix of a lot of things. It sounds folk but has a lot of colorful chords to only be this genre. That’s what justifies the Indie and Jazz inspiration. My 2 albums “Le bittersweet d’la chose” and “Folks I Know” has been recorded independently. Me and my friend went to every musicians’ apartment to record them. That’s the folk spirit right there. I really love the imperfection of not having the best studio in town. It sounds like a trippy kid who loves music… Pretty much what I am.

I have 2 upcoming shows. One at “Le St-Graal” in Ste-Thérèse on the 14th of December. One on the 29th of February at “Le verre bouteille”. They both are at 20h.

I think that my most convincing song is “Alone”. It is a bittersweet ballad with a lot of strings and a lot of synths. I feel like the chorus is the biggest hook I have ever written.

My favorite Canadian artist is Andy Shauf. The way he hears music is unlike anybody else. His attention to detail is outstanding. He’s my inspiration for now.