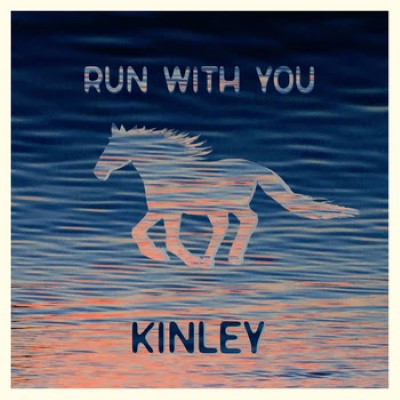 Acclaimed songwriter/multi-instrumentalist and former Hey Rosetta! member KINLEY shares her latest single, “Run With You”. The indie-pop track was produced by Colin Buchanan with Greg Alsop (Tokyo Police Club) on drums. “Run With You” comes ahead of KINLEY’s self-titled sophomore studio album due out February 21, 2020. The track, which features backup vocals from Liam Corcoran (Two Hours Traffic), is also paired with a pastel coloured driven lyric video.

The track is a straight-ahead electro/indie pop song fueled by a catchy chorus and simple melodies and instrumentation. Previously, Kinley released “Lightworkers” and both of which – along with six additional tracks – will be featured on Kinley.

“Run With You is a letter to a cool Canadian rock singer I have always admired,” shares KINLEY. “No matter what I am feeling the sound of her voice can make me drop everything and dance. In this song I wanted to thank her for the amazing music and the way it makes me feel. It is about how I want to hang out with her and not feel or care about anyone else’s judgement.”