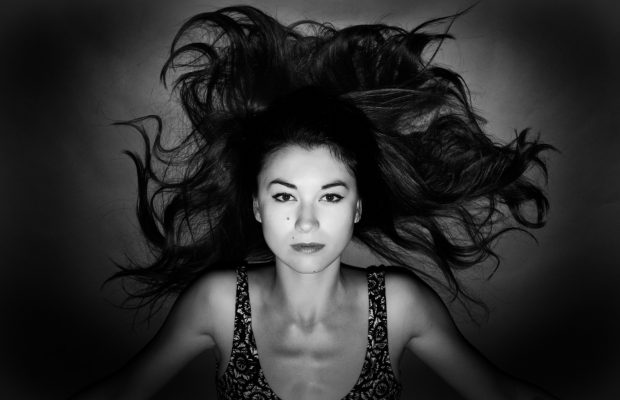 Best known as one of the core members of indie darlings Besnard Lakes, and as the touring keyboardist for Bedouin Soundclash, Sheenah Ko has released her new single, “Wrap Me Up” from her forthcoming sophomore studio album, Nowhere In Time to be released in early 2020.

While planning a music video for the release, Sheenah decided to do something very different. Instead of making a traditional music video, she decided to make a short film, incorporating the talents of Canda, and director Vincent René-Loitier and his film company, Telescope Films.  Canda cast an extremely diverse group of dancers to feature in the film, who not only come from very different dance backgrounds but also range in physical abilities and minority groups.

The creation of this film provided the collaborators an opportunity to engage a group of inspired audience members; filmmakers, dancers and general fans who wished to create something larger than the small duo that Brittney and Sheenah have been performing live.  The concept of the short film is representative of what the live show is like, where the dance troupe represents the audience.  As the performance progresses, all the dancers merge into one larger being and moving together as one.  This involved a unique form of choreography, utilizing body shapes and strengths of all types, intertwined and moving together like a big machine.

The film features a diverse group of people gathering in a dingy community hall in search of an intangible and ethereal sense of meaning. As the leader, Sheenah begins to sing, her voice casts a spell on her audience and creates a violent frenzy. Sheenah then brings the group of people together in a circle to work out their anger and finally hug their opponents, but they take it so far to completely wrap up Sheenah, who wasn’t expecting the group to demonstrate her practices onto her.

Check out the video below and find out more about Sheenah Ko in our Five Questions With segment.

My name is Sheenah Ko and I’m a multi-instrumentalist from Montreal and Maui.  My main group are The Besnard Lakes, but I have also been a touring member of Bedouin Soundclash, Little Scream, Thor and Friends, and many others.  9 years ago I decided to follow my heart and it brought me to Montreal to find who I was as an artist, I haven’t looked back since.

My music comes from an artistic, meditative headspace. When I write my songs, I am not concerned about following a formula or traditional song format. I am from a family of visual artists, as a result, I look at composing music like how a painter looks at a blank canvas. All of my songs are born out of these marathon improvisation sessions I do alone in my studio; I let everything from the music to the lyrics naturally flow out, and then I listen back to these recordings and find the melodies or gems that stick, and then reconstruct them until I’ve created a “song.”  This is why many of my songs can be very long and droney, and sometimes they start in one place and end in another, and can be jam-packed with deep and intense feelings.  What comes out tends to surprise me and I have no control over it – it is a complete form of therapeutic meditation where sometimes the messages I’m singing are messages for myself or messages to the “world.”  I try not to change the lyrics and music too much, and I almost struggle trying to capture the same feeling and sound as the original recordings. It is definitely more important to me to create music that is unique but also comes from a deep and vulnerable/honest place.

You have released a video for “Wrap Me Up”, what made you decide to do a short film instead of a traditional music video?

I am a huge supporter of the arts in all its forms. I don’t like art forms to be put in boxes or categories, which is why I love to collaborate with many different kinds of artists. Notably, I have been collaborating with contemporary dancer and choreographer, Brittney Canda, who performs at almost every single one of my solo shows. We have been introducing contemporary dance to some of the most untraditional dance venues, and she has become an integral part of my live show so much so that I consider her my bandmate.  And I had always wanted to work with Vincent René-Lortie, who directed the film, and his fantastic crew from Telescope.  We wanted to create a film that was inspired by our live show and where Brittney starts in the audience and becomes moved or provoked by me as I’m singing, but the story and message in the short film go much broader than that with an insanely talented cast of dancers and a really great story that touches on people expressing their pain rather than bottling it in. Our concept was really to make this a dance/film/music collaboration, where each of us could showcase our individual talents in one body of work. To add to this, I don’t really believe in creating super short songs OR videos, haha, I’m trying to push people’s attention spans if you will, and go against the grain. It may not be the most popular way to do it, but I honestly hope that this film is so well done that people will want to watch it until the end.

I’ve always wanted to be a dancer, so being able to rehearse with some of Montreal’s best dancers was like a dream come true.  Brittney managed to hire the most eclectic cast, and between them and the fantastic film crew from Telescope, it made two very long and difficult days shooting with a very tight budget a beautiful and organized breeze.  I love the story in the film, which essentially shows a group of strangers attending some sort of a therapy session or self-help group. It shows the group’s journey of expressing and releasing their pain and anger, and then from that release coming to a place of love, and finally wanting to extend that help to the group’s leader, who isn’t even able to accept her own advice.  It’s a super important and relevant topic, about dealing with and facing your pain and anger versus bottling in. Only after you are capable of facing your demons are you truly able to find that intense self-love.

My fave artists playlist consists of all of my friends, hahaha, all of whom are from Montreal: The Suuns, Klaus, Zouz, Munya, Navet Confit, Paupières, Jimmy Hunt… it’s a good mix of Anglo/Franco bands.