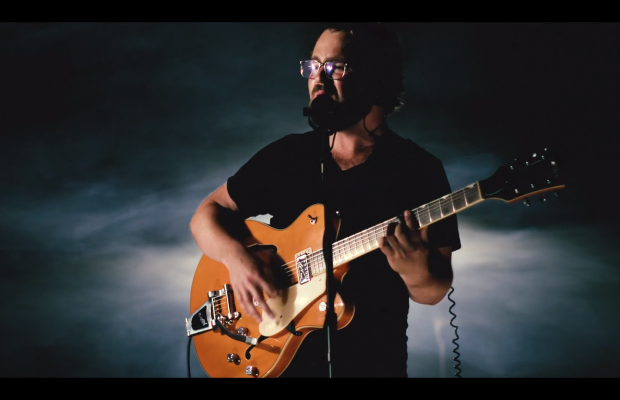 We have teamed up with Victoria, BC-based multi-instrumentalist and songwriter, Nick Mintenko to unveil a live video for his single, “Idle Time”.

Nick shares on the single & video,

“When I started writing this song, I was thinking about how inactivity in the music scene in Canada can be seen as a bad thing. There seems to be a little bit of a – what have you done for me lately? – kind of attitude sometimes when it comes to booking shows, or applying for grants and awards, or even just trying to keep up by engaging with social media to stay relevant in a way. It’s not necessarily a bad thing, it’s just the way it is, but it can be tiring. So, my writing started out as an attempt to counter those sentiments, but I soon realized that this issue isn’t just about the music business, but all business in general. There’s talk of a four-day work week going around. I think that would be a pretty good idea generally, but seeing as I am self-employed, I have kind of had to remind myself to take days off in the past. Maybe I’ve gotten a bit too good at it recently.

In the end I seemed to have manifested reality with this song, which I would call a success. About four months after I finished writing it, I was invited to spend a few days a property that’s managed by some friend of mine on a Gulf Island here in BC. It is completely off the grid, and it’s literally bordered on all sides by a Provincial Park, with the only access being a logging road that slices through to this magical private property. It’s a humble accommodation, but it was perfect. There are woods all around, and one side borders a lake.
You actually have to hoist your gear over your shoulder and wade through an icy cold spring fed creek just to get in to the main residence. Believe me, I wrote this song before I had any knowledge of what this property would be like. It really did feel like I had brought it to life by writing “Idle Time”. This is why I chose this song specifically to record to video.

I am always excited when I get a chance to collaborate with some of my talented friends on projects like these. I worked with Trevor Bennett of King Tide Films, and Chris Neal as a sound engineer. I also want to thank Eryn Sharpe, a talented songwriter who worked with me as the song came into completion before shooting. We shot this video at a multipurpose building in Victoria BC with the permission and cooperation of Hollydene Community Church. The video is live, and the smoke machines were organic.”

Check out the video below and be sure to stay up to date with Nick via his socials, as he will be releasing a new studio single with a full band titled “I’ve Been Waiting” soon.