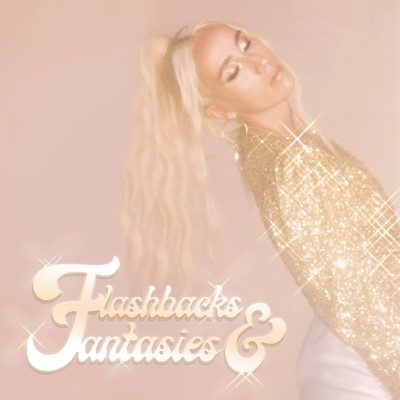 Flashbacks & Fantasies is the newest EP from Toronto based artist, RALPH.

Overall, Flashbacks & Fantasies is a veritable feast of pure pop with some splashes of R&B and disco mixed in for extra flavour. Featuring the artist’s silky female vocals and electronic samples, every second of the EP’s sound feels ready to burst with energy and love.  This makes sense as every song of the Flashbacks & Fantasies is themed around love; whether that’s falling in love, moving on from love, forbidden love or unwanted love. But it’s more than that — I get a strong sense that RALPH wants her listeners to feel loved by listening to the care and attention put into each song for them.

Standout tracks on the EP to me were “Gravity” and “No Muss No Fuss”. “Gravity” is definitely more than any other track on the EP the one meant to get you dancing. As RALPH noted herself about this track, “my babies asked for a bop” and she definitely delivered. Featuring a heavy, pulsing disco beat, “Gravity” is pure fun.

“No Muss No Fuss” follows RALPH being followed by a persistent ex who can’t seem to take the hint. This track features some of the best line in on the EP in my opinion: I particularly loved the chorus where RALPH says “It got too messy, now you’re obsessing, but I want no muss, no fuss, no u’.” There’s a real sense of fun to this track — as if RALPH is less talking to the ex, but gossiping to the listener about a relatable problem. The track even ends with RALPH lightly laughing and I’m pretty sure the intent is for us to join in.