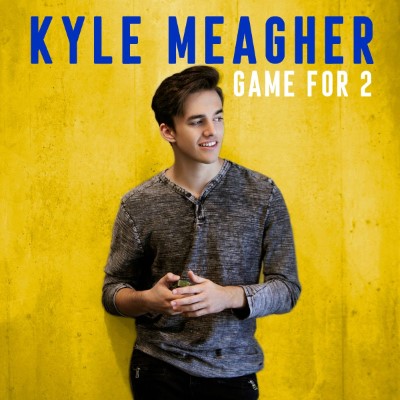 It’s not often that, at just 17-years-old, someone is living some of their wildest career dreams. Kyle Meagher, though, is doing just that!

Not only does Kyle have a recurring role on the hit-TV show, Anne with an E, but he’s also feeding his other major passion of music through “Game for 2”, the latest single from his EP/visual album, Beats in a Bagel Shop.

Your new single, “Game for 2,” has such a light and refreshing melody as the colder months roll in! Was this timing of release intentional or just a happy accident?

It’s actually a song that I wrote and released pretty quickly so the timing was actually interesting because it ended up colliding with a major Fortnite release. The song is a sad, but true story where I have definitely had friends that are more interested in their online worlds than the real ones.

So, when Joe, my co-writer, and I started talking about that concept, it came together pretty quickly and we were having a lot of fun with it. We knew we wanted that upbeat, playful vibe like we had in my first single, Nowhere, and it was a pretty easy and fun song to create. So, within a few weeks, we had it written, recorded and ready for release and I felt like it was something that had a great island beat that could pick people up through the fall months.

When it comes to the experience of technology vs. relationship on the new single, is this something you’ve personally experienced?

Absolutely. We all suffer from it. It’s a really tough balance because technology has improved so much for us. We now have the answer to any question at our fingertips and can reach out and get in touch with anyone in so many different ways but it can also disrupt face-to-face relationships. I have gotten carried away with technology myself and I know a lot of people who do so we just have to remind ourselves to include others in our past-times and balance online and real-life relationships.

You recently spent some time filming CBC’s Anne with an E. Growing up in Canada, was the original story something you were familiar with? How did you get involved with the newer rendition?

Definitely – we all know and love the red-headed pigtailed Anne from the Lucy Maud Montgomery books. When I went into the audition, I already had a pretty good knowledge of the original story, but it surprised me because my role was a bully who was laughing at Anne as all the boys made fun of her and I realized when I saw the scripts just how different it was.

On the breakdown, when you get an audition, it’s a description of the character, the storyline and you see who the producers and writers are and when I saw Moira Walley-Beckett, who was an award-winning writer and producer for “Breaking Bad”, was the writer and Producer of this Anne, I knew it was going to be amazingly different.

It’s honestly such an honour to be a part of this show and to be able to help bring important messages and storylines to the forefront on TV.

You clearly have a passion for both music and acting; would you say you’re pulled more to one over the other?

I try to balance it as much as I can. I go through waves where I’m involved in an acting project and have to turn down some musical concerts or I try to schedule them on a weekend when I’m not on set and then when I’m not working on acting projects, I get together with my co-writers or hit the studio to prepare some new music. So far it’s been working out. I was also able to bring together the two of them with the “Beats in a Bagel Shop” visual album which is circulating film festivals as a short film right now. I would definitely love to do more of that in the future where I get to bring them together.

What can fans expect from you over the next six months?

I have a couple new songs that we are gearing up for release in the new year. “Anne with an E” is airing now in Canada and will hit worldwide Netflix on January 3. I also have another project called “Killer Prom” that is coming out in 2020. Lots of excitement!