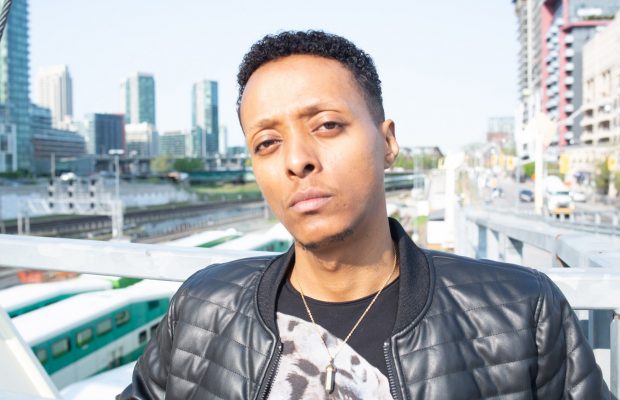 Canadian hip-hop artist, Rawmny Wildcat has released the first single, “Legacy”  from his upcoming album of the same name.

Produced alongside Nabil ‘Nabsolut’ Benmiloud, the song started as just an experiment when the two were jamming, and discussing dreams.

Speaking of experimenting, that “Legacy” would start that way mirrors how Rawmny Wildcat — pronounced ‘Raw Money’ and formerly known as Rasselas — first started; the Toronto-based rapper took to playing around with music after his family relocated to Montreal from Ethiopia.

Influenced by soul, Motown, the 80s and 90s hip-hop and traditional Ethiopian sounds, Wildcat took to the craft during his younger school years in the Canadian metropolis.

From there, Rawmny stayed no stranger to the grind; his love for music had him hitting the road in those early days, visiting local radio stations to meet the DJs. These connections would soon see him calling into K103FM to freestyle over the phone, and have Mike Mission and Ken Dog from CKUT 90.3FM take him under their wing, allowing him to freestyle on their show Masters at Work.

“I use my music as an outlet to connect to the true emotions that come from the heart,” he says of his lyrics that land reflective of his life experience. “Conversant hip hop allows me to connect with my audience on a personal level.

“It’s all about being true to oneself, staying motivated, questioning the status quo, and living a healthy lifestyle.”

Check out the video below and find out more about Rawmny Wildcat via our Five Questions With segment.

I am a music artist and producer based in Toronto that I’ve called my home for the past 12 years. I’m originally from Ethiopia and grew up in Montreal, where I finished my education.

I like to draw a lot of inspiration from my life experience. Initially, I started by writing lyrics in my early teens. But from the first time I went to the studio, I’ve always been very hands-on with the production. That’s why I make a lot of my own beats and oversee my album to completion.

I write songs that are very personal to me, which is why other people relate to me when they listen. I know I am not the only one living through the same challenges and together maybe we can overcome them.

Currently, I am performing on various showcases, which will all be announced on my facebook (@rawmnywildcat) and Instagram (@rawmny). I am completing my album set to release in January 2020. The opening concert will be announced as well.

Currently, in circulation, listeners can stream my single “Legacy” (Produced by Nabsolut). This is a song that is very close to my heart and speaks a little bit of my journey getting to where I am today. Hopefully, the audience will like it add it to their playlist.