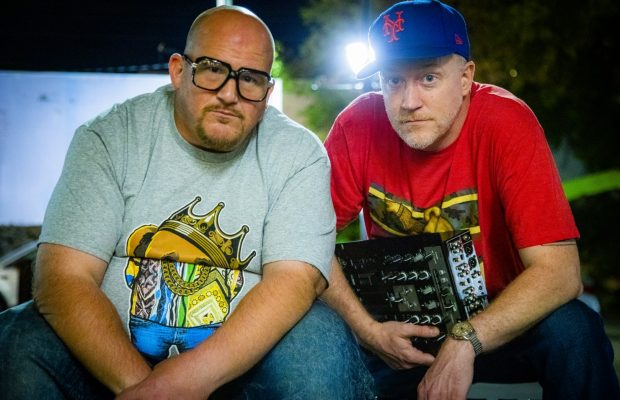 Winnipeg, MB-based award-winning hip-hop producer Frost Gamble has teamed up with New York-based battle rapper Tone Chop for their newest single, “Open Your Eyes” from their newest album, Kill or Be Killed which was released on November 8, 2019.

Check out the video for “Open Your Eyes” below and find out more about Frost Gamble & Tone Chop via our Five Questions With segment.

Tone Chop & Frost Gamble – We are both from Binghamton, NY, but Frost has lived in Winnipeg Canada for over 10 years now.  We have each been active Hip Hop creators since the 1990s, but started to gain industry traction in 2016 with the release of our ‘Veteran” EP, which was particularly well-received in European markets.

Chop: Our music is reminiscent of 90’s golden area Hip Hop with hard rhymes and hard beats. My writing style is a lot of word play punchlines and metaphors that I often piece together like a puzzle. I try to write rhymes that don’t go over people’s heads, but alot of times they do, so you might not get certain lines on the first listen or two or three. I pride myself in writing the dopest stuff I can. A lot of stuff sounds the same these days, I stick to what I know – not what’s current – I don’t follow trends. I make the kind of Hip Hop music I like to listen to.

Frost: Production-wise, I almost always start building from a small sample of something that inspired me – maybe a short sound, note or even melody – and then look to transform it into something new and fresh.  It’s a great feeling when I flip something old into a new, nearly unrecognizable interpretation that fits with our style.

Frost: Chop performs pretty regular around the Binghamton region – but for me, as a producer, getting on stage is a rarer event. I occasionally take a gig to play beats or speak to an audience of young musicians.  But we are interested in getting out more, we’ve been looking at options for touring both Europe and Canada in 2020, as long as the particulars make sense.

Chop: Damn that’s a tough question but I think “Walk The Walk (feat. Kool G Rap) is a good one because it shows I can hold my own with one of the greatest ever.

Frost: In terms of Hip Hop, I’m a big Charlie Fettah fan, Fresh I.E, Moka Only… I also love acts like Homeshake, Jérémie & The Delicious Hounds… there’s so much talent in Canada it’s hard to keep up…

Chop: Word, shout to Charlie Fettah… we’ve worked together before, he’s a beast.