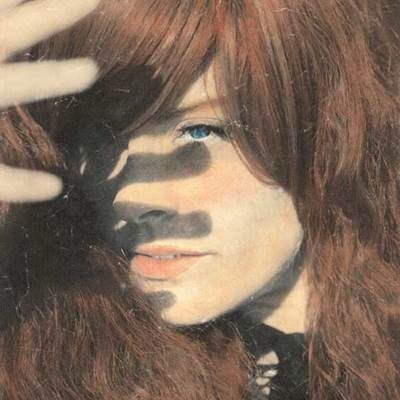 Little Scream, also known as Laurel Sprengelmeyer, has been playing music under this name since 2008. She is a “highly notable Canadian and American (dual citizenship) indie artist who has had glowing coverage” from many credible sources.

Scream Queen came to fruition from bits of prose written during the last leg of Little Scream’s North American tour. The album offers us a reflection on class and poverty in America.

According to Sprengelmeyer, Speed Queen is about “observing the slow entropy of the US, ruminating on her own low-income upbringing in a flyover state [and] taking it all in from the privileged position of being a new Canadian.”

The album begins with one of the first singles – “Dear Leader”. This track boasts soft, yet powerful vocals, along with unsettling music at the beginning before transitioning into sort of a steady, almost calming beat. This is kind of ironic considering the explanation of this track. Sprengelmeyer “reminds those opposing migration that ‘when the waters rise, it’s gonna be you, Miami,’ warning them that when they’re needing help, ‘…you will ask your God, but he’ll be busy getting risen, and the rich will be too busy buying stock in private prisons—that’s where they’ll send you for talking about socialism.’ The biting commentary served with a sense of humor softens its presentation but doesn’t detract from its power.”

“One Lost Time” stood out amongst the others. The guitars are more forward in this track than the synth, causing a more aggressive sound. With the addition of great vocals aiding to create a dreamy pop feel, this catchy tune definitely caught my attention. “Don’t Wait For It” also has a guitar forward sound with the voice being more prominent.

Little Scream channels her creativity through tracks such as “Switchblade” and “Forces of Spring”. “Switchblade” has a darker sound at the beginning before the melody becomes happier and almost carefree. It seems as if the music is changing in tune with a story. “Forces of Spring” has a beginning that is different than the rest, with drums being prominent. These little additions and tweaks aid in showcasing her artistic side.

In tracks such as ‘Privileged Child’, Sprengelmeyer reminds “wealthy people who like to adopt the style of the poor and working-class that poverty’s a feeling money just can’t buy.” This is a happy, upbeat song with a catchy tune. This is a great way to end off the album, reminding the audience that life is what you make it and happiness is something that money cannot buy.

Overall, this album had a common theme – “humor and warm-heartedness prevail (despite some of the darker subjects touched upon).” A neat little tidbit about the album’s title is that she is actually referring to a washing machine. Sprengelmeyer states that “when you’re struggling, nothing says you’ve made it more than getting your own washing machine. Speed Queen is about the dream of making it and feeling desperately close but missing it.”