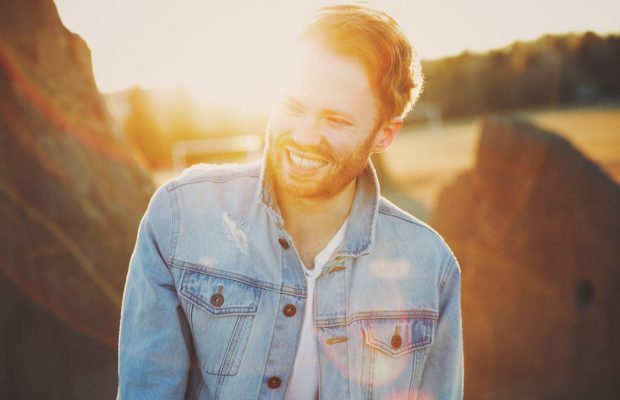 It’s now, though, that Wes Mack is diving into even deeper into his storytelling to bare his SOUL on his second full-length album.

As you approach the release of your new album, SOUL, what was the biggest change in the creative process this time vs. your debut album, Edge of the Storm (2015)?

The change is a big one.  This album was me finding my way back to everything that I love about making music… Allowing creativity and imagination rule the day and letting worries and commercial value be a footnote.  I don’t think this is something that was missing on Edge of the Storm, rather it was something that came up for me in the in-between.  Trying to follow up a debut creates a weird pressure that I think initially took me to some negative places.  That said, you cannot learn without those journeys and I’m grateful for the road I’ve walked.

Still a work in progress for me but I truly feel proud and love every song on here.  It is the first album I’ve released where I am a co-writer and co-producer on every song, and all of it just feels more personal and very close to my heart.  I am excited to share these songs with the world and for people to find their own meaning and story in the tracks I’ve made.

Country music is such a different genre than many others in terms of the pure heart & soul that goes into the songwriting. Who are the songwriters/artists that you admire most?

I could rattle off a lot of names here but I think the answer is more along lines of real heart.  I think country has a growing line down the middle of it between the heart and soul and the songs that might be a little less authentic.  I don’t have any shade to throw… life is too short for that.  But I will say I’m the most drawn to songs and writers that throw away formula and allow their real feelings to come out on the page.  The ones who risk something with their stories and the ones who put passion over polish.

You had the chance to record your current single, “Best Hangover” with the winner CTV’s The Launch, Maddie Storvold! Did she give you any inside scoop of the show?

Funny story…. Maddie and I have NEVER met in person.  I hope we do someday hahaha…  I was looking for a feature on the song and a mutual friend suggested her…. I listened to some of her music and interviews and felt really excited by what she could bring to the song.  So in both the song and video we did all of our parts in different cities which is a first for me…. 2019 is a wild ride!  Happy to have her on board.  I did however have a dream where she drove by me on the highway driving a giant boot that was hoping along…. I called her and told her and she laughed a lot.

Besides music, you have plenty of acting credits to your name including Smallville, The 100, The Power Rangers Movie and Cold Pursuit (Starring Liam Neeson). Any future acting plans or is music the main focus for now?

My focus never really shifts.  I am always working on a million things.  I think that is something I’ve tried to convey over the years.  I create things and sometimes there is more success in one area than another…. Often times the success does not match the work put in so folks might get the idea that I’m shifting my focus when in reality it is pretty constant.  I will say however that music occupies the bulk of my time simply because there is more work to be done.  As an actor your work is more similar to that of a hired musician on an album, in that you play your part and then you are done.  With music, it is closer to being the director and the producer where a project can take years and has many moving parts.

I have great love and appreciation for all the areas I get to work in, including directing music videos for myself and other artists…. All shades of storytelling.  And telling stories is my life.

What are your plans between now and the end of the year?

Well, for a good while here I will be promoting SOUL and travelling around for that.  I’m hoping to have a little down time though to work on some personal projects of mine that have no commercial value right now…. That’s the funny part.  When something begins there is no one waiting for it but for me that is the most exciting time… when all I am doing is converting raw imagination into something tangible.  I want to put some time into that kind of work because it fills my soul… it was a day like that where I wrote SOUL alone in my room in about 10 minutes.  Didn’t know I was writing a song at the time but it became that and I’m grateful it did.  I want to do some writing, some producing, some filming, some walking on the beach and a lot of living.  You gotta refill from time to time before you take off and fly again.