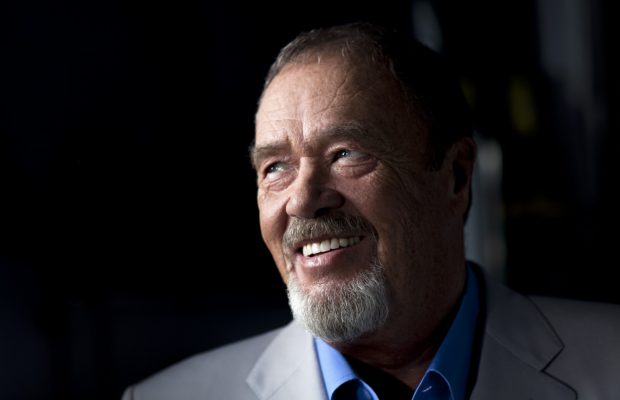 Toronto-based artist, David Clayton Thomas has released a lyric video for “The System”. This is the first single from his upcoming album, Say Somethin, which is available on March 20, 2020 via Linus Entertainment.

He’s also doing a benefit concert for Peacebuilders Canada, a Toronto not-for-profit that has diverted more than 1,100 adolescents out of the courts before trial through its Restorative Youth Circles Program, easily saving taxpayers $45 million, and has decreased school suspension rates by 60-80% through its Restorative Schools Program! Proceeds from the November 20 concert at Koerner Hall, TELUS Centre for Performance and Learning in Toronto will fund Peacebuilders’ Public Education & Advocacy Program to promote and support restorative approaches to adolescent conflict.

Say Somethin confronts many issues of the day, including climate change, immigration, gun control, politics, and the justice system. The lyrics are to the point and written with disarming honesty and a wicked sense of humour. Four of Canada’s most creative musicians collaborated with David on the writing on the songs, Lou Pomanti, Eric St Laurent, Davide Direnzo, and George Koller, each bringing their own unique musical personality to the compositions.

Take a moment and check out the single/ lyric video below, and keep up to date with David Clayton Thomas via his socials.