Catahoula Brown releases video for “Boat in a Bottle” 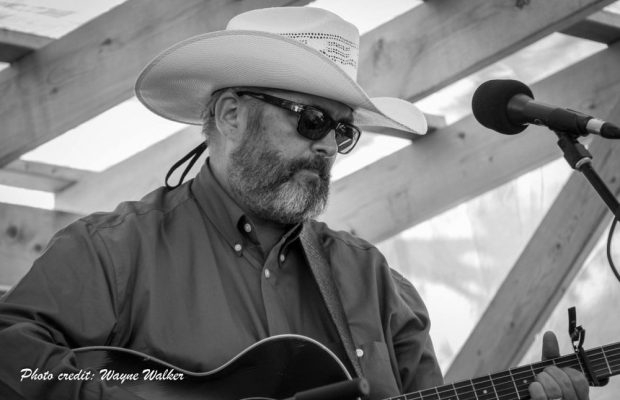 Nova Scotia’s singer-songwriter Chris Robert Weagle, aka Catahoula Brown’s states that his earliest influence came from his father, Bob Weagle, who loved to sing songs by Jimmie Rodgers, The Carter Family, Hank Williams, and Hank Snow. As a young man, his father performed at a local radio station on Saturday afternoons.

“I was no bigger than a guitar when my father taught me to play…he tuned the guitar ‘Hawaiian-style’, and I played it with a slide made from a butter knife, ’cause my fingers were too small to make chords.”

Although he began writing songs in his early teens, Chris didn’t perform publicly until after he was married and raising a family. He was given the chance at a local Songwriter Night in his hometown of Bridgewater, Nova Scotia.

“I remember being so nervous…I couldn’t even look at the audience…I just kept my eyes closed,” he recalls. He continued to sing at Songwriter Nights and Open Mics for the next few years, until one night he went to see the Blues artist Guy Davis perform at a nearby theatre. “I was mesmerized by his story-telling and his showmanship…I thought to myself, ‘I want to be like him’…it was then that I decided I would not just be another ‘Singer-Songwriter, I would be a ‘Blues-Man’…and I would wear a fedora hat and dark sunglasses so I couldn’t see the audience.”

At the age of forty-four, Catahoula Brown recorded his first album, Cur Dog Blues. In the years following, he released many other albums, including Let That Boy Boogie, Lonely Lives Here, and Can’t Hide From The Blues.

Catahoula Brown’s last project was the six-song EP, The Broad River Sessions. It was his first foray into the Country music genre. The music he grew up listening to as a young boy has brought him full circle.

He has released his new album, The Journey on November 1, 2019, via Shelburne, NS-based label, Maritimes Music.

Check out the video for his single, “Boat in a Bottle” below and stay up to date with Catahoula Brown via his socials.