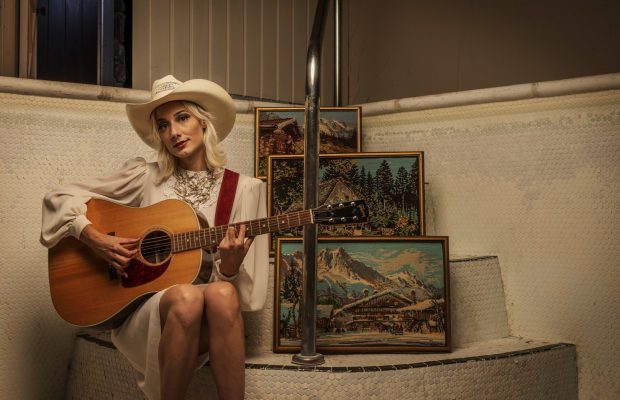 Hamilton, ON-based Heather Valley has unveiled a video for her single, “Lovejoy” from her upcoming album.

Heather Valley was a self-made lawyer with a promising future when the con man found her. They bonded over a shared love of Americana, especially the music of Jason Molina, then met for a week in a haunted cabin in upstate New York. They fell in love and made plans to be together, but when he went back to Florida, everything went wrong. A sudden admission of addiction, an intervention, committals to rehab, escapes and devastating benders impeded his efforts to return. He became obsessed with the idea that a demon inhabited the cabin, and that it had attached itself to him. They eventually reunited in a rough Buffalo neighbourhood called Lovejoy. The single is the story of that reunion and the heartbreak that would come next.

“Lovejoy tells the tale of my reunion with the love of my life, who turned out to be a con man. He came up to Buffalo and I drove down from Canada. We met in a tough neighbourhood called Lovejoy.  Everything seemed perfect. It wasn’t until he was arrested at the border in front of me that it all unraveled.”

Check out the video below, and find out more about Heather in our Five Questions With segment.

My name is Heather Valley and I’m not supposed to be doing this. I was a lawyer with a clear path but I fell in love with the wrong person and lost everything to a broken heart. Music saved my life. Now I’m a singer-songwriter based in Hamilton, Ontario.

I’m also the lead singer and rhythm guitarist for alt-rock band Another Crush, recently featured by Alan Cross for Global News and The Edge.

This project reflects what is most deeply inside of my heart. The style is somewhere between indie, alt-country, and singer-songwriter, heavily influenced by the Americana story-telling tradition.

My biggest influence is Jason Molina of Magnolia Electric Co and Songs: Ohia, may he rest in peace. Pedal steel player Mike “Slo Mo” Brenner was a part of his band, and he collaborated with me on my forthcoming first record “Desert Message.”

This has been an exciting year for shows. The highlight so far was playing the Supercrawl Main Stage the same day as Rural Alberta Advantage and Bahamas.

If you come to a show you can expect to hear me trace the very strange story of what happened in my life through hauntingly beautiful songs. Depending upon the night, you will see me perform solo, as a duo and with a full band. In some cases, you will see all three on one night.

The performance will feature my voice and the lyrics as a priority, because the message, as variously as it can be interpreted, is the most important thing.

When I decided to dedicate my life to music, it was to do what my favorite artists did for me. That is, to make others feel less alone in the world.

The first song I would suggest is Lovejoy. It is the story of when I drove down to Buffalo to reunite with the man who I thought was the love of my life. It was a grand romantic gesture, with him coming up from Florida to be with me. Of course, I did not know the truth at that time. It would begin to come out when he was arrested in front of me at the border a few months later.

My biggest Canadian influences are Julie Doiron, whom I adore, and Jennifer Castle, who inspires me tremendously. They are both incredible songwriters, musicians and live performers and I highly recommend them to your audience