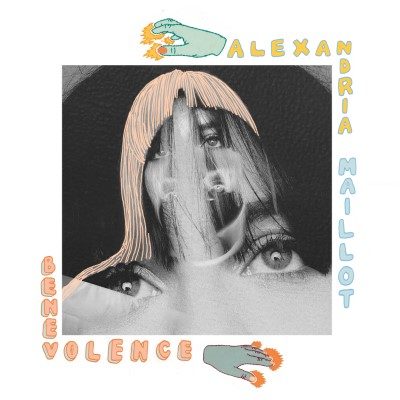 Alexandria Maillot has announced the release of her much-awaited second album. Fans have previously been teased with singles, “Make It Out”, “Messed It Up”, and “The Jungle’. However, the wait for more of Maillot is over – coming November 22nd  is Benevolence, armed with seven new tracks in Maillot’s signature “swoon rock” style along with two bonus tracks on the vinyl edition, including a special acoustic version of “Make It Out”.

Maillot says of her sophomore release:

“Benevolence is a series of questions and contemplations; the personal narrative of working three jobs to survive in the city, living paycheck to paycheck to fuel a tedious creative career, a depleting immune system and mental state, and the inevitable burn-out that lead to moving into a cabin in my mom’s backyard,” Maillot reflects. “It addresses the aftermath of a toxic relationship, it asks how one’s actions can create ripple effects in other’s lives, and it argues whether a person is selfish for making necessary sacrifices in their search of sustainability.”

She has unveiled a video for “The Judge” in advance:

Maillot will be on tour across Canada this fall, kicking off with a stop in Halifax tomorrow for Halifax Pop Explosion, before hitting the road with Louise Burns in November. Full dates can be found below – don’t miss experiencing Benevolence live!