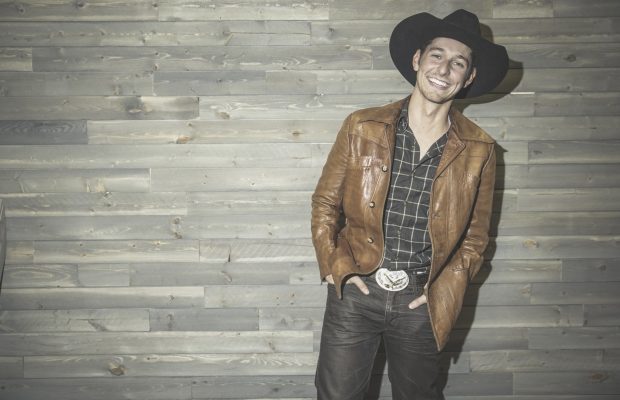 Up and coming Alberta country artist, Ryan Lindsay has unveiled a video for his single, “Way Back When”. The video was filmed in the Northwest Territories in collaboration with award-winning filmmaker Travis Nesbitt. Lindsay’s a former Arctic wilderness and expedition guide so he was in his element dog-sledding, hauling water and wood, flying in a bush plane, and more.

“There’s a simplicity and a luxury to living in the outdoors that doesn’t come with the regular amenities of living in the city. People today lack a connection to place and country music is a genre that is rooted in place. It’s really important for me to keep that as a foundation of my own music as a country artist.”

“Way Back When” is featured on Lindsay’s first EP titled, Wild which was released earlier in 2019 and co-written with Chris Henderson and co-produced by Johnny Gasparic at MCC Studios in Calgary.

Ryan is also currently in a contest called Project Wild for indie country artists in Alberta, voting is open until November 1, 2019, so if you’ve enjoyed the video, head HERE and vote for him.

Check out the video below and find out more about Ryan in our Five Questions With segment.

My music is inspired by place, particularly the prairies and northern Canada. The memories of being a guide have become a big part of my writing. Country culture and rural communities seep their way into my music – that’s where my heart’s at.

I grew up on 90’s country music so that’s a big part of my sound. I take in a lot of modern influences and blend that with my 90’s influences that I grew up on to create the sound I have now.

Well, I just had a big showcase at Knoxville’s in Calgary for Project Wild on Thursday night. And now public voting is now open from Oct 25th – Nov 1st so if you enjoy my music, every vote helps me get one step closer to getting funded for my upcoming project! Here’s the link so you can go vote: https://www.projectwildcountry.com/vote/

Also, I’m playing Ranchman’s in Calgary on Nov 15 & 16th – follow me on social media or my website to stay posted after that.

I just released my new video for “Way Back When”. The song’s about being a “free-range kid” growing up in the country.  I shot a cool music video for doing some dog-sledding in the Northwest Territories. See it above.

Paul Brandt and Dean Brody are two local boys that I have big respect for. They are known for singing about their love for living in this country, and local places – an important foundation of country music!