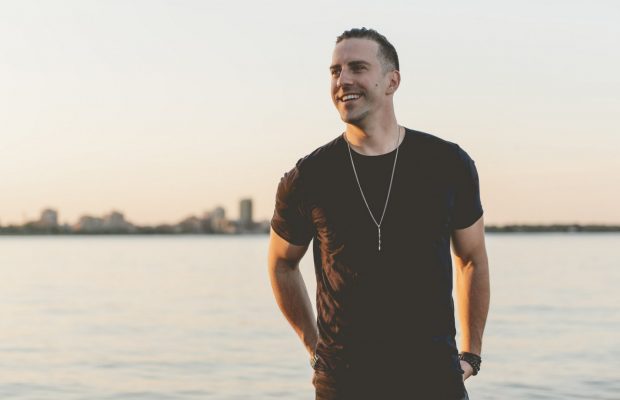 Rising country artist, Rich Cloke has recently released his new single, “You’re The One” off of his upcoming album, set for release in early 2020, which was co-written by John Angus MacDonald and Mitch Merritt.

Cloke’s music has been shared around the globe thanks to over 50,o00 fans on social media and over 270,000 streams across digital platforms.

Check out the single below and find out more about Rich via our Five Questions With segment.

I was born and raised in Hamilton, Ontario. For the last 8 years, I’ve called Burlington home. I’ve been recording and performing as a country artist since 2014. During high school and University, I performed as a lead guitarist in rock bands. I’ve always been a fan of country music, and began exploring the idea of being a solo artist after graduation. I’ve always loved the straightforward narrative of country music, and gravitated toward that style when writing myself. I released by debut record in 2014 and spent the last few years learning the ins and outs of the music industry. I also spent time building a solid team and developed a clearer focus as to where I want to take my career. That led to recording my latest single, “You’re The One” and currently promoting it across Canada.

I love the process of collaborating with other songwriters. I also love to listen to songs written by others, for a different perspective. I believe at the end of the day, the best song wins. If I’m going to record a song I didn’t write, it needs to resonate with me. It needs to be something I would write about. It’s important that I connect with the song in order for me to give the best performance and to connect with the audience. A lot of themes in my music stem from what I experience. My wife and I have been together for a long time, so there is a lot of ground to cover. I try to tackle this very popular theme in different ways that reflect who I am and what my experiences have been.

I would describe my music as energetic, fun, clever, and meaningful. Although I’m a country music artist, I pull my influences from a variety of genres. My country music influences are Morgan Wallen, Jake Owen, Eric Church, and Kip Moore. I also love the rock world and am influenced by Trent Reznor & Corey Taylor. I’m drawn to these guys because of their artistry, songwriting, and their pursuit of carving their own paths.

We’re holding an industry showcase on October 29th at the Bottom Line in Toronto at 6 pm. The purpose of this show is to introduce myself to the industry to create awareness on my project. We’re starting to line up shows for 2020. This summer I’ll be opening for one of Canada’s largest country acts, I’m excited to announce the details soon.

My live show is energetic and engaging. The live show is one of the best parts of being an artist in my opinion. It’s exciting because you’re performing music in an environment where anything can happen. It’s a chance to connect with an audience and try to help them forget about the stress of the day to day.

Definitely my latest single, “You’re The One”. This song best represents me as an artist. It’s upbeat, fun, clever, and energetic. Sonically speaking, it’s what you can expect from me on future releases.

I’m a big fan of Dallas Smith and Tim Hicks. These guys come from a rock background and incorporate that influence into their music, which inspires me.