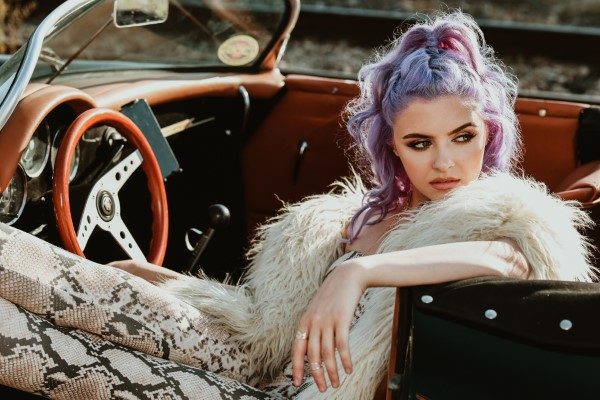 Growing up in Vancouver, Geneva recently made the move to Toronto. During her career she’s shared the stage with artists like Shawn Hook and Ria Mae. The budding artist is working with some of North America’s top writers and producers on her debut EP such as Sammy G and Bobby G (Alessia Cara, Christina Aguilera), Jimmy Harry (Kelly Clarkson, Britney Spears), and Matt Beckley (Camila Cabello, Avril Lavigne).

We caught up with Gabriela Geneva to talk travel, influences, and new music.

You’ve mentioned that over the years you’ve moved around Canada and Europe – how have these experiences influenced you as an artist?

It definitely gives me a lot to write about. I mean even as a teenager, I had done and experienced things that not many people my age had. So it was tough, but it was also really amazing and taught me a lot.

What is it about living and making music in Toronto that you’ve decided this is where you want to be in this stage of your career?

To me, the heart of the Canadian music industry is in Toronto. I’m glad I had people around me who gave me the advice to move out here and be a part of the Toronto music scene because it has proven to be the right decision a million times over. The city is full of countless amazingly talented musicians and writers, and I’m so lucky to be around them because it has really helped me grow as a singer, as a performer, and as a writer.

How did you land on “Sweeter” as the debut single? And tell our readers what this song means to you, because it’s incredibly relatable.

I tend to go with my gut, and “Sweeter” just felt like the right song to lead with for this upcoming EP. Initially, we (myself, Zach Sorgen, and Matt Genovese from Analog In The Digital) didn’t write it with any one artist in mind. We got to the studio and I had this lyric I had jotted down: “Things change with the seasons, here now but I’m leaving”, which is the first lyric of the song. We went off that, and I’m really stoked on how we captured the feeling of having a finite moment with someone, knowing it’s going to end, and really relishing in the fact that you’ll always have this amazing memory and it’ll never be tainted. I loved what we wrote and I knew the song had to be mine.

Would you credit any artists as influences in terms of the way you approach your songwriting?

I think what I enjoy about the music climate right now is that most lyrics are so conversational. If you remove the music and just speak the lyrics of most songs on the charts right now, it’s always things you would actually say. I love writing like that, and I’m just super inspired and excited that that’s what’s happening.

What details can you share about your upcoming debut EP?

I’ve played it for some of my girlfriends and the feedback is that they’d blast the songs on nights when they’re getting ready to go out and want to feel like a bad bitch, when they’re driving on the highway and want to scream-sing about their ex’s, when they’re sitting at home on a chill weekday night just vibing… so, I guess with this EP I gotchu no matter where you are.