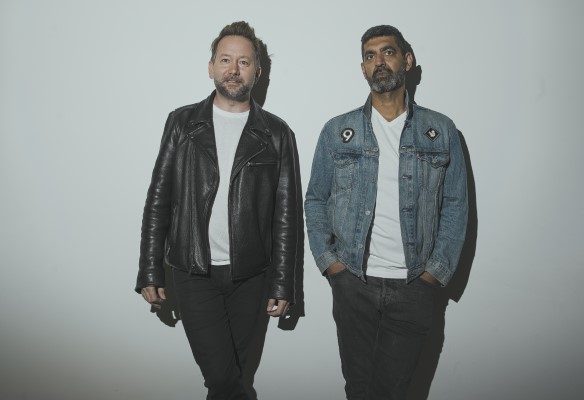 Wide Mouth Mason formed back in 1995 in Saskatoon, SK and released their debut album, The Nazarene in 1996, and was then re-recorded in 1997 with some new songs, this was the release that helped them cement a major label deal, Gold status in Canada, a JUNO nomination for Best New Group, and launched their career as one of the country’s most popular blues-based rock bands.

Through the years, the hits followed, and now in 2019, we find the band as a duo with original members Shaun Verreault on vocals and Safwan Javed on percussions and vocals. Their 8th release, I Wanna Go With You is set for release on October 25, 2019.

Today, we unveil the single, “Bodies in Motion” in advance of the album release.

“I started writing Bodies in Motion while travelling across North America in a vintage train. As I lay on the little bed in a sleeper car from 1916 and looked out the window as we rolled down the line, it hit me that we were gonna keep moving whether I was awake or asleep. That life is relentless motion, even when you’re laying still.”

Check out the single below and stay up to date with Wide Mouth Mason via their socials.