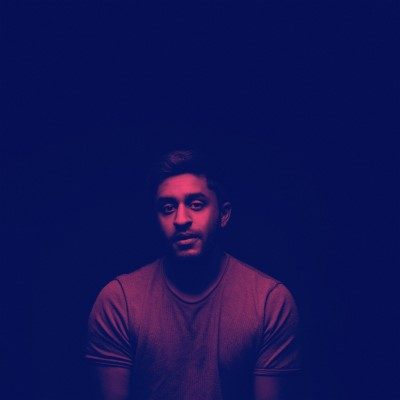 Edmonton, Alberta’s Josh Sahunta has spent a good chunk of his career performing across Canada, but has more recently hit the UK & NYC introducing his debut album, Dissonance and, in turn, new single/video, “Wanting”, to as many music fans as possible!

This new video for “Wanting” (featuring a main love interest) has a much different vibe than your previous work in “Thick & Thin” (featuring older couples); how does the creative process work for you when it comes to each new video shoot?

I really like it when each new video shoot (and each new song for that matter) has a completely different story and vibe than the previous unless of course, I am doing a concept album. When I’m simply releasing singles, I don’t feel as compelled to stick to any consistent theme, so there’s a lot more leeway when it comes to creative angles. For “Wanting”, I really wanted to play with the High School Musical vibe, and create something fun, something that doesn’t take itself too seriously, and something that is a bit more relatable to my demographic.

This video was also a bit of an exploration of myself in some way. I’m not a dancer by any stretch (and I had only 2 rehearsals to learn the moves for the video), but I just wanted to see if I could even remotely pull it off. I’m no Usher, but I think I did okay for two rehearsals.

Last time we spoke, you were preparing for your first UK tour! What were some of the biggest takeaways from that experience?

Touring the UK was by far the greatest experience in my musical career so far. The vibe there is completely different, and people in England actually go and see live music for fun on a typical night out. That’s not something that I’m used to where I live. Every show that I was on the bill for was sold out and I made a ton of new fans. I’ve already started planning my follow up tour for August next year!

My biggest takeaway was probably learning that I can have just as effective of a tour with just myself and an acoustic guitar as I probably could with a full band, for a heck of a lot cheaper. As much as I love performing with a band, it’s not always convenient, and so it was great to see that I was still able to have such a successful tour on my own.

Where in the world do you still dream of touring?

I would love to tour the USA and Australia. Based on my streaming analytics, I have much of my listeners coming from the Sydney area as well as New York and LA. My goal is that by 2021, I will have enough connections and momentum built to tour in either Australia, the US or both.

You’ve also recently performed at the MONDO festival in New York as well as receiving an invitation to perform at an elementary school in Edmonton (adorable); which would you say is your favourite environment to perform in?

MONDO was phenomenal and such a great environment for networking with industry and other incredible talent from all over the world. I actually wasn’t even expecting to get offered a showcase (I just applied because it was free to apply) and so it was a game-time decision to make the trip down to New York and do it. I did also perform at an elementary school! It was the most adorable thing. The kids loved it and asked so many amazing questions for their age. I would definitely do it again.

I would say that my favourite environment to perform in would be smaller, more intimate shows where you can actually interact with the audience on a more “human” level, as opposed to just being some sort of spectacle on stage. I love when I can dialogue with the audience. It makes me so much less nervous and it makes the whole experience a lot more fun.

What else is coming up for you in the next six months?

I recently wrote and recorded English lyrics to a song that is going to be one of the main songs in a major Bollywood movie that is coming out in November! I can’t give away too much information just yet, but all I know is that I don’t even watch Bollywood movies but I’m very excited to see this one.

Aside from that, I am beginning the writing and recording process of my second major album which I am planning to release sometime next year. This album is going to be a close examination of who I am, how it feels for me to interpret the world as somebody who suffers from anxiety and depression, being a person of colour and how all of that ties together. It’s going to be good, I can feel it.