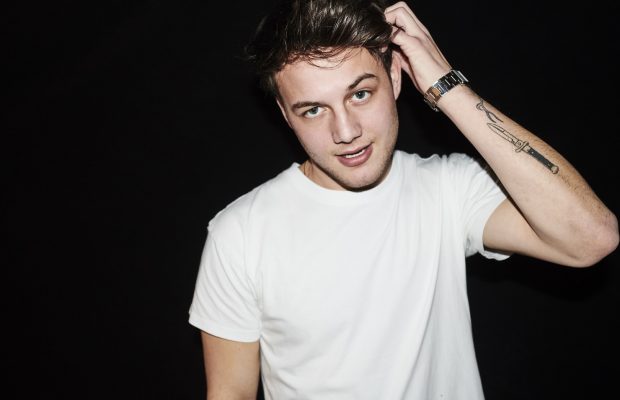 “I feel alive in this music, I think that’s where the name came from. I love that ‘banzai’ is used as a patriotic cheer and battle cry. It’s kind of like the Japanese version of ‘hooray’ and shouted in the same sense as ‘long live the King’ in English… This relates EXACTLY to how I felt making this,” he continues. “It’s a battle cry for being original. I wanted to celebrate coming into my own.

Although 90% of the album is about a relationship, a lot of the back-end emotion came from just being 21 or 22 years old, and figuring out who I wanted to be and what I wanted to say.”

Check out the album below and find out more about Zach via our Five Questions With segment.

I have gappy teeth and wondering eyes…

I moved to Milton, Ontario at 8 years old.  Being new to my snowy surroundings and with not much else to do, I watched Jack Blacks “School of Rock” a few hundred times, which lead me to find my mother’s old guitar and as soon as I could play a few chords, I began singing and writing. I was in a few bands in high school and then went to college for music at Fanshawe, in London, Ontario. I’ve since released two EP’s and a bunch of singles.  On October 10th, 2019 I released my first full-length album “Banzai”, on all streaming platforms!

I have to admit I am a bit of a hopeless romantic, so a lot of my songs are stories of love. Although I may not express it in the same poetic styles one would imagine – more so cheeky, if you will – I assure you the songs will speak to you if you have ever been young and in love…or out of it.

Even though my songs tend to be very personal, the concept usually subconsciously comes out while I’m freestyling over a guitar loop I wrote or a beat.  I feel like a lot of the songs are already in me, and if I try to hard to get them out, they don’t quite stay true to what I am actually feeling – the more natural the better.  This way of writing seems to make it easier for listeners to relate also because although the words are very personal, I believe it’s written in a way that anyone can connect the songs to their own experiences.

My music is said to have similar vibes to Khalid, but because of my singer-songwriter background (John Mayer obsession) and my English heritage, it remains very unique as a whole.  The production surrounding it is super modern and can be described as Post Malone-esque, which definitely throws the sound into an R&B/Pop genre.

I am playing the Horseshoe Tavern in Toronto, December 10th!

Expect something different.  We really love using a lot of live instruments for a real feel and also tracks to keep it bouncy and modern so that you as an audience get the best of both worlds!

You may cry, you may laugh, you’ll definitely dance, possibly sing, perhaps clap along and of course, above all, you’ll be transported into another realm of musical understanding where you won’t be sure what is real and what isn’t… Only joking but come check us out! A few other musicians accompany me usually as well.

I think I would go with “Blank Stare” off my latest album Banzai.  This is definitely one of my favourite songs I’ve ever written.  I believe it’s the most unique sounding song off the album but feels most like me for sure.

I made it with a very talented producer friend of mine Damian Birdsey, and it was one of my favourite collaborative writing sessions I’ve been a part of.  Everything was just so organic and we didn’t question or overthink any part of the process.  I think the overall concept of the song speaks to a lot of people too, so we usually get a really good reaction from it when we play it live.  I think it’s definitely a song you feel, listening to it with your eyes closed or something like that.

Right now I think Scott Helman is killing it.  His songwriting seems to be way ahead of his years and he just knows how to get the people going when he plays live.  I really enjoy listening to his stuff because you can throw it on no matter what you’re doing; he has a little something for everyone.