Home / Promos / Basement Revolver release video for “Have I Been Deceived”

Basement Revolver release video for “Have I Been Deceived” 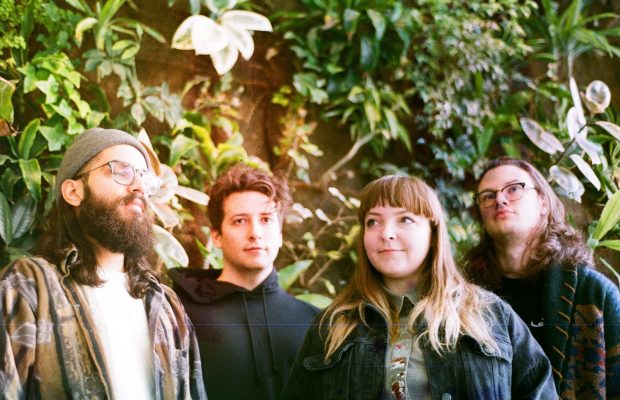 Hamilton, ON-based band, Basement Revolver have released their new EP, Wax and Digital via Sonic Unyon Records. In addition to that, they have shared a video for the second single, “Have I Been Deceived”.

Looking back at the religious upbringing that guitarist/vocalist Chrisy Hurn has – for the most part – since left behind, and gazing ahead at the person she hopes to become, “Have I Been Deceived” finds her further questioning “the shit I’ve held on to” in a dreamy country-rock sway.

“Think about “Have I Been Deceived” as an open letter to God. This past year, I have been feeling like I was brainwashed. I was taught to think in a particular manner, taught to love in a specific way, taught to think about my body and sexuality in a specific (ahem oppressive) way, and quite honestly at the time, I ate that shit up. I was the girl in highschool trying to convert all my friends, telling everyone to stay abstinent, listening to every Christian band that sounded almost as good as the real thing. That was my entire identity. Throughout my twenties, this identity fell apart.

I’ve become increasingly uncomfortable with who I was, so much that being around any type of Christian culture, makes me feel nauseous, or worse.

I want to let that go, I want to think clearly about faith, but I am afraid that I am not able to. I am afraid that I was gaslighted into loving something that is wrong or an ugly version of something that could be good. I don’t know who I am without my past. I don’t know who I am moving forward. I wish I had a more clear answer but I don’t; I am just here.”

Check out the video below and keep up to date with Basement Revolver via their socials.