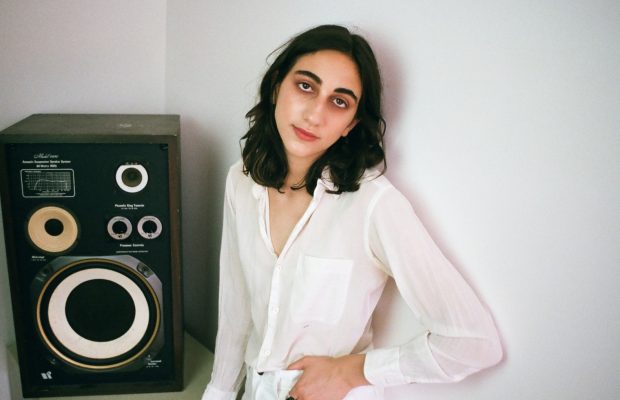 New York-born, Montreal, QC-based artist, Common Holly is about to release her sophomore album, When I say to you Black Lightning on October 18, 2019, via Royal Mountain Records. She has released two singles from the album, first was “Central Booking” and then “Joshua Snakes”. Check out the video for “Joshua Snakes” below and find out more about Common Holly in our Five Questions With segment.

Hi! I’m Brigitte and I have a singer-songwriter project called Common Holly which is based out of Montreal. I am about to release my second LP, When I say to you Black Lightning, on October 18.

I think the genre of my music is a bit confusing, which for some people is cool and for others, not so much. Ranging between indie rock and intimate folk ballads, the main thread you can find in the music might just be an honest exploration of life and its challenges. I like to write stuff that is humorous but where sometimes, the humour is so dry that it’s hard to notice.

My first headlining tour is coming up at the end of November with North American dates that take us from Montreal to San Francisco. I perform now with a full rock band, and it’s a really fun show. It definitely rocks harder than the recorded music, which I think makes for a unique live experience.

That’s a tricky one because I think they’re all quite different… So maybe ‘Joshua Snakes’ to get a sense of how whacked out things can get. But then maybe also ‘Measured’ to see what sort of contrast there is.