It’s one thing to see a legendary band play classic club shows and summer music festivals, with setlists filled with hit after hit (and a few new tracks thrown in for good measure!).  But to see them play to a theatre crowd looking to absorb every note of the band’s finest album is a beautiful treat all the same!

After decades of touring Canada’s best clubs and music halls, Sloan’s 21th anniversary celebration tour of their classic 1998 album, Navy Blues, brought the band to the historic Imperial Theatre in Sarnia, ON, this past Tuesday night, and the change in venue proved to be a surprising and welcome reinvention for Nova Scotia’s Fab Four.

Originally a movie theatre built-in full art deco fashion in 1939, the Imperial Theatre was fully restored to its original elegance becomes a performance art venue in 1997.  Although the theatre has since hosted world-class Canadian artists, as well as popular local theatre for over 20 years, the addition of modern pop and rock artists is a relatively new addition to the stage.

With Navy Blues, Sloan treated the warm, Tuesday night, Sarnia audience to everything the titans of Canadian indie have to offer.  The album, released in 1998, once again proved the now-Toronto based quartet were far from finished after heartbreaking label abandonment and a near break-up and solidified their place as Can-rock royalty. From Chris Murphy’s banger of an opening track, “She Says What She Means” (an absolute classic this reviewer had never heard live up until this point!), to Patrick Pentland’s soft and melodic closer, “I’m Not Through With You Yet”, the band weaved through their signature display of diplomatic pop craftsmanship. The crown jewel of the Sloan 200+ song catalogue, “Money City Maniacs,” was met with thunderous applause, while Jay Ferguson’s sweet and joyful “C’mon C’mon” and “I Want to Thank You” had even new fans singing along.  Andrew Scott’s powerfully loud “On the Horizon” reminded the captivated crowd to never underestimate the drummer.

After a short break, Sloan broke into a set of album cuts and hits spanning their 27-year career.  Fans were thrilled to hear tracks like 2003’s “Live On” from Action Pact, “Who Taught You To Live Like That?” from 2006’s Never Hear the End of It, and “People of the Sky” from the Sloan’s beloved Twice Removed.

In a lovely surprise, Tuesday night’s show also included a ten-minute opening set by Silent Wall.  Consisting of Sloan guitar tech, Haris Cehajic, and drummer Nic Fera, they played their first show in front of the Imperial Theatre patrons, who couldn’t get enough of the rockers. Silent Wall are scheduled to open for Sloan for the next three stops on the Navy Blues tour; which will include a hometown performance at the Rose Theatre in Brampton.

After almost 30 years, Sloan has graced all the stages of Canada with their powerful brand of pure rock and roll.  It’s easy to quote the band themselves and say they’re “still the same after all these years,”  but I can’t think of another band that still has the power to surprise, delight, and remind even the most dedicated fan just how damn good they truly are, even after all these years. 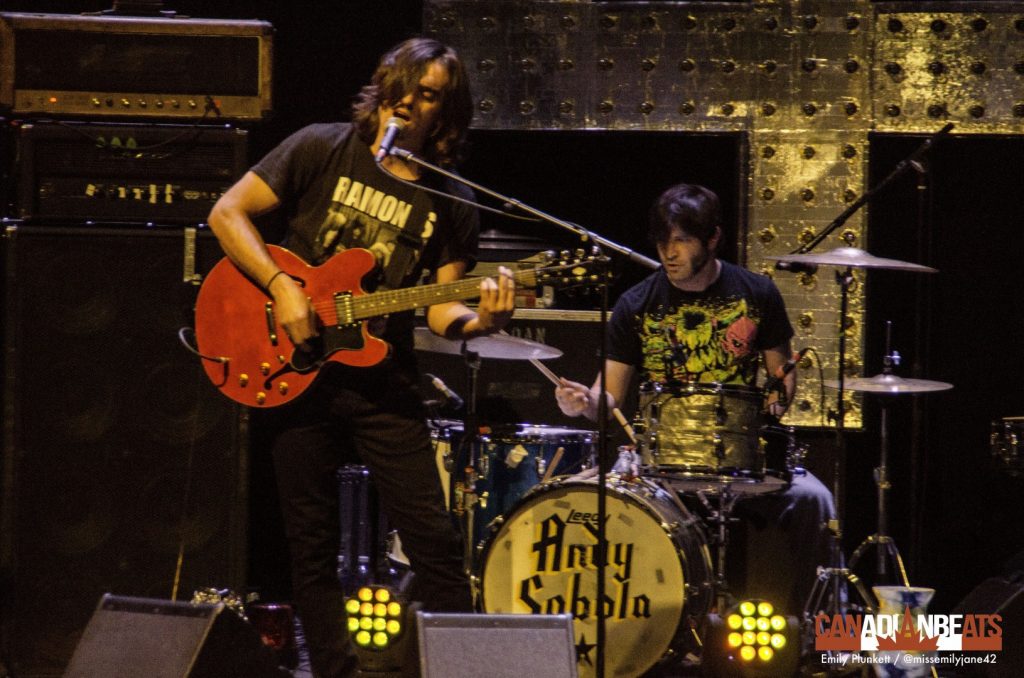 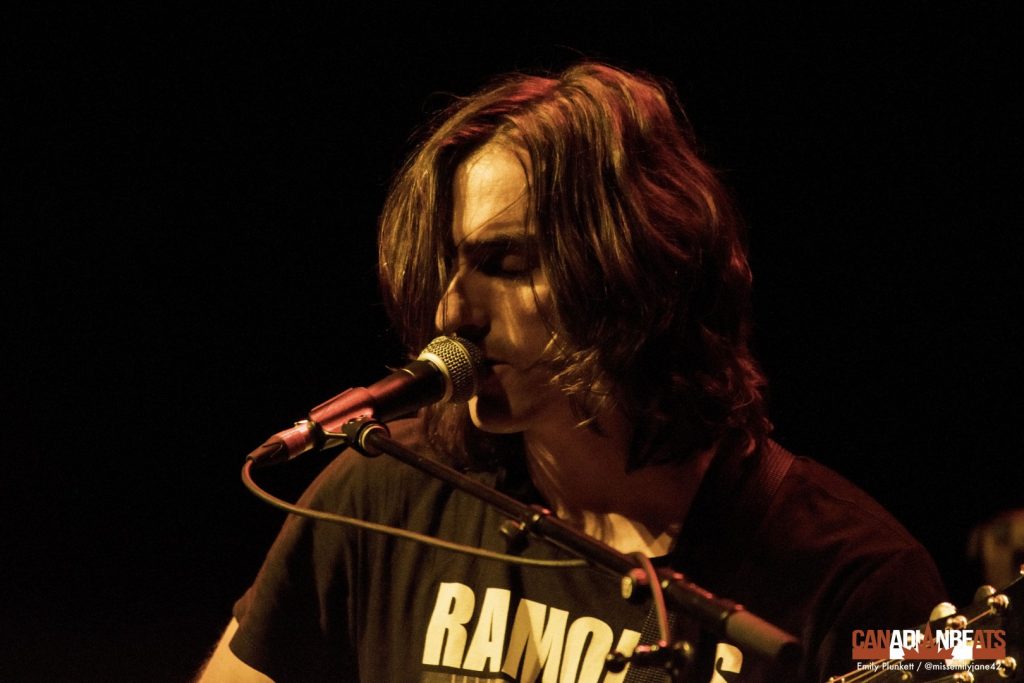 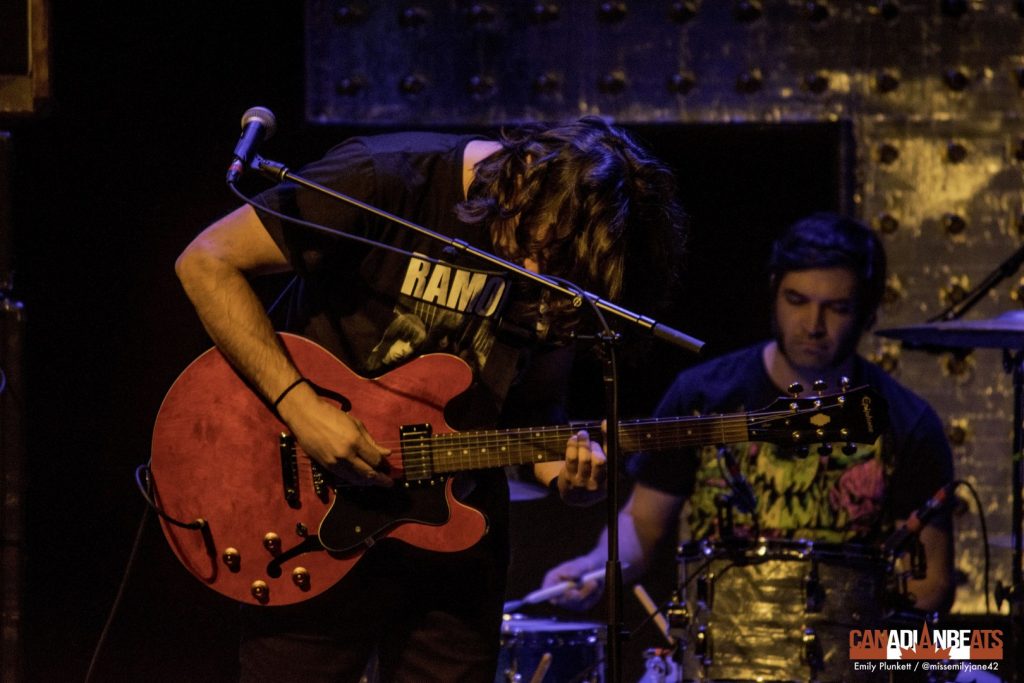 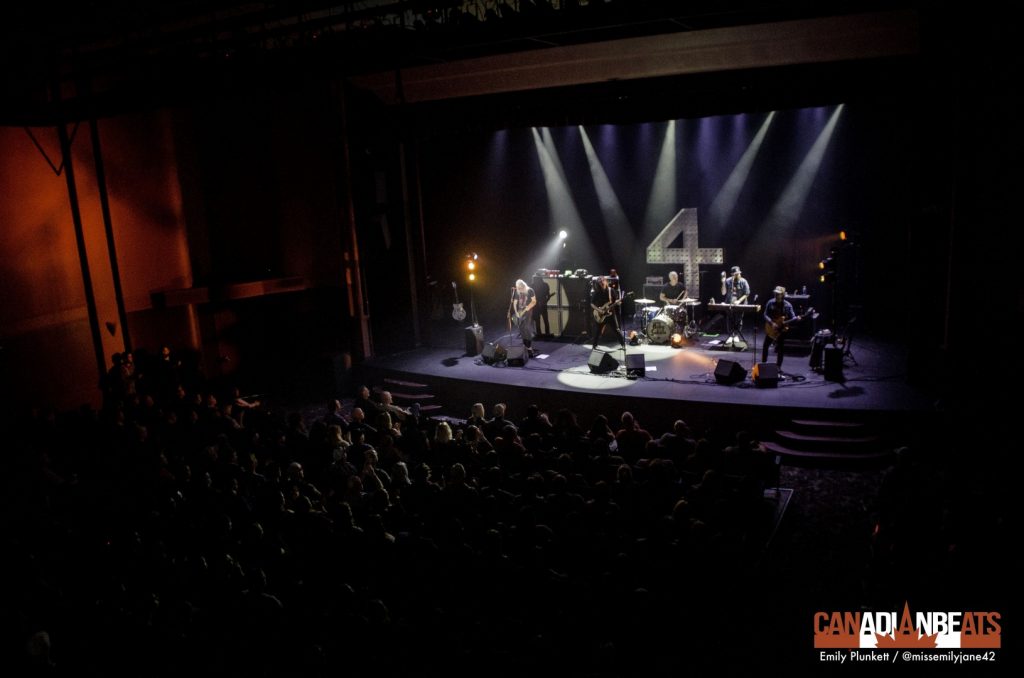 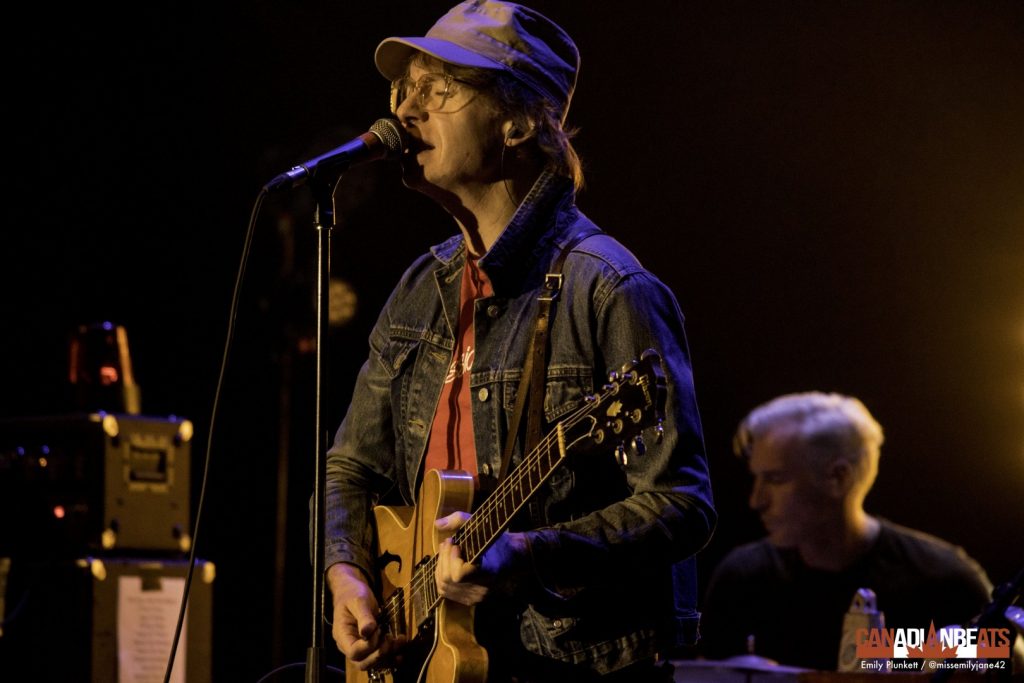 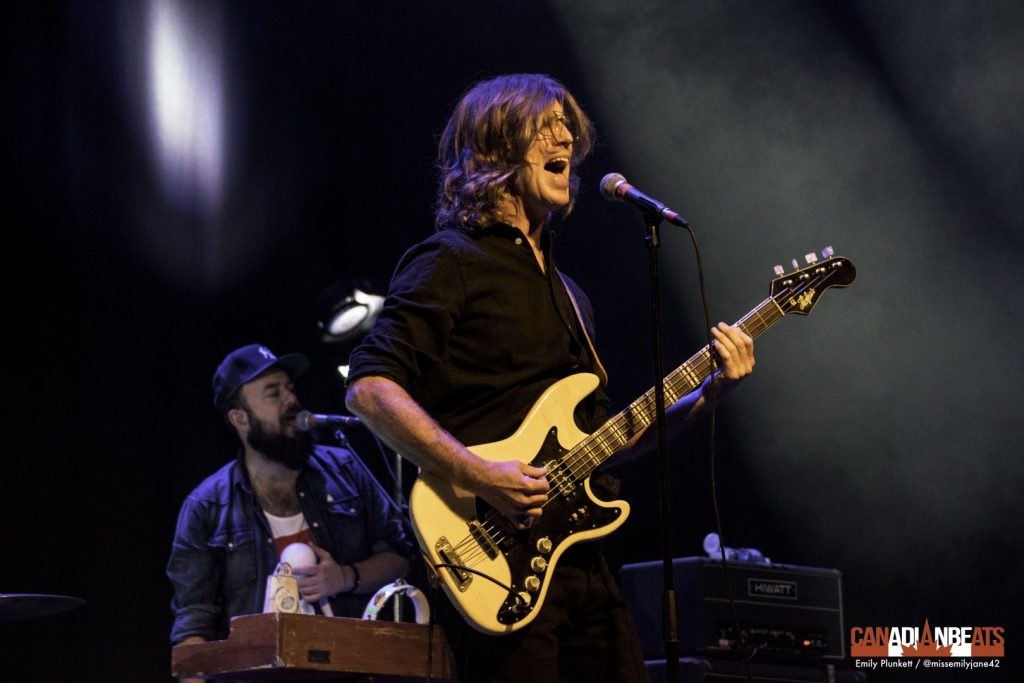 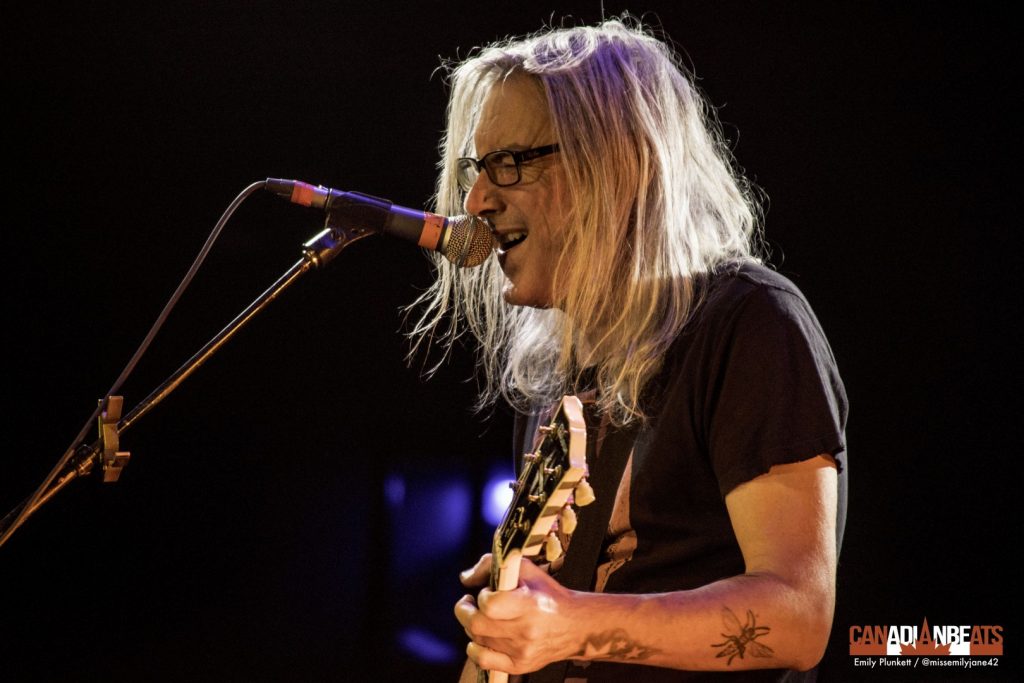 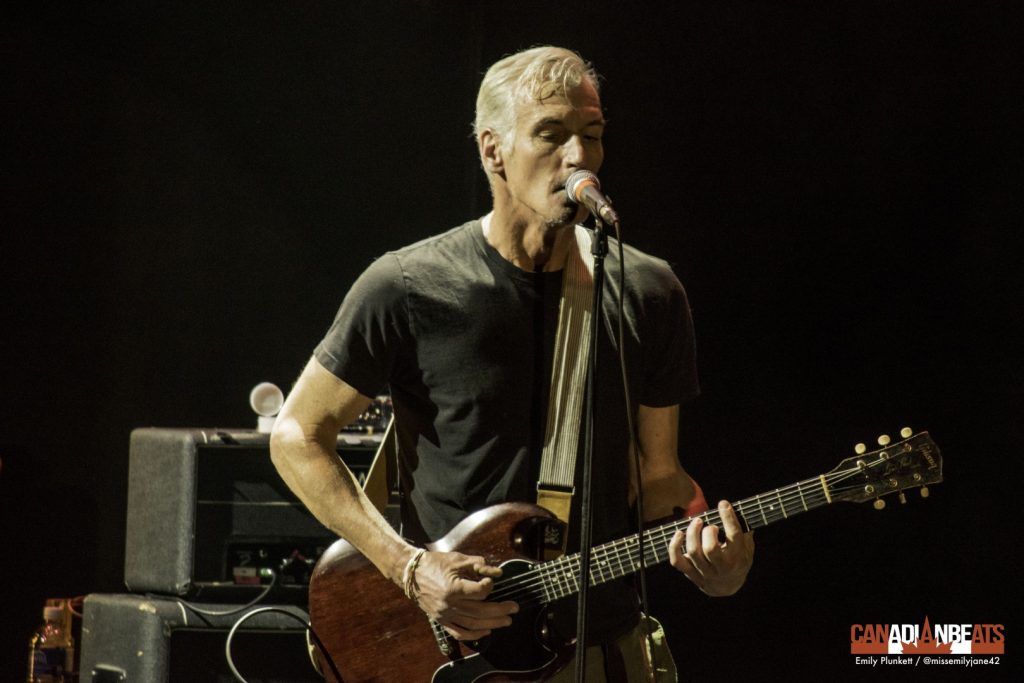 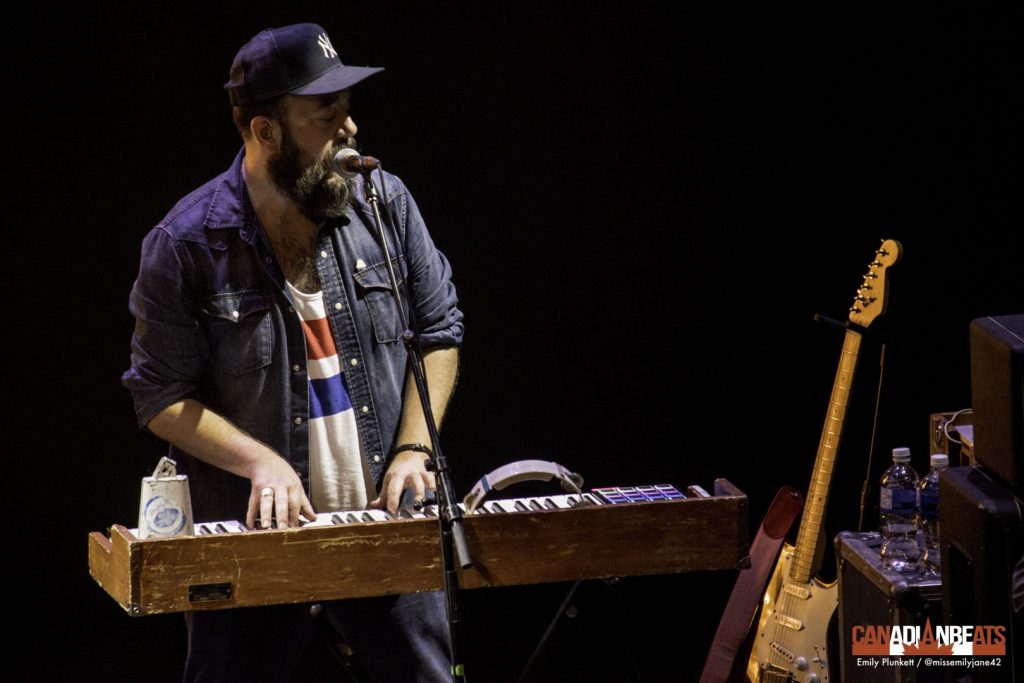 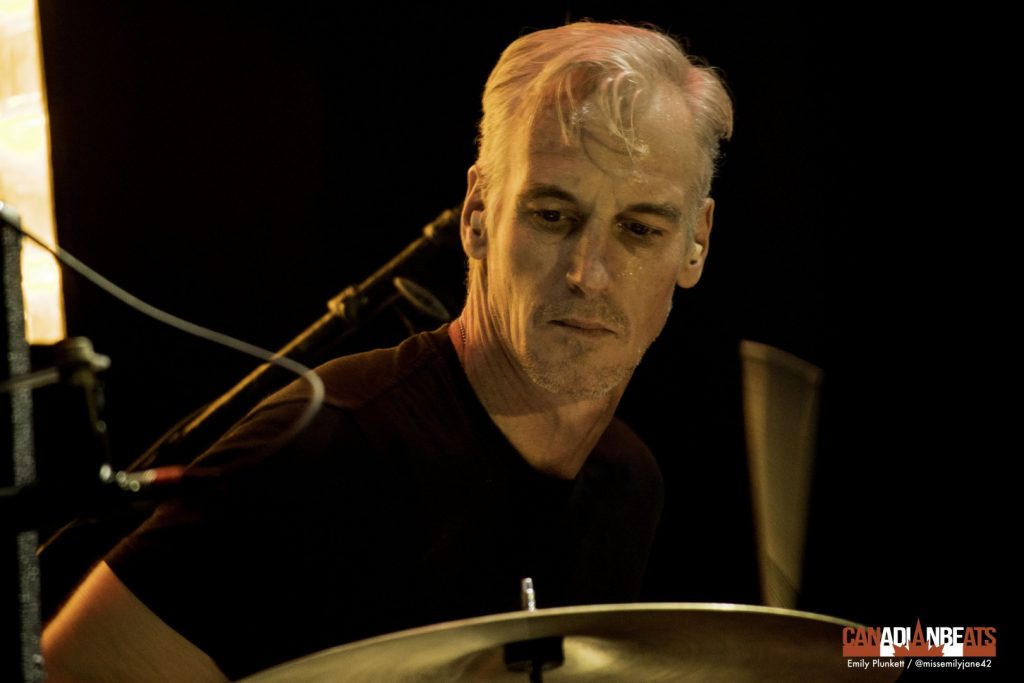