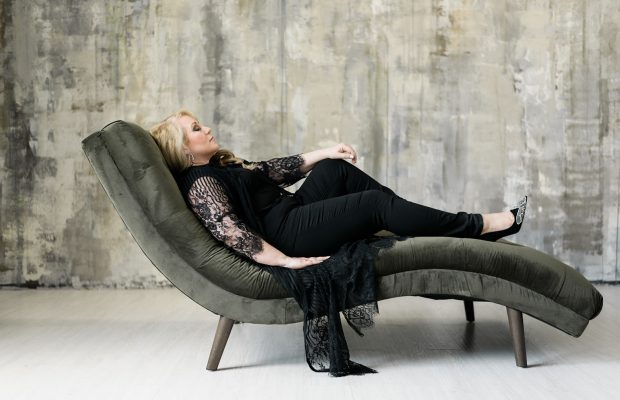 Oakville, ON’s country-pop singer-songwriter, Lori Lynne Johnson is back with a brand new single, “Courage” from her EP, Heartache & Healing which was released on September 25, 2019.

Check out the single below and find out more about her, and the single in our Five Questions With segment.

Throughout my life, I have had 2 passions; music and medicine.  I first chose the medical path, becoming a Registered Nurse and Respiratory Therapist.  While I found caring for others very fulfilling, it feels right to now focus on music and perhaps offer a larger audience a different kind of healing.  I am following in the footsteps of Canadian Country Music Hall of Fame inductee Paul Brandt who was also a nurse prior to beginning his music career.  Country music has been a continuous thread in my life.  Beginning with Anne Murray and Dolly Parton, then later Trisha Yearwood, Faith Hill and currently artists like Chris Stapleton and Ashley McBryde.  I am drawn to songs that weave stories sung by an authentic voice.

My music has been called “Elegant Country”.  Fans have remarked that my voice can feel like being wrapped in a warm blanket or hug.  Others will sometimes be moved to tears.  Most of the songs I wrote on my EP “Heartache and Healing” began as phrases and occasionally melodies spontaneously dropping into my mind.  I kept a notebook and would write down lines and ideas as they would come to me.  Or, sing them into the voice notes on my phone.  When I began to construct the songs, I started with lyrics.  The first song written was Remember You Instead which loosely reflected on my life and I styled it where each verse tells a different part of the story but are anchored by the common thread of the chorus.  For the melody, my producer chose the key and strummed along on guitar and the melody just spontaneously came out.  We had the song done in a couple of hours.  The other songs flowed along quite easily as well and 5 songs were written in just a few weeks.  I write songs from the point of view of a woman who has experienced the many layers of life.  Love, loss, relationships, doubt, empowerment and overcoming challenges.

Last weekend I was very fortunate to be asked to perform a private concert for a group of 200 women.  Live performances are exciting as they provide an opportunity to share in an audience’s energy which always elevates the emotions of the songs.  When performing live, my intention is to give the audience the experience of a song being sung for the first time, no matter how many times I may have performed it.  This occurs through the emotional expression of the artist’s body that can’t be felt in only a recording.  My performance coach once gave me a great piece of advice: approach every stage with the intention of making magic and changing lives.

If I could choose only one song to share it would be Courage.  It was inspired by a friend who was diagnosed with breast cancer.  I noticed that often when women are diagnosed with cancer people are comfortable with the expressions of being strong and fighting the disease, but don’t know how to respond when someone expresses fear or needs to cry.  I was struck by the idea that it takes even more courage for a woman to show vulnerability and admit they can no longer do all they did before their diagnosis.

Canada has always produced a rich variety of talent across many genres.  Some of my current favourites are Tenille Townes,  Jess Moskaluke,  Madeline Merlo, Dallas Smith, Jann Arden, Serena Ryder, and  k.d. Lang.