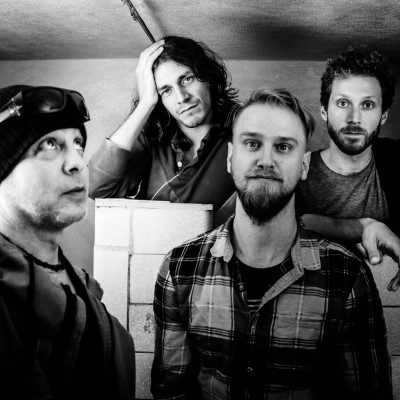 Niagara, ON-based band Stereo Sunrise is back with two brand new songs, which were recorded at Beach Road Studios over two years with Siegfried Meier.

The ‘B-side’, “Rattlesnake”, was actually recorded back in 2017 with Stereo Sunrise’s previous drummer, Tommy Metcalfe, but was never released. The band returned to Beach Road in 2018 after a good friend of the band passed away.

The group tracked the single, “Florida Pine”, over a weekend.

“We lived with the song for some months and we lived with our loss,” says bassist, Arih Struger-Kalkman, “then we went back to the studio in the fall to add some more tracks.”

“Florida Pine” attempts to capture that feeling of the days going by, the glimpses and sunny (or not-so-sunny) parts that are left after someone leaves, and how hard it can be to say goodbye.