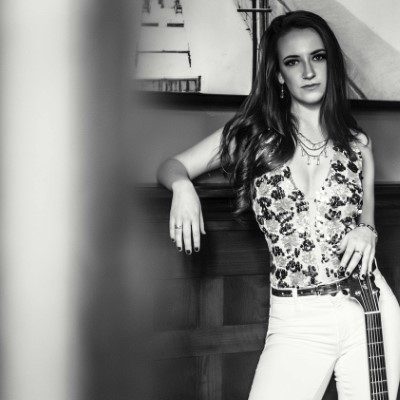 Canadian, Nashville-based country singer Ashlynne Vince has released a video for her newest single, “Home”. The video was filmed in Banff, Alberta and Ashlynne says that the song is her story, and is a song that anyone who has been in love can relate to.

Check out the video below and find out more about Ashlynne via our Five Questions With segment.

Hi, my name is Ashlynne Vince. I’m 22 years old but I’ve been around country music a good long while! I made my first trip to Nashville with my mom when I was 15 years old and now, I’ve been down there living on my own for almost 3 (wonderful) years. I recently released my 8th song to Canadian Country Radio and I’ve never been more excited about any song as I am about this one!

My music has gone through an evolution as I have been working out my sound. Before releasing to Canadian Country Radio, I released two Pop songs in the USA. Both charted Top 40 on the Billboard Indicator Charts – but I hadn’t written either of them and I never felt like those songs were “me”. More recently, I have written and recorded several songs – these songs are about me and my life experiences and my hope is that people can identify with my music, that my music can heal, or that someone will think “that’s exactly what I’m dealing with!”. I often write with my mom because I feel like she “gets me”. Also, she’s an English teacher at a university, so sometimes she can “translate” my thoughts using words that make sense. I also write with my producer, Nathan Meckel, in Nashville and he often introduces other seasoned writers to come on in with a project or a concept that I’ve been working with.

As I live in Nashville, I play almost daily down on Lower Broadway (either at Toostsies, Honky Tonk Central, or Rippys) but I’ve also done shows at just about every bar on the strip. If I’m playing with a full band, you can bet your butt that the show will be extremely high energy and full of excitement – those are the kinds of shows that require both an entertainer and a musician. If you happen to catch me doing an acoustic set – you will see the soften, more genuine, authentic side of me as I will really be into my music and “in my feels”. I just finished a singer-songwriter show in Canada at the Moonshine Cafe hosted by Dave Woods, and it was more of a Listening Room experience. I love the balance of both types of shows because I feel that you need variety to really showcase yourself as a full artist.

Definitely “Home” … it’s at radio now. I just finished up an amazing video filmed in Banff to go along with it. I’m very proud of this song!! I wrote it, wrote the music for it, and LOVE performing it. I won’t say directly who inspired it…but there is a little romance involved

I just came home from the CCMAs and I saw so many amazing performances!! I love the harmonies of High Valley and the Abrams (family harmonies are so awesome!) Outside of country music, I LOVE Alanis Morissette and often cover her music down in Nashville.