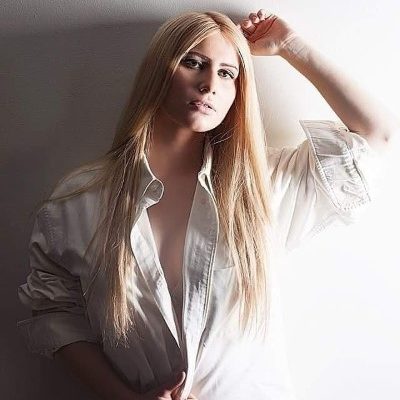 Ontario-based artist, Leanna Chapman released her debut single, “SIN” on September 28, 2019. The lyrics were written by Leanna herself, and the music was composed by multi-platinum producer MaxxBeats.

Check out the single below and find out more about Leanna via our Five Questions With segment.

I was born in Cobourg, Ontario, a small town with a beautiful beach. My parents always had music playing in our home and my mom taught piano and singing for a living. So I grew up surrounded by music. I started singing as soon as I could talk and began writing songs as a young child. I loved everything about music. Whenever my friends would come over we would put together little shows and force my parents to watch us sing and dance. We moved to Guelph, Ontario the summer before I started high school and that was my first experience with depression. Not knowing anyone, I spent all of my time listening to music, writing songs, and singing. I guess that’s when music became my therapy. Being consumed in music helped me cope. My dream was always to become a performer and that dream kept me going through many dark times in my teenage years. After high school, I started working and moved out and got a taste of the real world. I derailed from my dreams and the more time that passed, the less attainable I felt my dreams were, and eventually, I gave up on them. This year has been very challenging for me, I have been through a lot and reached a very low point. After self-healing I started thinking about the dreams I used to have for my life, and started wondering why I never had the faith in myself to chase them. 5 weeks ago I decided it was time to chase my dreams. I have worked very hard starting a social media presence, speaking to others in this industry, and writing my first single ‘SIN’, and on September 28th my debut single was released. This experience has been long-awaited but very fulfilling and rewarding. I feel complete, I feel like everything is coming together and I am fulfilling my destiny.

My writing style is very consistent..consistently random. I randomly hear a melody in my head or a phrase of words and from there I brainstorm how to create a song from it. Once I have the idea of my song’s story, the rest is pretty simple for me. I can bang out a song in 10 minutes. I do find it easier to write lyrics and find music after than to do it the other way around. Writing lyrics around music takes me longer, closer to an hour I would guess. As for my genre, I would classify it as Pop. My inspirations for my music style are Britney Spears, Leona Lewis, Ariana Grande, LeAnn Rimes, to name a few.

I haven’t yet performed live, but I look forward to having a live performance in the future!

I have recently released my debut single ‘SIN’, I would not only suggest it as it’s my only original song released as of yet but also because it’s a fun, upbeat song that’s easy to sing along with.

The Weekend, Avril Lavigne, Ria Mae, Lights. I’m also a fan of Keshia Chante and Fefe Dobson, although I haven’t heard any music from them in a long time.