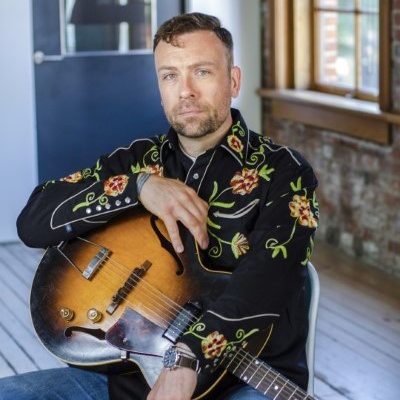 Alberta-based Matt Patershuk will be releasing his newest album, If Wishes Were Horses on November 1, 2019, which follows his previous release, Same As I Have Ever Been from 2017.

He worked with producer Steve Dawson, and a fine band of Chris Gestrin (keys), Jeremy Holmes (bass), and Gary Craig (drums). Recorded at Vancouver’s Warehouse Studios, with some special guests such as Charlie McCoy, Kristin Weber, and Larissa Maestro.

Check out the brand new video for “Last Dance” below and find out more about Matt via our Five Questions With segment.

My name is Matt Patershuk. I live in the NW corner of Alberta, near the start of the Alaska Highway. I have a fantastic wife and two amazing daughters. In addition to writing songs and signing them, I work for a bridge construction company and spend time keeping things up for the myriad of animals we have on our small piece of land.

I like all types of roots music. I appreciate musical variety. I like it when you mix ‘em together.

I like to try and get to the point. I think it’s important to write clearly to give the listener the best chance to get the point you’re trying to get across.

Yes, we do. We’ll be going from the west coast to Saskatchewan with most of the stops coming in Alberta.

You’re going to hear a variety of original roots music. I always hire a good band. We’ll work hard for you I promise.

Fred Eaglesmith is among the best songwriters anywhere in my opinion. Can’t beat him with a stick.