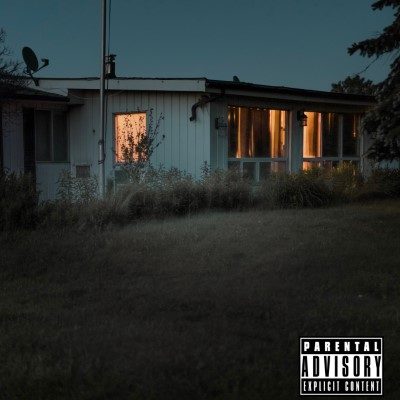 Hailing from Hamilton, Ontario, KVNE set out to make his debut album something everyone can connect too, making his sound more vulnerable than what he is known for and making himself more versatile.

The opening track “Gamble” shows the vulnerable side from the start, with a steady beat throughout, where he talks about how he made some money but never let it get to this head, even though he had the option to do so. “I Know” is a callout song to people who use and lie to people for their own gain, taking about how they want riches and fame, even though they stay ‘down-to-earth’ the entire time.

“Ballerina” was a single he released during the album release as a music video. This song is similar to “I Know” as it focuses on how people can use you for their own gain. He compares it to a ballerina as she dances her way around to what she wants, going deeper into detail in the song.

“Dissolve” was another track released as a single along with the album, a slower track that focuses on what seems like issues KVNE has, like insecurities and even anxiety. A very relatable song to anyone who suffers through these issues on a daily basis and may not have an outlet like KVNE has.

“Make Me Better” is my favourite track on the album, as it is a love letter to a girl who changed his life, in the biggest and smallest ways. People can change your perception of anything and this song focuses on the little things that relationships help improve.

The final song “Call Back” features LowKeytm and is a dark and heavier tone than the rest of the album, focusing on the social media aspect of people using each other, and how he’s fighting with himself to ignore it but can’t. A very relatable song to people who are going through their own relationship issues.

KVNE said he would be more vulnerable and versatile in this album and it shows as every song on the album hits a personal note to the listener as people can relate to the topics he’s singing about. Mixed with the music, these tracks are a great listen to anyone into R&B or Hip-Hop as I can hear modern-day music influences throughout this album.