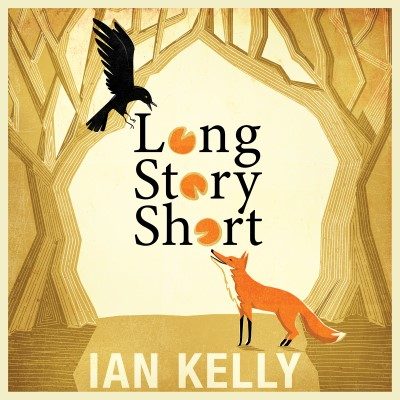 Overall, Long Story Short feels like a warm blanket after coming in from the cold – intimate, optimistic, but with an awareness of the storms outside and the chance a chill might crawl in under the sheets if we don’t bundle up with it. Long Story Short, in short, feels compelled to have the listener resonate with it’s warm, honest affection. The album achieves this mood by using Ian Kelly’s dusky, yet light tenor with an accompaniment of drums, bass, guitar, keyboard, horns, and violin, and featured female vocals.

Standout tracks on Long Story Short to me are “Odd Places” and the track “Long Story Short”. “Odd Places” has an upbeat, bouncing drum line, but mournful undertones from the rest of the accompaniment. The effect is sorrowful but hopeful which fits track’s lyrics on losing a lover, but parting with the understanding they may reuniting again in unplanned, “Odd Places”. The track “Long Story Short”, however, is an interesting departure from the rest of the album as it is only instrumental. A haunting mood piece, it is a gossamer-like ethereal soundscape that feels near perfect for articulating an indescribable beauty – like a full night sky or a lover’s embrace.