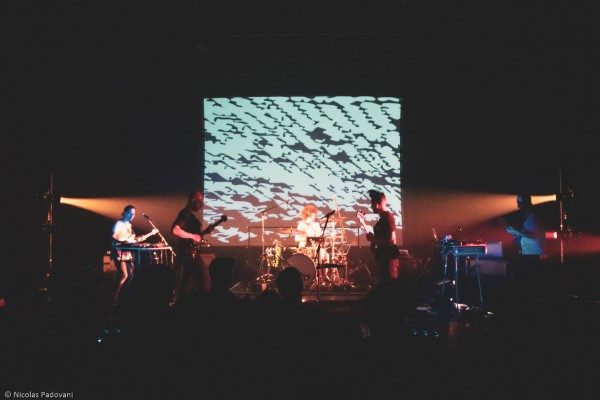 It feels amazing! Having toured throughout Canada, USA, and Europe we have been wanting to get to the Maritimes and New Brunswick for a very long time and its finally happening. we are very excited!

No, we haven’t… this will be a brand new experience for us

We’re excited to share the stage with Les Païens. We’re also gonna be on the lookout for the Red Fang show if we can get in a a day early. definitely going try and checkout the shows that are the same day as ours. Like Ian Blurton’s Future Now.

Is there a difference in preparation for an Autumn festival than with a Summer festival?

Not so much. We prepare more or less the same way. Just make sure to pack warmer clothes and a thicker blanket for the colder season.

How do you go about preparing a setlist for a festival, compared to a regular full show

We prepare them more or less the same way. Depending on the demands of the festival we try to include as much music from our whole catalogue. Preparing a set involves preparing and programming visual projections alongside music and a light show that is fully integrated into our playing. All visuals, lights, and music is performed by us live on stage. We pay particular attention the order of each song and make sure we create a setlist that feels dynamic and surprising. We also create new in-betweeners and soundscapes to glue each song together.

we would describe our show as immersive and dynamic. There’s a lot to take in visually and sonically. Our music can be energetic, aggressive and chaotic the same way it can be very calm and soothing. We’re always exploring new ways to bring our music to the stage. Hopefully, the take away from an audience member is unique from individual to individual because they were able to each tap into something different.

I would recommend New Folds off the new record “Trace”.  I think it encapsulates a lot of what we do. The song came together in a very unique way. There’s a lot of room left open for us to somewhat re-imagine that song from show to show. I like that the song represents a specific moment in time caught on record.

We actually have a little more touring to do around the release of our new album ‘Trace’ in Canada and the United States. We also look forward to writing some new songs very soon