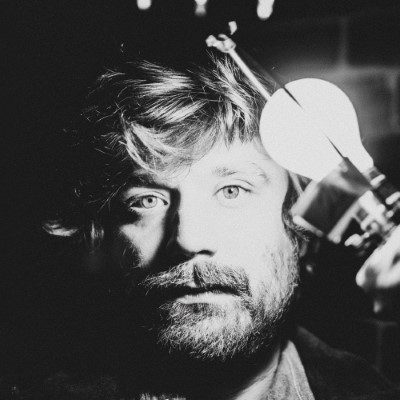 Overall, Guts has a moody, intimate tone, cut with feelings of pain and exhaustion Eamon McGrath seems desperate to share with his listeners. Using deep male vocals, classical piano, drums, classical & electric guitar, mandolin, and pedal steel guitar, Guts has tracks that hit the rock, country and folk genres to allow for appeal to any fans of those forms of music.

The album opens with its namesake track which has an intriguing echo to it as if the song was recorded in a chapel. This fits well with the track’s accompaniment of a simple piano riff and drum beat while the word ‘Guts’ is shouted out by an enthusiastic choir during the refrain. This gives the track an overall religious feel – as if the artist is preaching to us – giving weight to the lyrics about the pain and peril of modern life. Underneath the simplicity of the accompaniment, though, the track opens the listener up to Eamon McGrath’s expressive and complex songwriting. After the proselytizing of Guts’s opening track, though, the following tracks use the full accompaniment of instruments mentioned previously to create richer soundscapes.

A standout track on the album for me was “City by the Lake”. In “City by the Lake” the vocals have a Tom Waits feel, a nice compliment to the slow beat and delicate piano melody as the lyrics detail a passive slide into realization of past terrible behaviour. As the lyrics put, the singer was once a heartbreaking animal, an unapologetic firebrand but “now as the days get short, the weather’s getting colder, money all dries up, the fire starts to smoulder, all the nurses mothers, all somebody’s daughters” are left like adrift like corpses on the water – collateral damage from his actions.