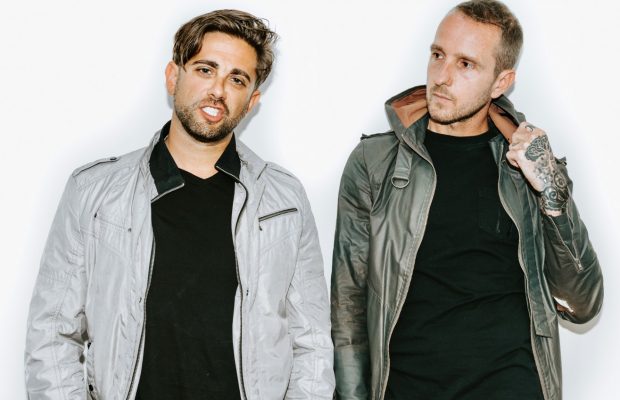 Toronto, ON-based band, Century Surfers is made up of Roddy Colmer (lead vocals) and Jamie Gutfreund (guitar). The pop-rock duo has unveiled a video for their single, “The Storm” from their upcoming EP, which is set to be released in 2020.

Check out the video below and find out more about Century Surfers in our Five Questions With segment.

Century Surfers is made up of Roddy Colmer and Jamie Gutfreund. Roddy has been fronting bands for a while now, originally with Reggae/Rock group Rebel Emergency, and then Electro-Rock band Most Non Heinous. He has also released 2 solo albums, most recently “Afterglow” in 2019.

Gutfreund is best known as a TV anchor on CP24 for the past 10 years, but he’s been moonlighting as a guitar player around the city for longer than that. Gutfreund used to come to Roddy’s shows when he was in his earlier bands and they struck up a friendship. They started jamming for fun and from there first few sessions came 2 songs “The Storm”, which is the lead single and “Broken Puppets” which will be on the EP. “I think we quickly realized that these songs were destined to be for something bigger than just to live in the voice notes on our phones,” says Colmer.  Gutfreund hooked them up with Producer Dusty Chesterfield and they quickly got to work. “Each song we write seems to be getting bigger and better,” Gutfreund says, “So we are just trying to ride this wave and see where it takes us…”.

Roddy: Jamie and I were both grunge kids so we grew up listening to Pearl Jam and Soundgarden and Alice In Chains etc. Those bands are definitely noticeable influences in our music, but we’re not really trying to sound like any of them. I think if you try too hard to sound like another band you end up just becoming a watered-down version of them. It’s more of the spirit and energy those bands had that we feel is missing in rock music today…that’s what we are trying to capture.

We obviously want to sound current too, we listen to a lot of the new rock and pop music that is coming out and our producer Dusty Chesterfield has been doing some really cool things on the production side with some of the sounds and techniques that he is using to keep it sounding like it was recorded in 2019 even though the music itself feels like a throwback.

Roddy: Our first live performance is going to be Oct 27 at Rivoli in Toronto. We’re part of a monthly showcase put on there called Unplugged North. We are going to debut our first single “The Storm” that day, it’s an unplugged vibe so we are going to play it acoustically.

After that, once we have the EP ready we will start playing more shows…Definitely hoping to play the El Mocombo when it re-opens, we went on a tour of it recently and it’s going to be one of the coolest venues in the country.

Jamie: As of right now it would be “The Storm” because it’s the only song we have out and we are super proud of it, but some of the things we have cooking in the studio are really exciting. There is a song called “Stars” that we think is going to crush people’s minds and another one called “Broken Puppets” that is coming out awesome.

Roddy: I’m a big fan of USS, they are great guys and super talented and they have new music coming out soon which we are pumped for…The Glorious Sons and The Arkells are carrying the Canadian Rock torch right now and We love seeing how hard those guys work, they deserve every accolade they get…This newer artist Grandson is doing some cool stuff, I know he was born in Jersey but he grew up in Toronto so I think that counts…Roddy has written with this female artist named Jocelyn Alice who is an amazing songwriter and singer…There’s a ton of really great artists in Toronto right now, it feels like you can go out any night of the week and catch something new that makes you want to add to your playlist…Some we’ve seen lately are growing…It’s a cool time to be a music fan, we encourage people to go out and support local talent, it means so much to the artists and maybe you’ll find a new favourite band.

Jamie: I’ve been listening to a lot of Jordan John Band lately…Also The Matte Black Finish, Crown Lands and Joey Landreth, who is an unreal guitar player…Check him out live if you get the chance.