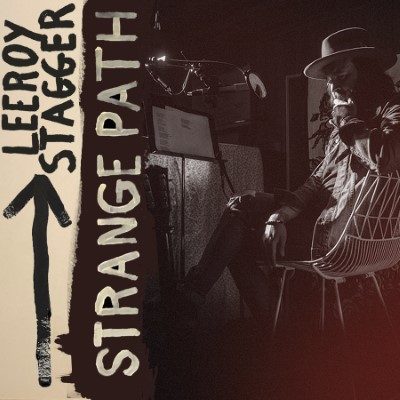 Leeroy Stagger’s 17 years as a singer-songwriter is on full display with the release of his latest album Strange Path – a follow up to his spring 2019 release Me and the Mountain, an Americana-inspired friend to the more contemporary sound of the second album.

This Alberta-based artist’s life has certainly come with its ups and downs. Now 10 years sober with two kids, and a home recording studio in Lethbridge, it’s a far cry from his days as a struggling twenty-something artist. In making Strange Path, Stagger worked with some of the best musicians and producers in the business to help bring his vision for the album to life; the album was mixed by five-time Grammy winner Ryan Freeland (Ray LaMontagne, Bonnie Raitt, Rodney Crowell) and Brad Barr of The Barr Brothers shared the producer’s chair with Leeroy on four of the eleven tracks.

Every inch of the album creates a warmth that wraps you up like a warm blanket; while Stagger pours his heart out for all to hear. Whether he’s reflecting on the past or pondering the future, he does it with flawless, infectious energy. He doesn’t shy away from vulnerability; rather, he embraces an introspective narrative without losing many of the songs’ feel-good melodies. Perhaps the best example comes from the uptempo “Hey Hey!” – while Stagger might make you want to dance he also makes you think, throwing quips out like “The more we change, the more we stay the same.” Songs like “Get To Love” uses bluesy guitar riffs in a story about hope amongst a complicated world – while a song like “Deeper Well“ takes on a lighter, more Americana sound, a nod to his earlier 2019 release, Me and the Mountain.

Stagger’s ability to blend divine melodies and honest lyrics result in a therapeutic compilation of the lessons he has learned and the questions he’s still trying to answer. Strange Path will wrap you in warmth as it relates to themes of love, discovery, and reflection – it is a must-listen.