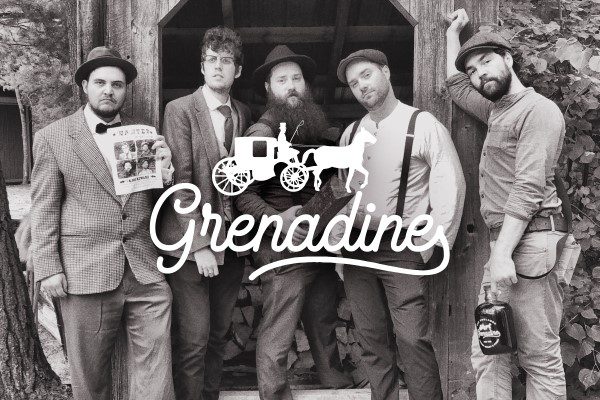 Photo Supplied by The Noolands

Following the success of their single, “Grenadine”, Barrie-based band, The Noolands have unveiled a video for the track. The video which was inspired by the slapstick comedy and storytelling of old black & white Charlie Chaplin silent films was written, filmed, and produced by the band themselves with incredible collaboration from Theatre by the Bay, Simcoe Country Museum, and Mcreilly’s Pub.

“Making this music video (and the single) was one of the most creatively challenging adventures our band has ever been on! In the studio it was a whole new folk sound and a fresh style for us after putting out a fairly heavy record and a pretty simple vibe.

Coming up with characters to play and really planning the whole “Grenadine” thing was key and took time. Many days getting up at 7am, meeting downtown, storyboarding, putting on the costumes, grabbing the horses and cameras, driving to some location to run around in the hot sun for hours or get a pie in the face! We put so much (maybe too much) energy into this silent film music video and we’re just happy to have it out there!”

If you’re in the Barrie area on October 12, 2019, be sure to catch The Noolands live at Mavricks Music Hall for Rock95 and Impact Live’s “Breakout Sound” concert series.