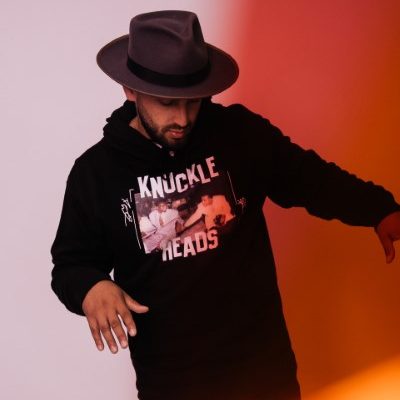 Ruben Young may just be releasing his debut EP, but he’s been making smooth waves across the Canadian music scene for years including a single based on a very famous “Friend”. Try listening to this guy and not press repeat again and again…we dare you!

Coming up on the release of your debut EP, Dreamstate, how would you describe the feeling of getting that into the ears of your fans?

Honestly, it feels so, so good to finally release a project. I’ve been releasing singles for years, but it’s never felt as fulfilling, cohesive or as… me as Dreamstate does. Over the last year, I really feel like I’ve come into my own as an artist and writer and I feel like I found my style. Dreamstate is the first step towards showing that to the world and dammit it feels good. I can’t wait for everyone to dive into the artwork and wrap their heads around me, who I am and my story.

With 2019 being the 25th anniversary of Friends, is “Rachel Green” legitimately about the TV character or did the name just flow well?

Rachel Green is 1000% about my dream girls from Friends. It’s funny, I’ve always wanted to write a song about her, so when the opportunity popped up in my writing session with the Kuya brothers, it just happened automatically. Right now, I’m really grateful to see this song building momentum every day. It just passed 1 million streams on Spotify and it’s actually getting more plays every day than it ever has which is something I’m really proud of – it hasn’t slowed down like 99% of songs today do. We’ve done that without much support from editorial playlists too, which means it’s really just dope people around the world who love this song and love Rachel like I do.

With smooth vocals that have been grouped with the talents of Marvin Gaye and John Legend, who was the one that drew you into not only listening to music but making music yourself?

That’s such a good question because there are so many influences. I would say Amy Winehouse and Raphae Saadiqinspired me the most to get into making my own music. Adele got me in my feelings too, I won’t lie.

What are you most looking forward to at your upcoming Canadian show dates?

I’ve been touring with Kiesza this year and we are playing together in our hometown, Calgary on October 3 which is going to be a special one. I’m also opening for Phony Ppl on October 1st in Toronto at Adelaide Hall and I’ve been listening to ”Why iii Love the Moon” for a year on repeat, so I’m super excited for that.

I guess the next six months can only be summed up with hard work. I’m gonna do my best to push so that Dreamstatecan reach as many hopeless romantics out there who want some music to bounce to. We’ll see where that takes me. I also haven’t written much music in the past few months and I’m dying to – there are literally songs popping out of me every day right now. So, I can’t wait to get back in the studio and start creating.