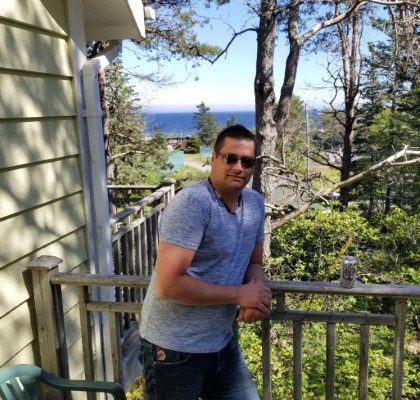 Welcome to Canadian Beat’s Indie Spotlight – where we select an independent artist every month that we think you should get to know. This month we’re introducing Nova Scotia-native Kevin Davison.

Davison’s feet have been planted in the music industry for a decade now – although he’s been playing music for more than twenty years. Back in 2009, he found himself recording in Nashville where he went on to release his debut album Just the Beginning. From there he released two singles to radio which made the industry and fans take notice – leading to an invitation to open for Platinum country artists “Little Texas.” Davidson’s on-stage resume only grew and that list now includes a few major Canadian acts like Doc Walker, Paul Brandt, and Aaron Pritchett.

Davison credits some of the greats for his musical influences – Bryan Adams and Garth Brooks currently top that list. Their on-stage presence and ability to connect with their fans is something he says he follows closely and tries to emulate when he performs. When it comes to influences outside of music it’s his children; he says “I want them to follow their dreams as I have and that is so important to me that they are doing and walking in the same steps no matter what they do in life.”

With a growing career as a songwriter, Davison says his early days didn’t involve a lot of songwriting but that has since changed; having released songs to XM radio, and reaching over a million views on Youtube through his original release “When Those Sirens Are Gone” – a song about First Responders.

All of the success doesn’t come easy for a new artist, and Davison says the challenge is still to grab those live shows which means he’s always competing with other acts for those coveted spots, but his passion continues to push him in the right direction. The changing country music landscape, he says, allows for more experimentation and growing opportunities. His direction is to keep playing, to grow as a songwriter and performer, and to continue to work as hard as possible.