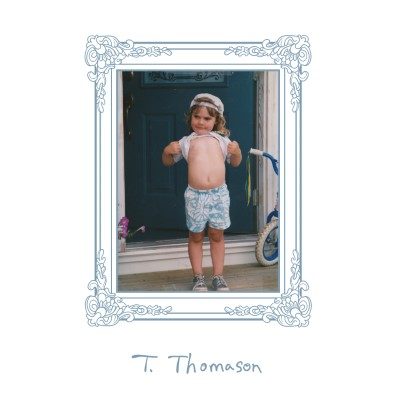 The sound of T. Thomason is energetic and fresh with the artist’s youthful vocals front and centre, supported by male and female backing vocals, electronic samples, auto-tune, various electric instruments and pulsing synth-wave beats. T. Thomason seems very interested in connecting with the listener, not only by making his vocals the focal point of each song but having the lyrics of each song be incredibly introspective. If making this album self-titled was not enough of a hint, it’s clear that this is a very personal project for the artist, and he wants us to know/feel it.

In T. Thomason’s bio, its noted that he has had tremendous experience with the entertainment industry from a young age – but knowing this background is not needed to know his feelings about this experience through this album. Earlier songs on the album focus on the drama that often accompanies the industry, particularly in the party culture that surrounds it. Through (somewhat ironically) mostly dance anthems, these songs highlight feelings of fear, isolation, anxiety, inadequacy, stress, fleeting love and paranoia. As the album moves through the parties and their accompanying pain, though, the album ends with T. Thomason moving to a simple, more fulfilling rural life.

Standouts on the album for me were the songs”(Bad) Joke”, and “King of Spades”. “(Bad) Joke” has a sloping, downplayed, almost ethereal mood about a fight with a lover that seems so upsetting it almost feels surreal: a ‘bad joke.’ “King of Spades” is a bittersweet love song that starts with the sounds of rain, before building on layers of instruments such as handbells, electric guitar, samples, but never losing its understated pain – a great song to send you off to dream.