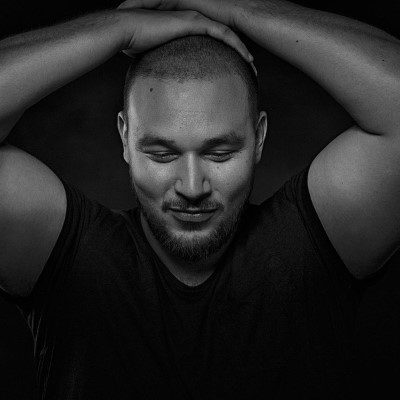 Revelstoke, BC-based singer-songwriter, Jez Bonham has released a video for his single, “Mental Health” off of his new album, Thoughts Into Sounds, which was released in March 2019.

Jez shares on the track,

“I have battled with depression and crippling anxiety all of my life. This song is an example of what my daily process would be: beat myself down over and over and then try to pick myself up just to do something as simple as leaving my house. When I wrote this song I was unable to perform it in front of anyone except my girlfriend, I was scared. Like many others, I was suffering in silence.

I realized millions of people go through this exact issue along with myself, so I started tailoring the song more toward triumph, more toward beating the mental health issues because it can be done. I wanted to push myself and challenge myself to succeed.  The song lyrics say “I” “me” “I’m” but when people listen to it I want them to think of themselves as that person, as that champion who can succeed. That is what MENTAL HEALTH is about. It’s about being a Champion, even if it’s just being a champion of getting out of the house in the morning.”

Check out the video below and find out more about Jez in our Five Questions With segment.

Hi everyone, I’m Jez Bonham, I’m from the mountains and I’ve always been obsessed with music. By character I’m an extremely curious person and ever since I can remember I’ve always tried to understand what makes music work. Luckily I was fortunate enough to grow up in a family full of guitar players, singer songwriters, family dinnertime opera singers, and all-around music lovers. It gave me endless opportunity to feed my obsession. When I find a new song or band I love, I’ll often listen to them on repeat all day long for weeks trying to understand what about it I love so much. Then I hunt down all their live performances, music videos and interviews find out everything about them. I need to know what makes all these musical geniuses tick.

I’m from a small town, have lived half my life in big cities, grew up in a family with deep roots in both Canada and Italy, make a mean tomato sauce.

My music so far has been therapy for myself. It’s autobiographical. It’s a release and letting go of all my likely self-induced insanity that I make it into folky, singer/songwriter songs. I wouldn’t say this is the style my music will stay forever, the very next album could be vastly different. Who knows, the next albums might be alt/indie or slow 70’s style funky love songs, that would be so amazing.

When writing this music I started with the chords first and let the sound lead me to the lyrics and melody. For instance when I would listen to the chords that would become “Mental Health,” there was a feeling of massive triumph in the chorus. I knew I had to lean into that and match the intensity with my lyrics and vocals. I didn’t know it when I just had the chords, but it would become an anthem for myself about my own mental health battles.

I’ve never had an idea for a song and then worked towards it, so far I’ve always started with the music and let the sound control my emotions, then written a true story of my past.

My live performances are raw, real, emotional and passionate.

“My Love” is the one to see live. When I have another guitar player or a band, then it really turns into a barn burner. Guitar solos and raw emotion.

My current favourite Canadian band is the Guess Who, Laughing is a masterpiece. Honourable mention to William Prince, I saw him live at the Burnaby Roots and Blues Fest over the summer. Very touching material. My answer would have been the Hip if they weren’t retired. They are easily in my top 10 favourite bands of all time, Canadian or otherwise.