Down The Lees releases new single, “Bury The Sun” 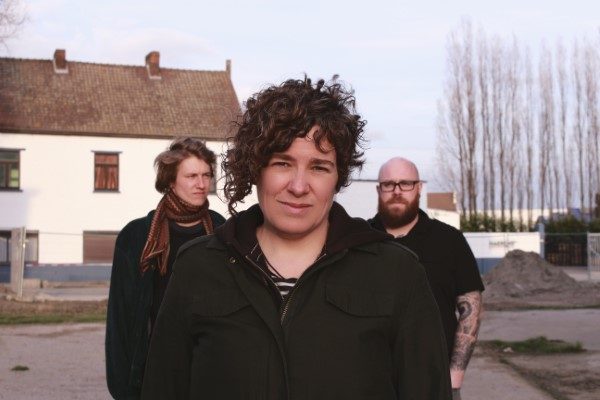 Canadian no-wave, shoegaze artist, Laura Lee Schultz, and her Belgium-based indie post-rock outfit, Down The Lees released their new album, Bury The Sun on September 13, 2019,  along with their sophomore single of the same name.

Laura shares on the process of creating the album,

“We attacked this album differently than the normal band,” Schultz says of laying tracks at Albini’s in-demand studio Electrical Audio. “Usually, you write songs, play them in front of many audiences, perfect them, perfect your craft and THEN record. We did it backwards; we never played them live in front of an audience before playing them in front of Steve. We wanted to capture the songs as we had them, how we felt when we first played them, ultimately capturing the rawness and spark that a band exudes when you create something together.”

My name is Laura Lee, some call me LL. I have been part of the Vancouver music scene for over 20 years. Recently, I moved to Ghent, Belgium and reignited my passion for live performance and have been playing shows in Europe ever since.

I’ve toured with my previous projects (Queazy, New Years Resolution, Skinjobs) extensively in the USA and Canada, before releasing two full-length albums and an EP as Down the Lees. Started as a solo act back in 2005, I performed all the instruments and wrote all of the material for my debut album and had guest musicians on follow up albums. Now, the project has taken on a new life with friends onboard, Kwinten and Jonathan, to give the new material a powerful edge. Now, it’s a live band! Love my guys.

I’m inspired by genres such as post-rock, shoegaze, hardcore, slowcore, and no-wave. I find this kind of music speaks to me the most. Dramatic, thoughtful, heavy, soft, introspective and challenging. But now that Kwinten and Jonathan are onboard, we have a smorgasbord of genres mixing it all up!

Next show is at the infamous Ancienne Belgique in Brussels. This show will be a solo one. But, still, expect it to be loud. I don’t hold back. I can’t. The songs are so personal to me, I really get into it. The full band performance is even more intense. Let’s just say that we are all sweating profusely after a show.

Oh wow, only one hey? Well, it would have to be Bury The Sun, the song that sparked the idea that I should record another album. It also speaks of the climate crisis we are facing and how a lot of people are so blind to it. It makes me so sad and worried about our planet.

Well, off the top of my head Blessed, Rong, Actors. All one-word bands I guess. 😉