On Tuesday night, true rock fans made their way to Place Bell in Laval QC for an exciting night, with Shinedown’s Attention Attention Tour coming to town!

After an opening set from Savage After Midnight, the British rockers of Asking Alexandria took the stage, getting the crowd warmed up with their set, led by the mysterious Danny Worsnop and punctuated by rythms of CO2. 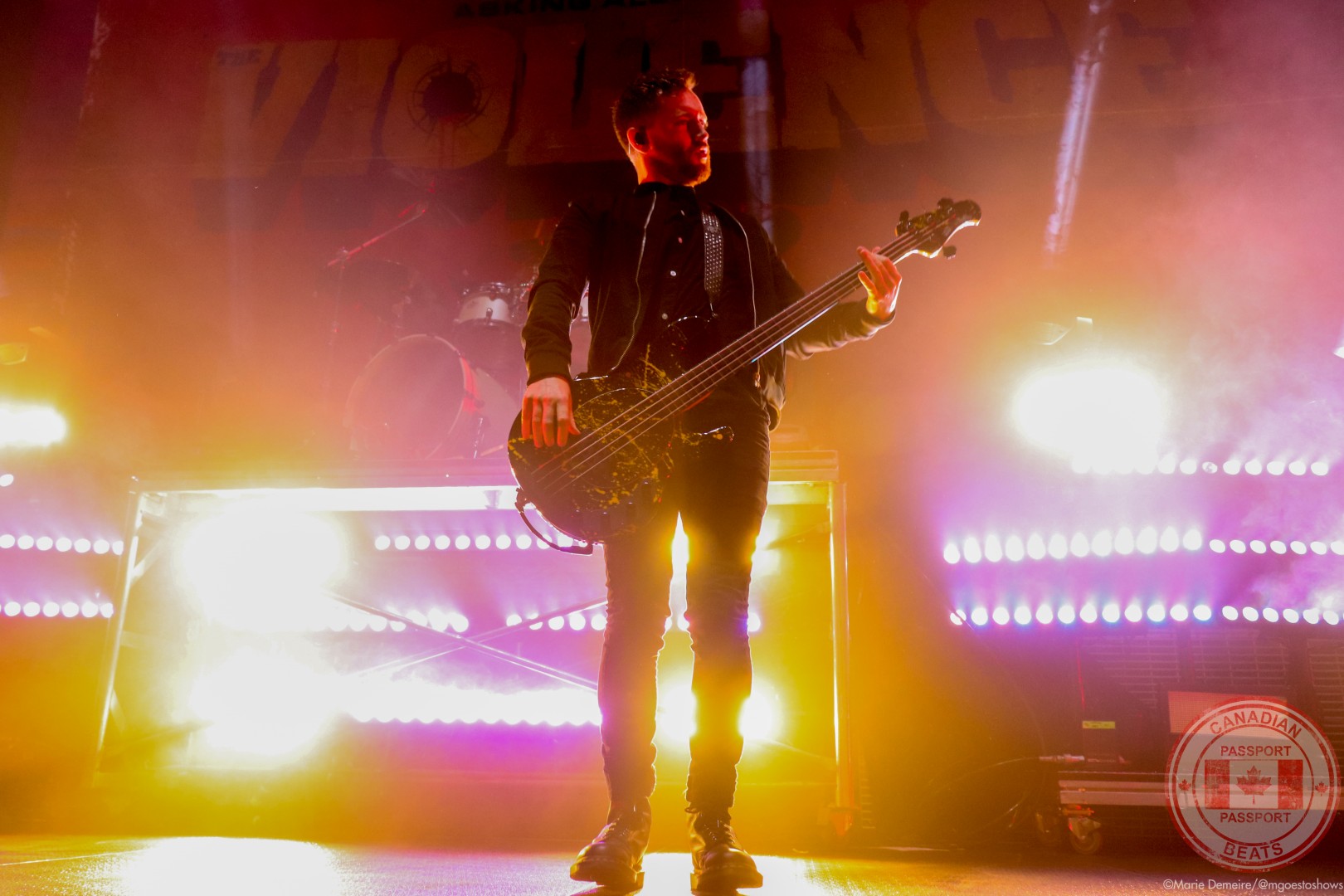 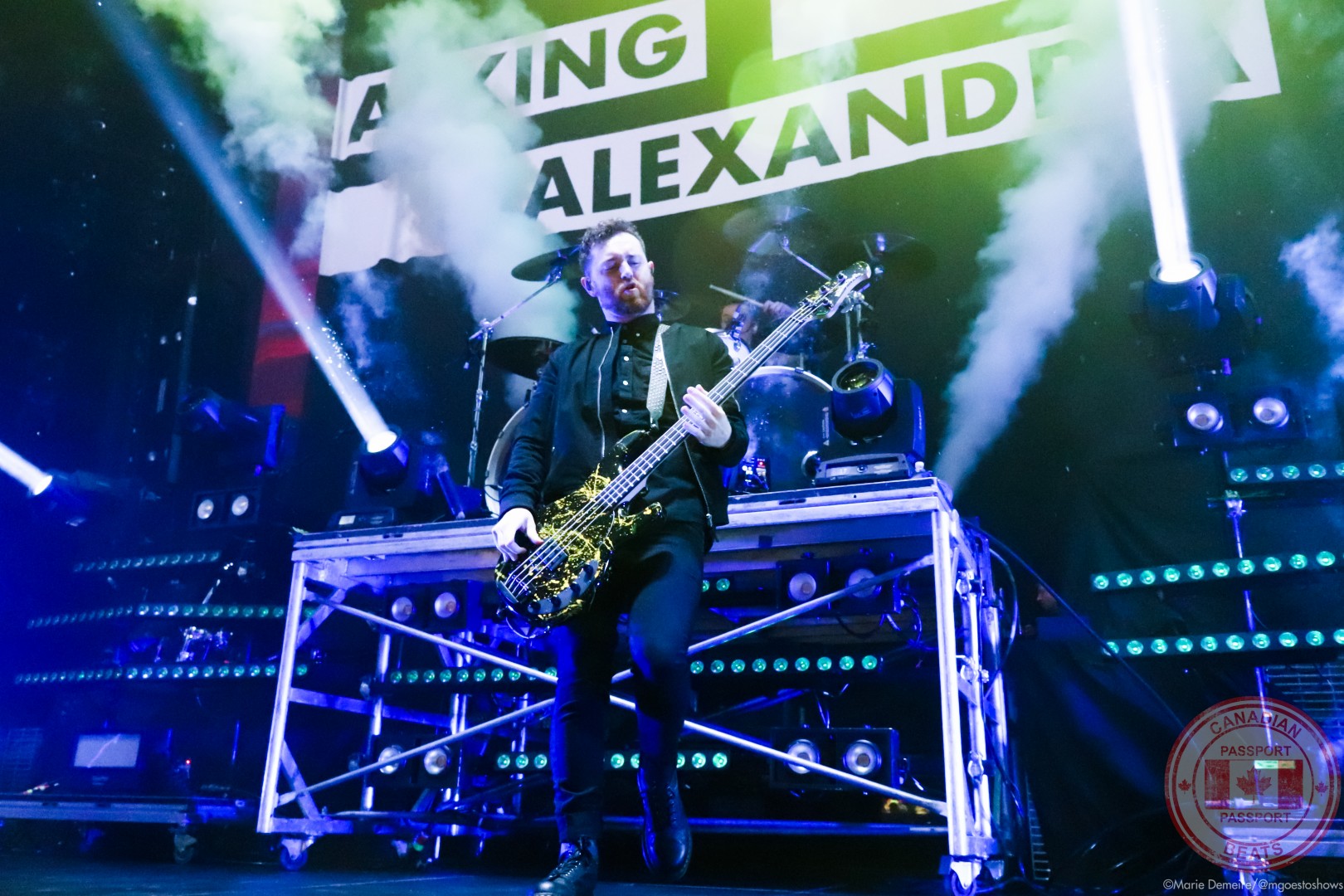 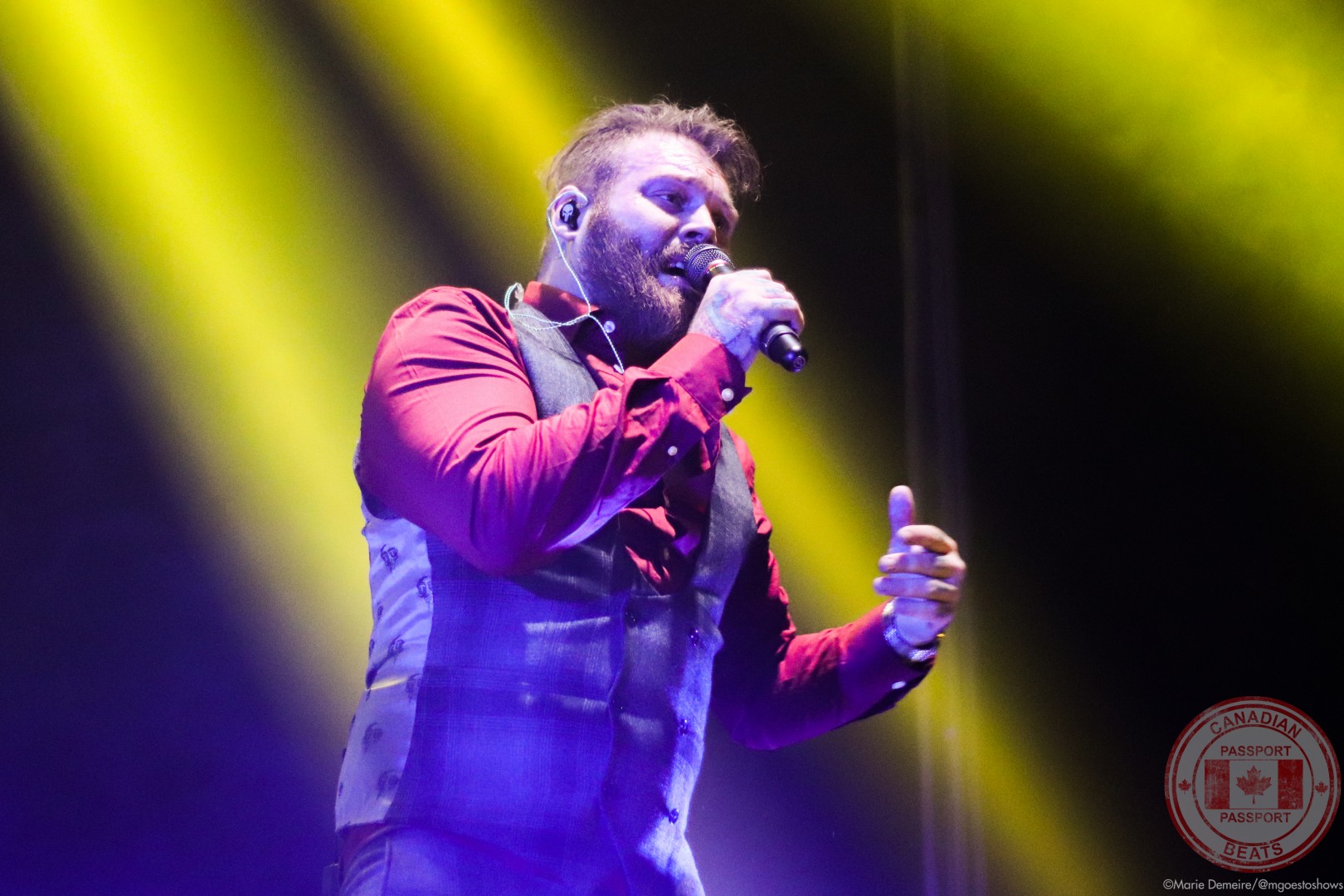 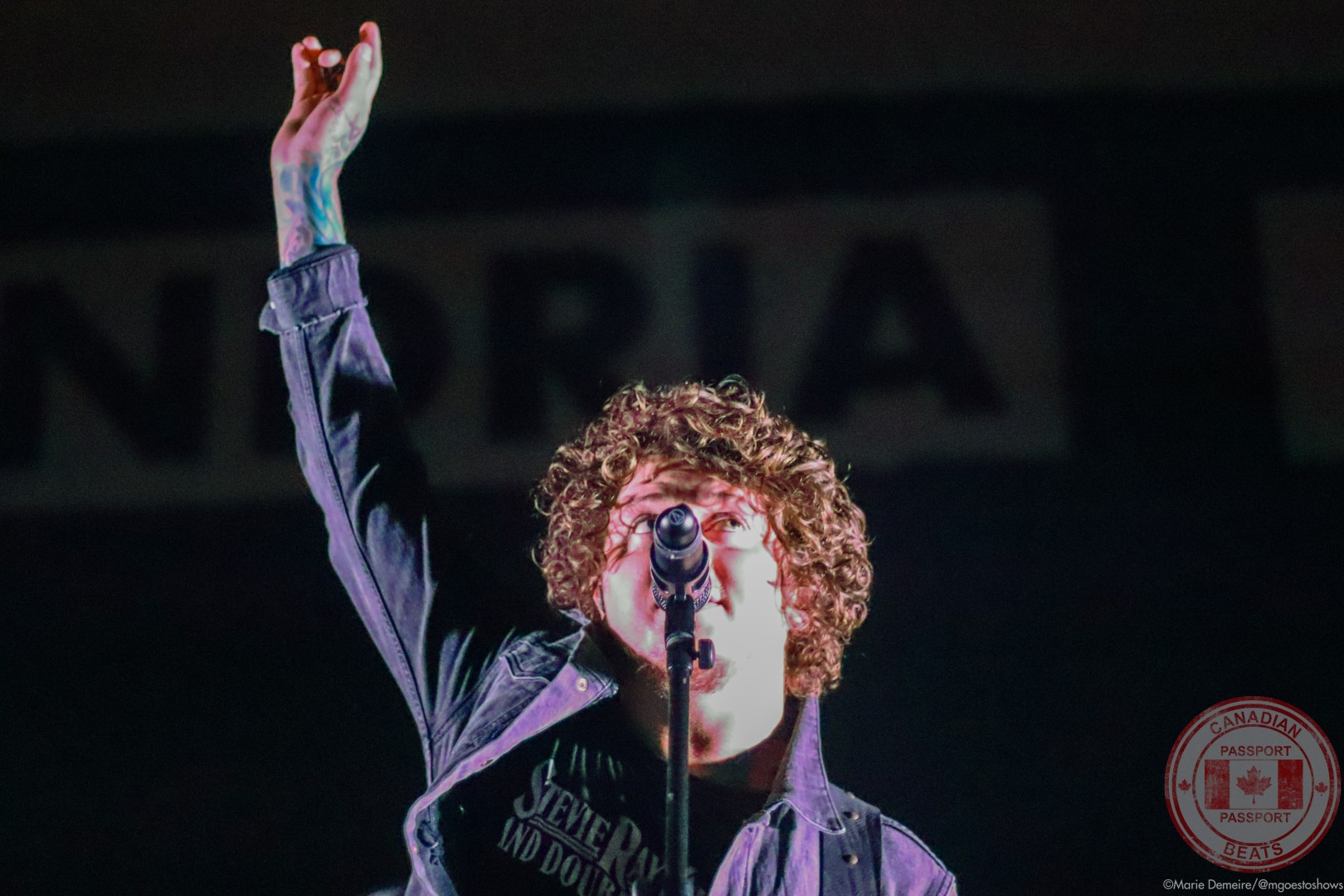 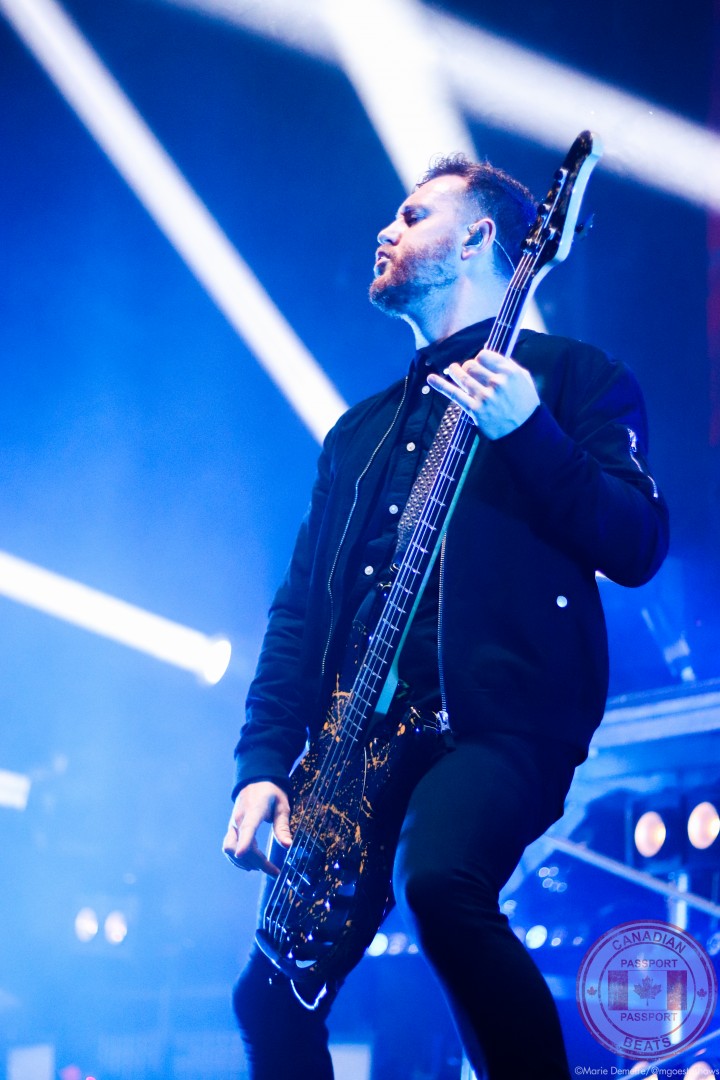 Next up was California band Papa Roach. Jacoby Shaddix, the mohawked frontman, gave the crowd an unlimited amount of energy, jumping in the audience less than three songs in, and just as quickly climbing back on stage to perform some of their classic hits in front of an audience ecstatic to sing along. 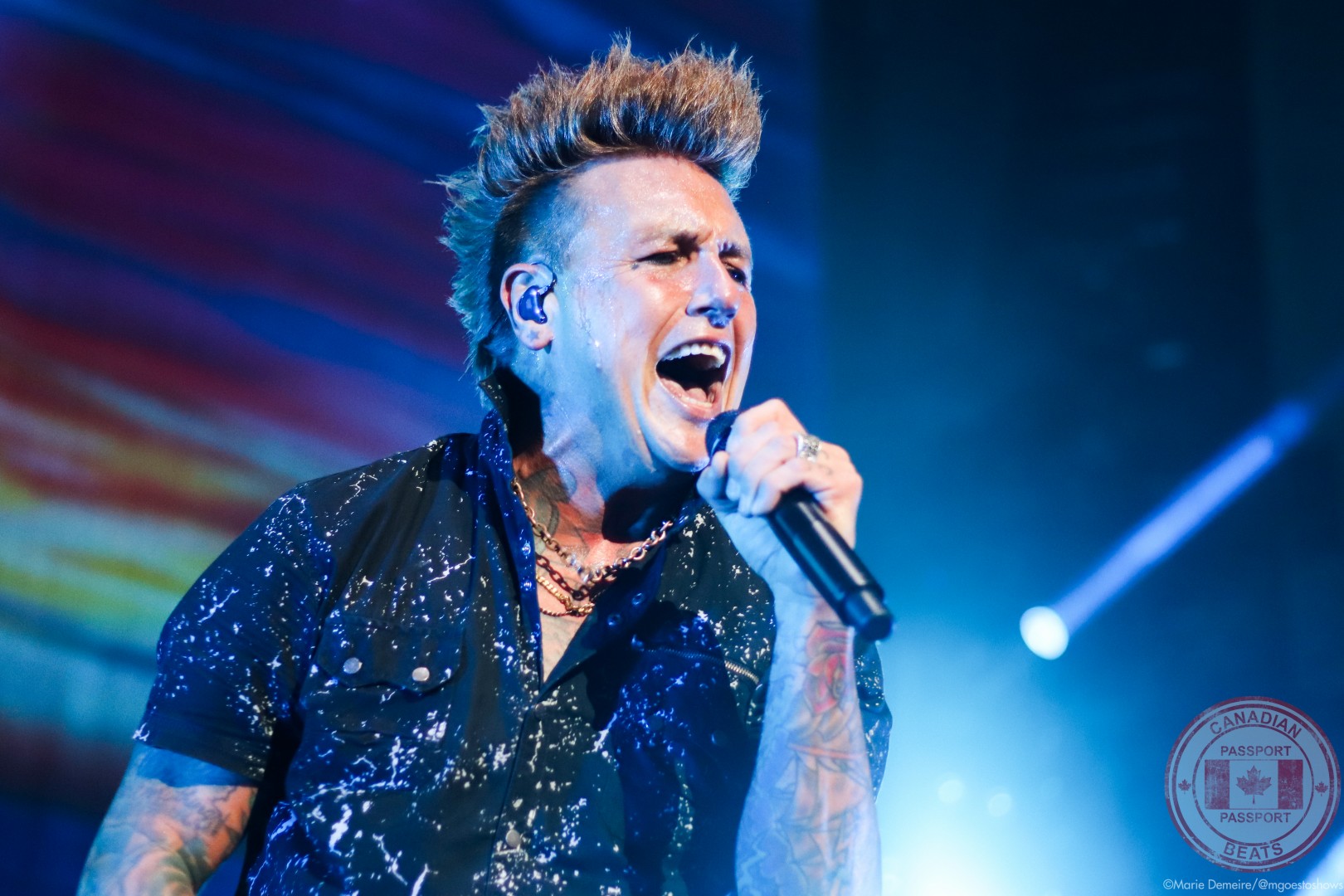 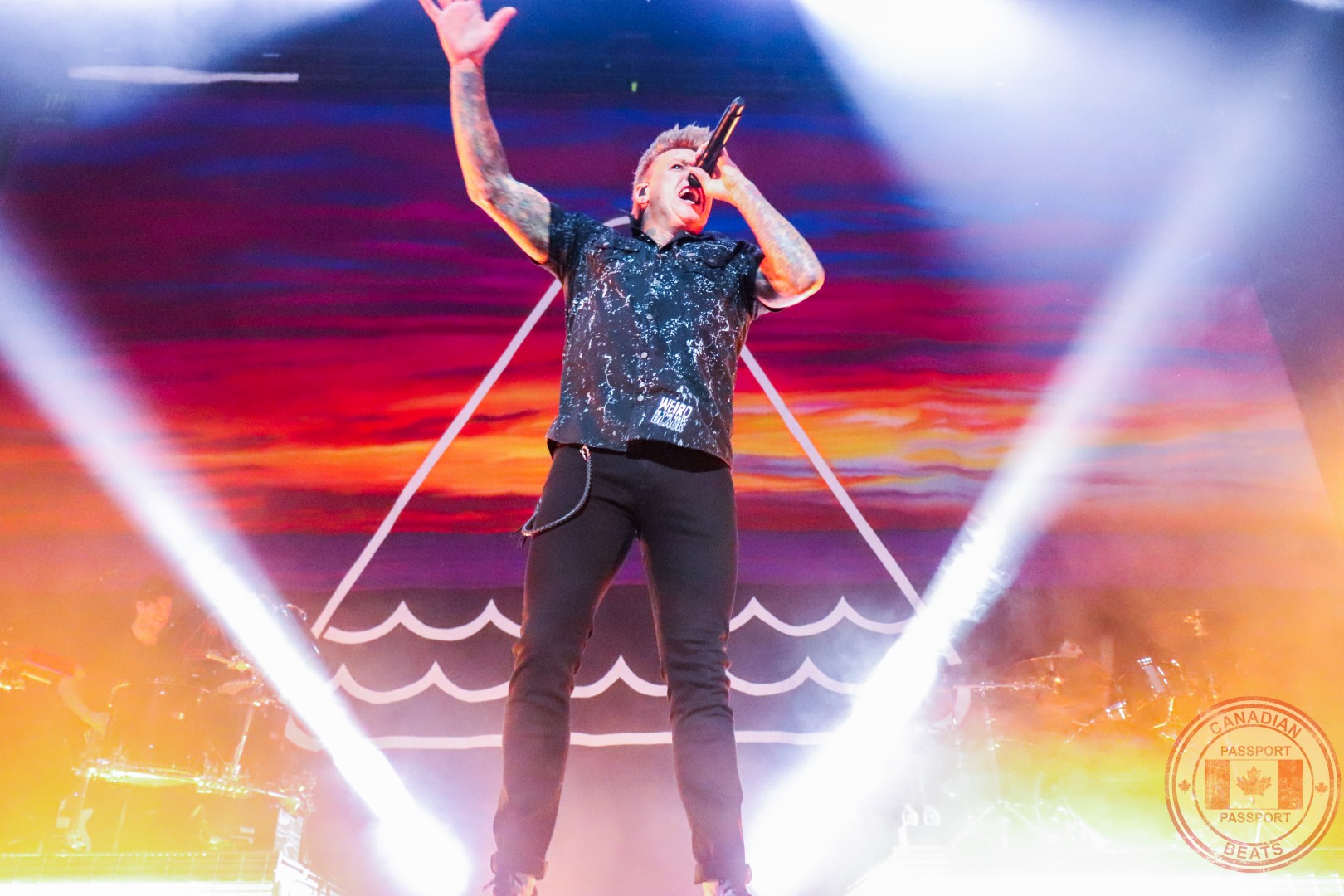 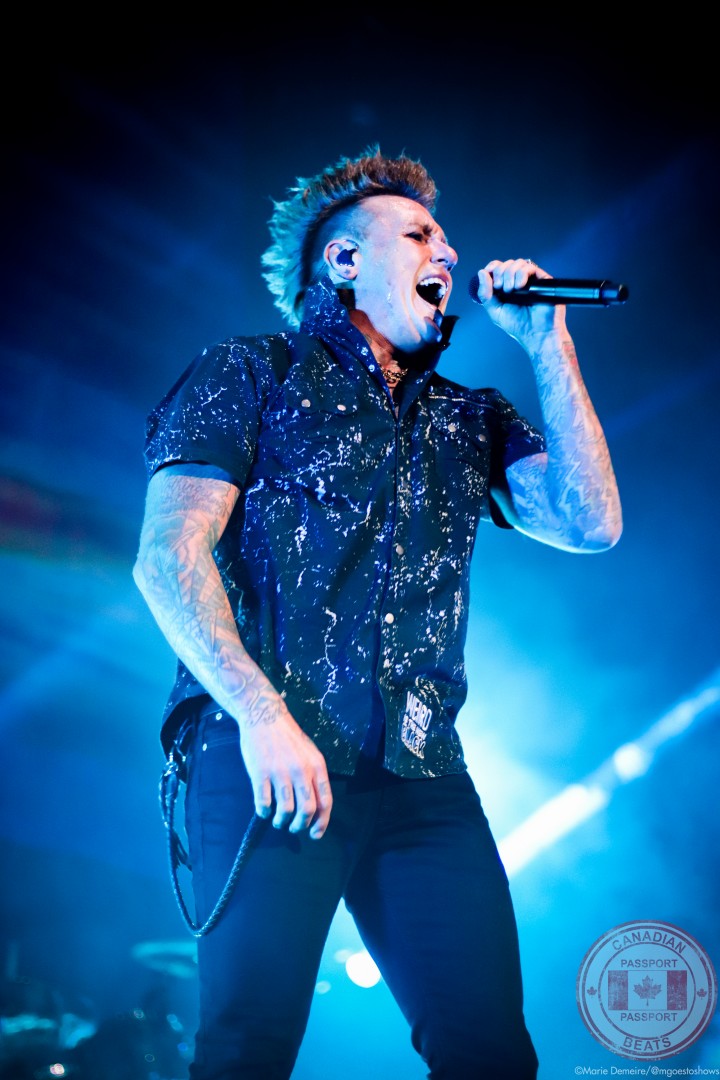 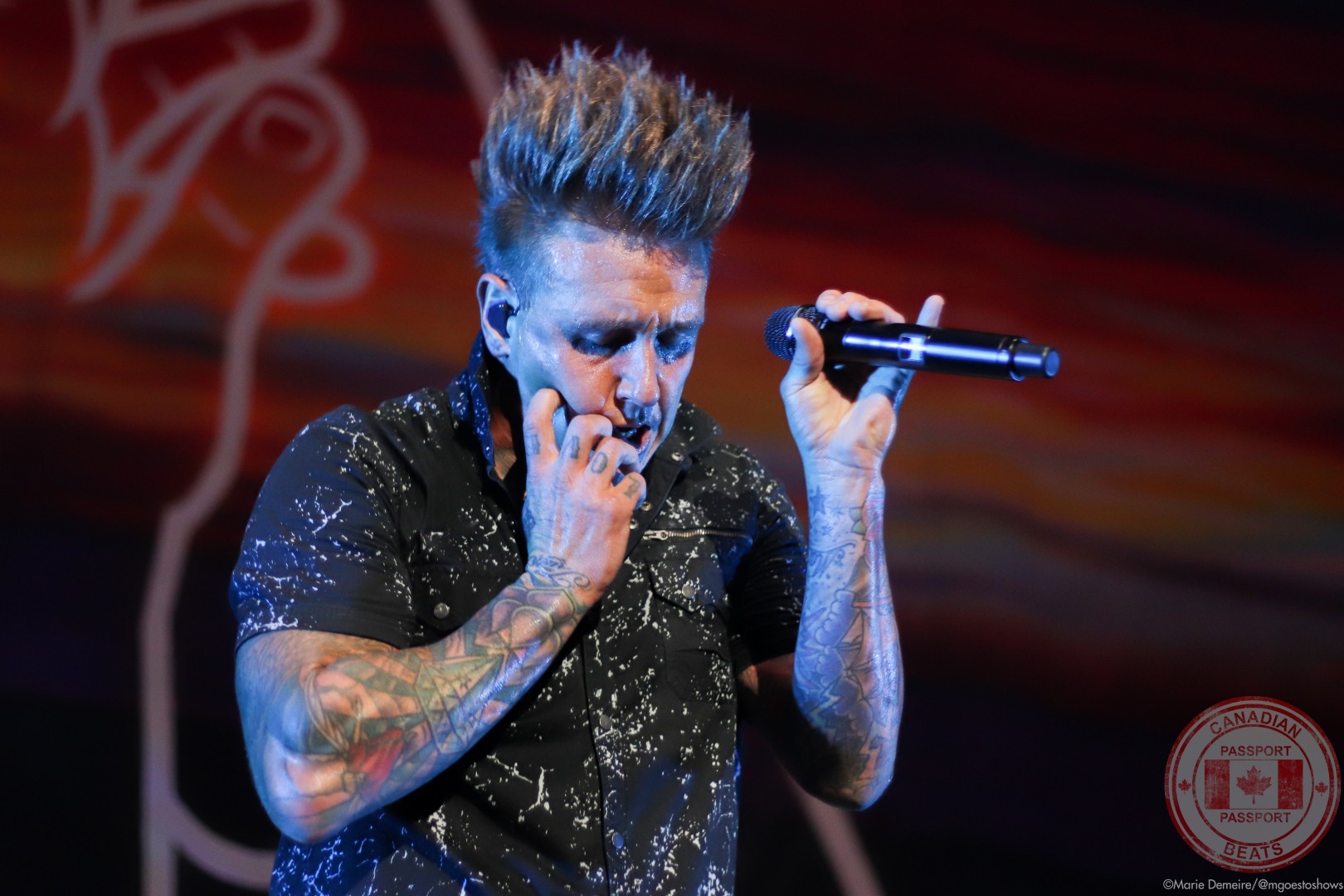 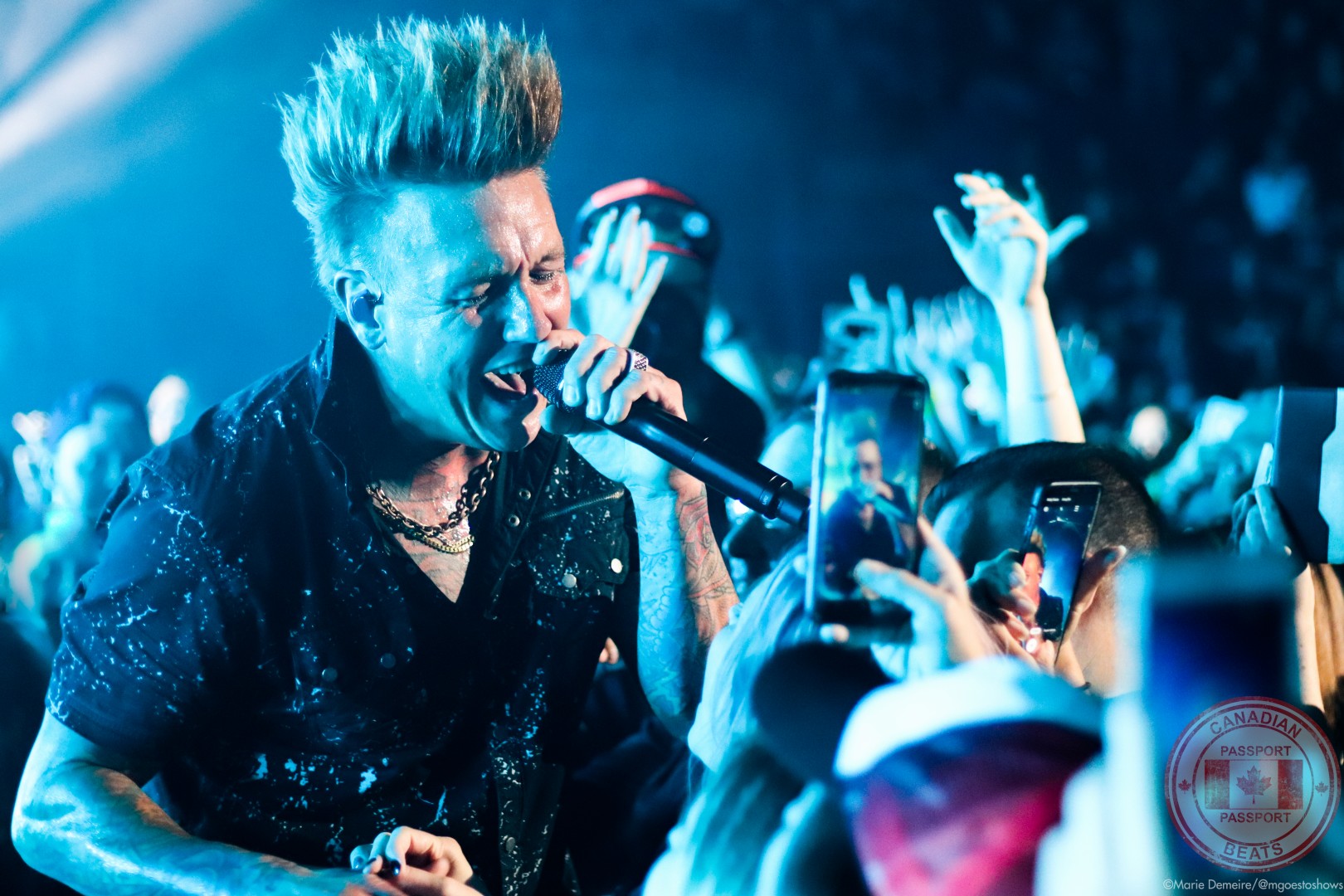 Finally, the stars of the evening, Jacksonville Florida rockers Shinedown arrived with a bang. The set started with the stage hidden by a big white curtain, lit up by lasers to the sound of the increasing beats. In front of a screaming crowd, the curtain dropped to reveal the band, and a stage that was literally breathing fire! The charismatic lead singer Brent Smith started the performance by asking everyone to give their seat neighbour a high five, then proceeded to shake the hand of every single photographer in the pit! Shinedown have been in the rock game for almost 20 years, and their electric performance proved that they’re not going anywhere. 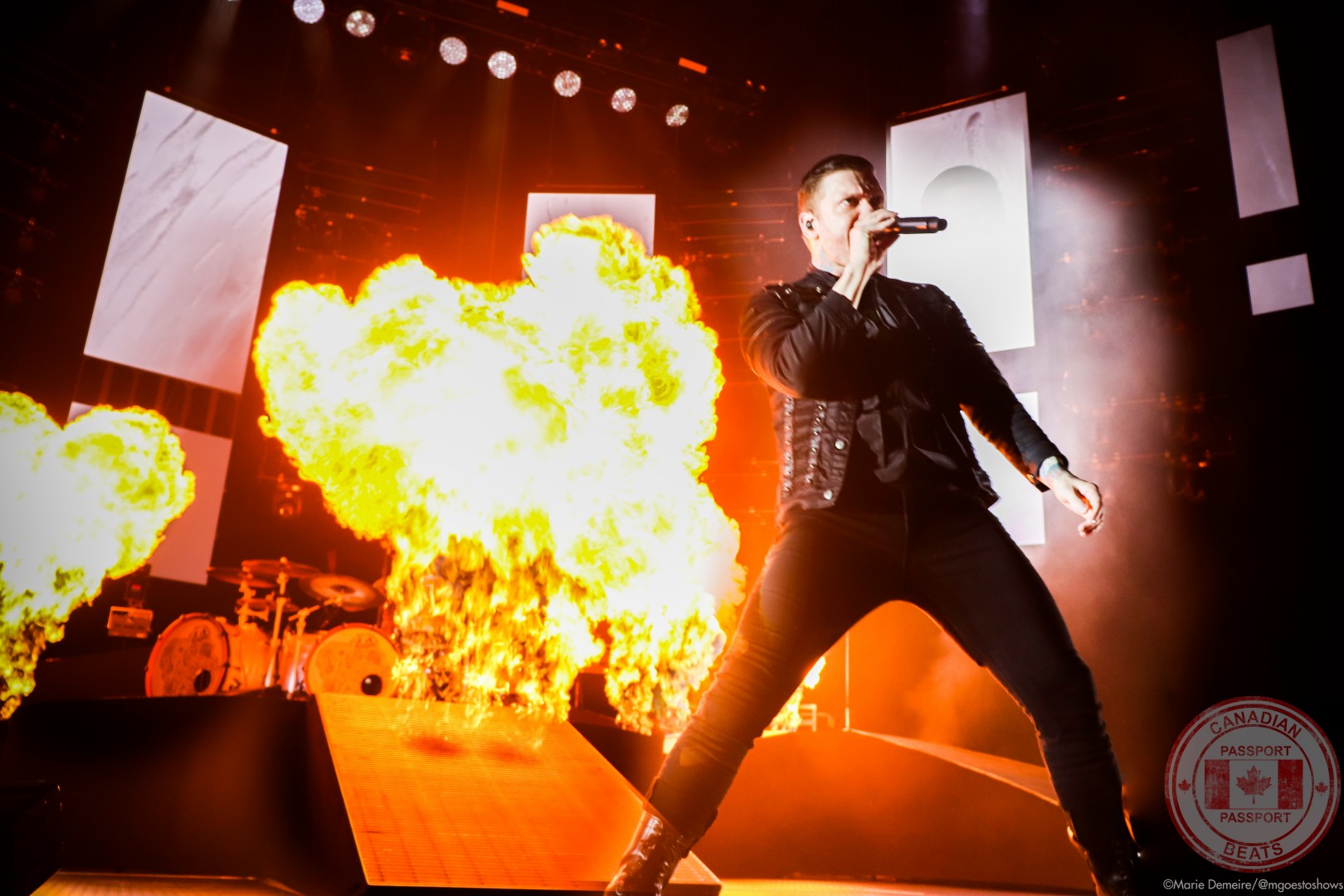 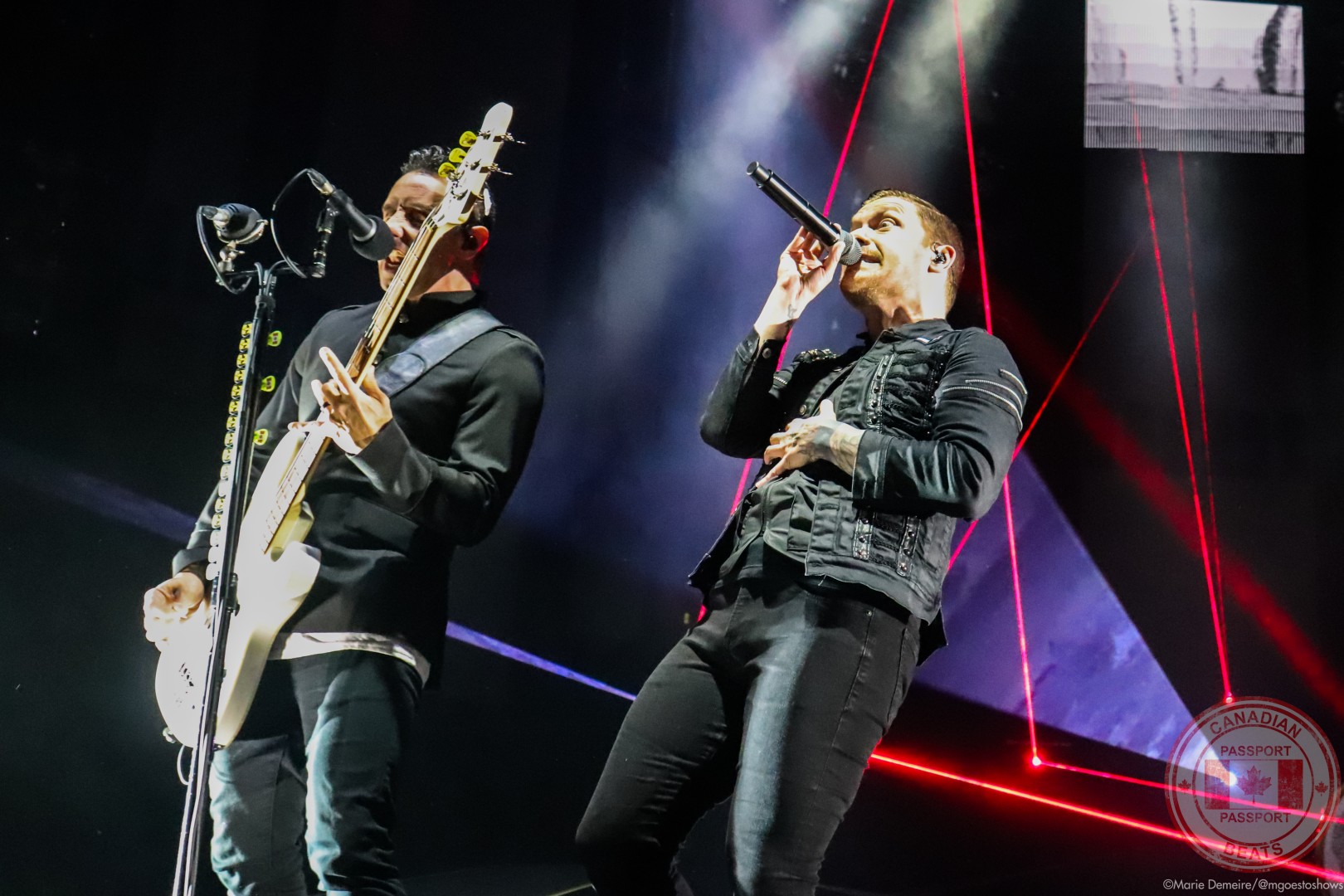 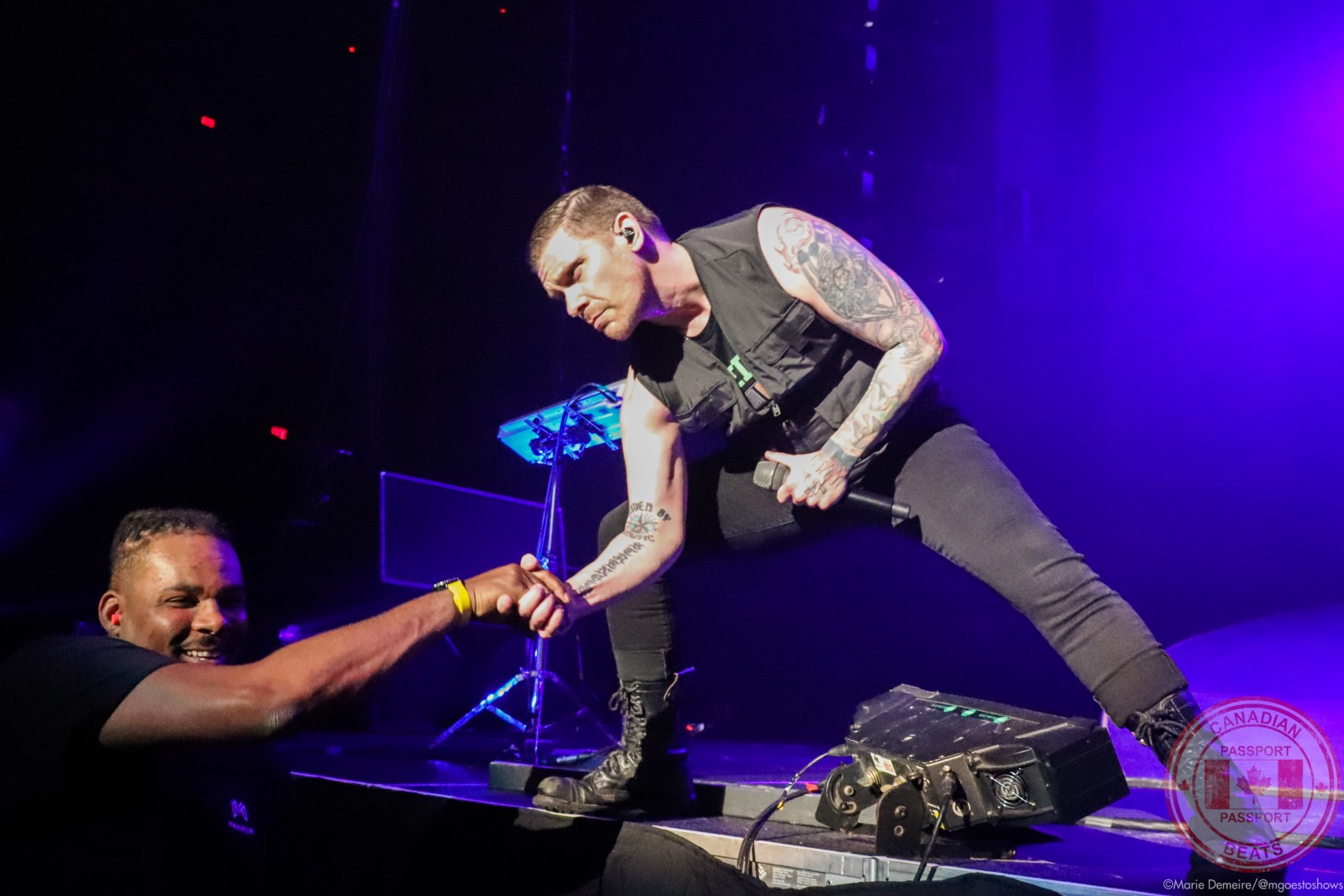 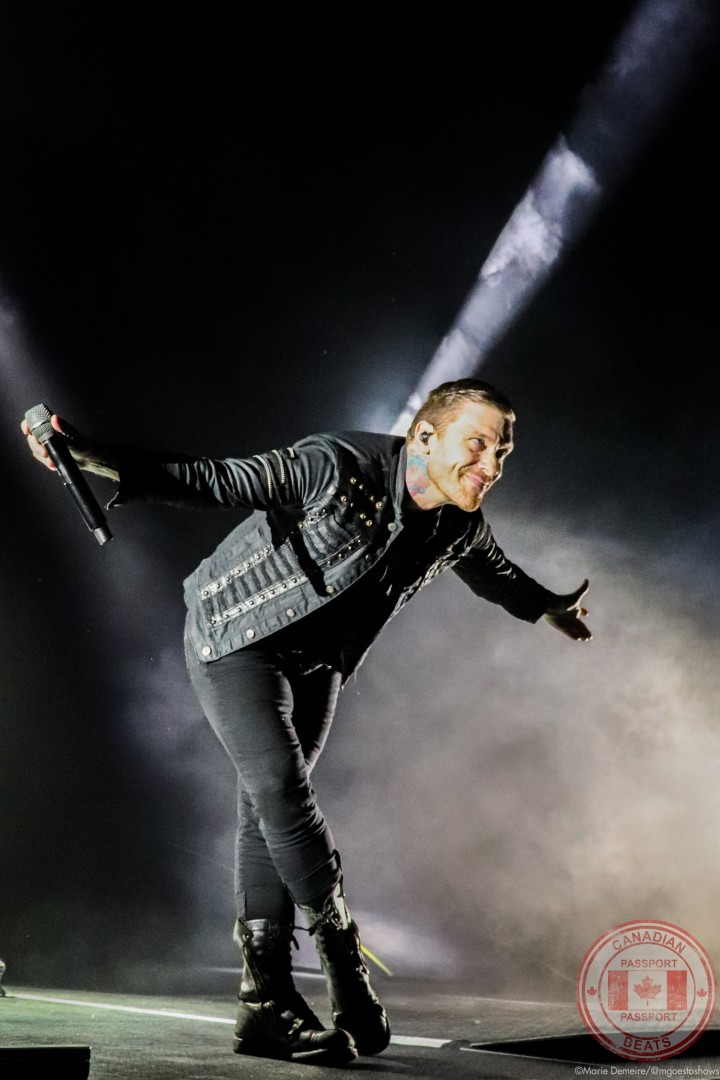 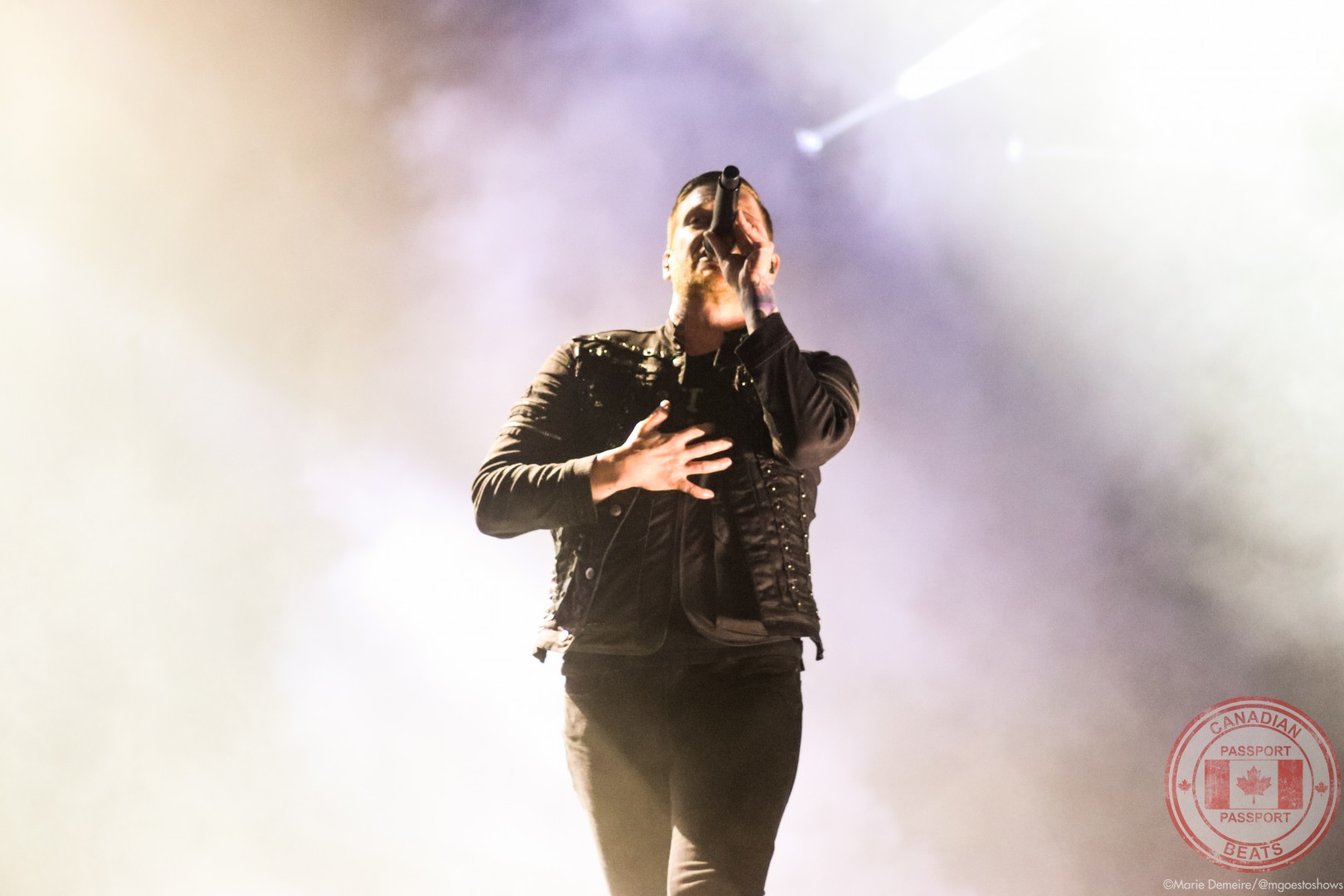 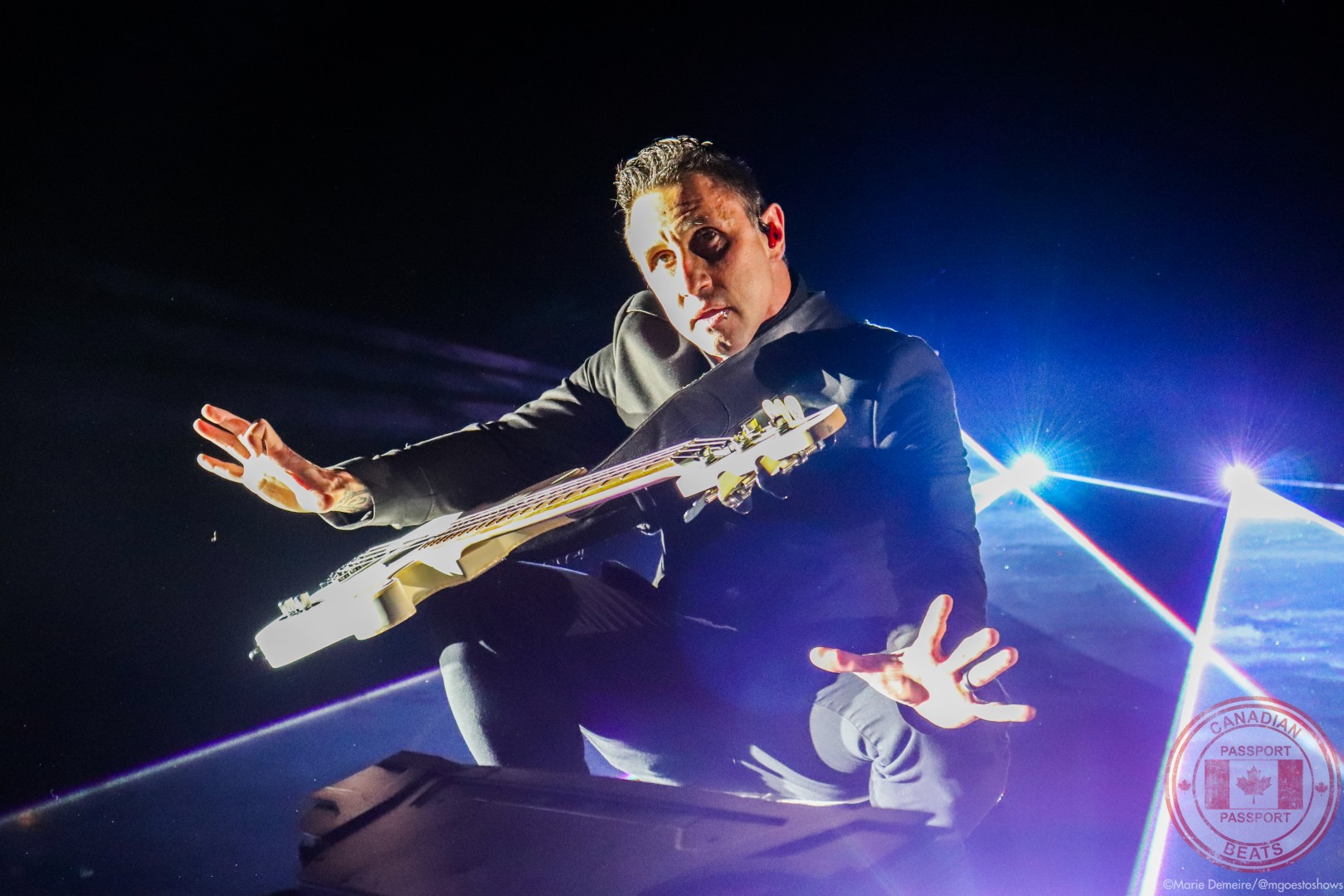