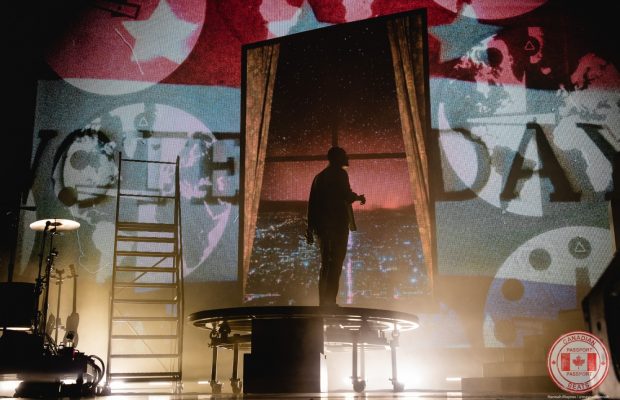 Who: Bastille, Joywave
When: Friday, September 20th, 2019
Where: Budweiser Stage, Toronto, ON

Hailing from just across Lake Ontario, Rochester, NY’s Joywave got the show started for Bastille. The band took the stage wearing reflective construction-worker uniforms (in their typical hilarious manner), and opened with their recent and most political song, “Like A Kennedy.” Despite having played in Toronto about 10 times, most of the crowd raised their hands when the band asked who had not seen them before. Singer Daniel Armbruster joked that “maybe this will be show that makes Joywave big in Canada.” Even with a short set, Joywave gave the audience a taste of their wide variety of sound, including the infamous “Destruction,” and their latest single “Obsession”.

Bastille came on stage relatively early at 8PM. The show was a big one for them; most of the tour is through 2000-6000 capacity venues, while Budweiser Stage sits at 16,000. Though the show wasn’t sold out (the general admission lawn was also closed), fans still filled the venue and sang along to new and old tunes alike. 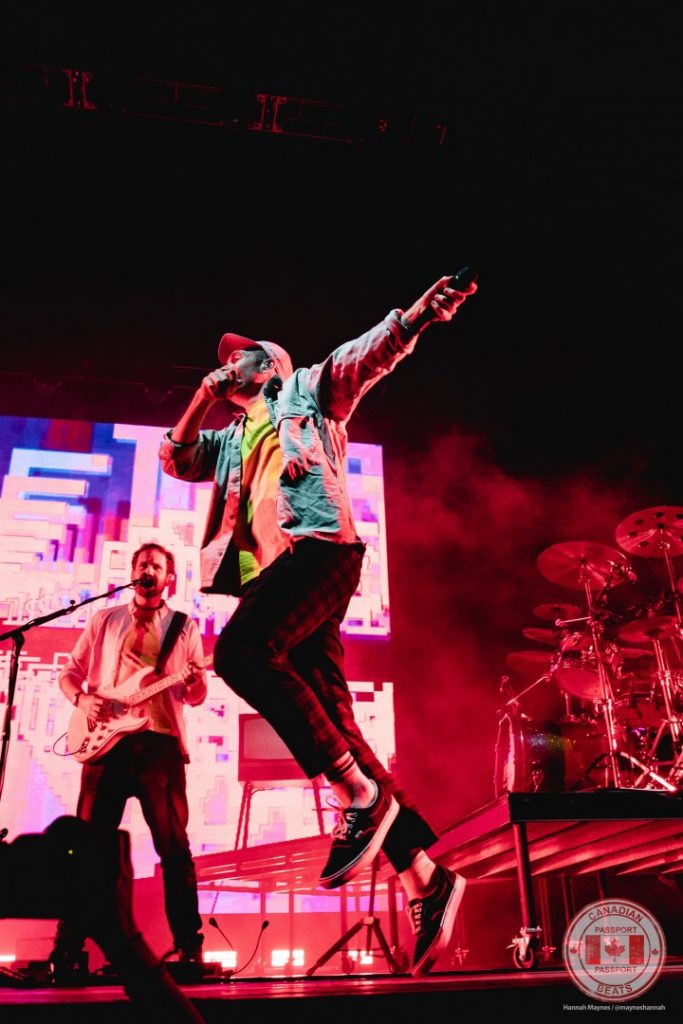 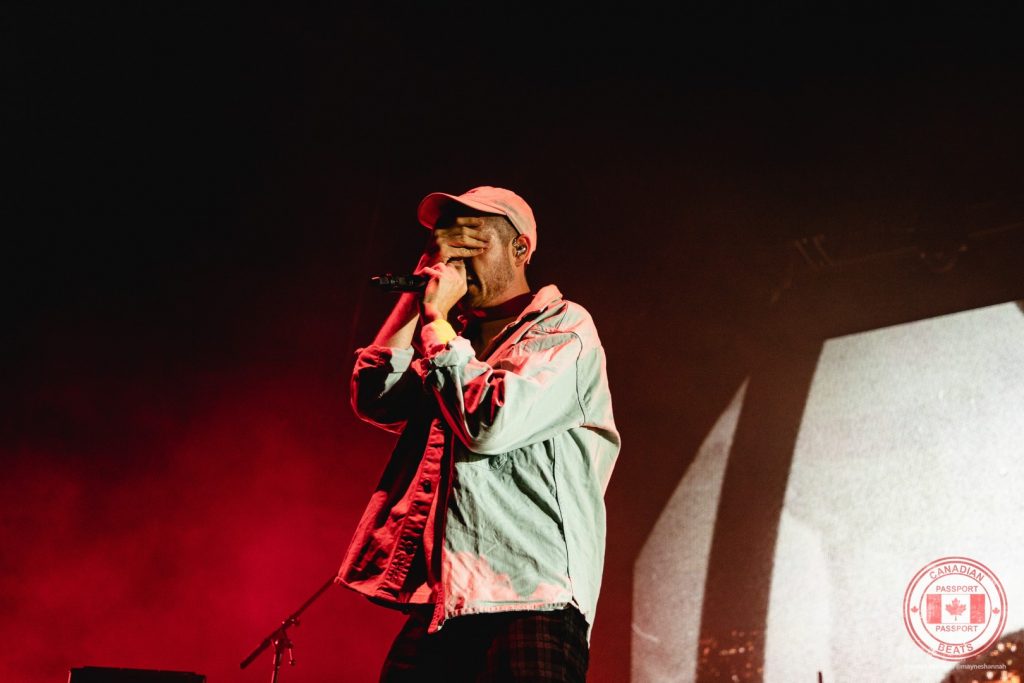 The show was broken into three acts, “1: Still Avoiding Tomorrow,” “2: Those Nights,” and “3: The Morning Doesn’t Reach Us”. Interesting stage design (including a giant step ladder, a spinning circle platform, and a raised static TV) combined with the musical structure of the set made for a story-like show. “1 Evil” saw an intimate moment with singer Dan Smith, where he sat at the top of the ladder under a spotlight with a giant moon on the screen behind him. 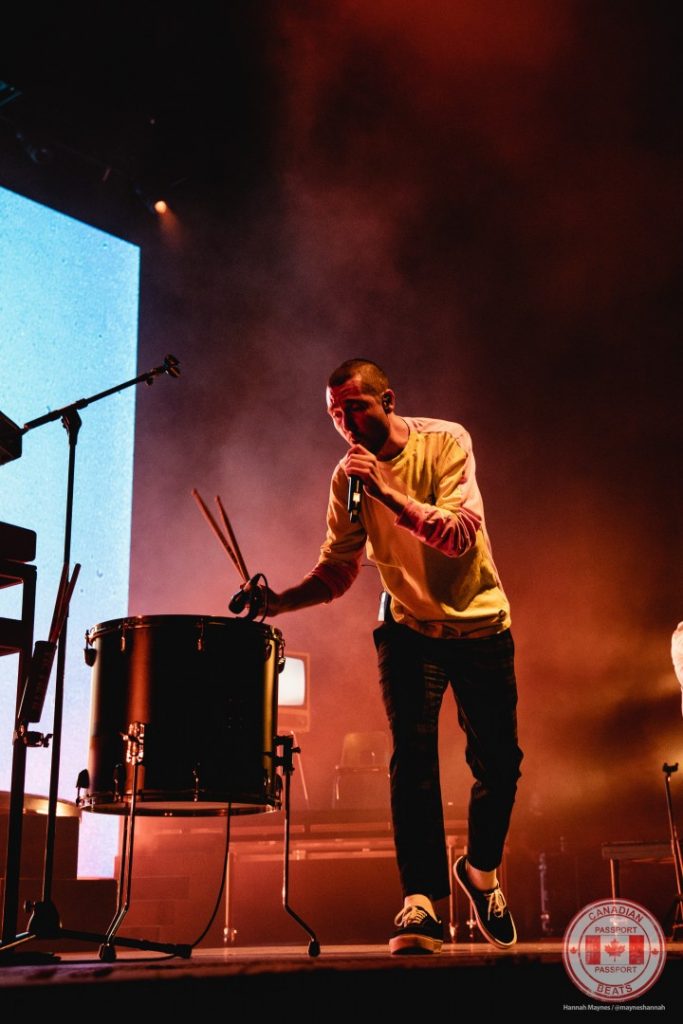 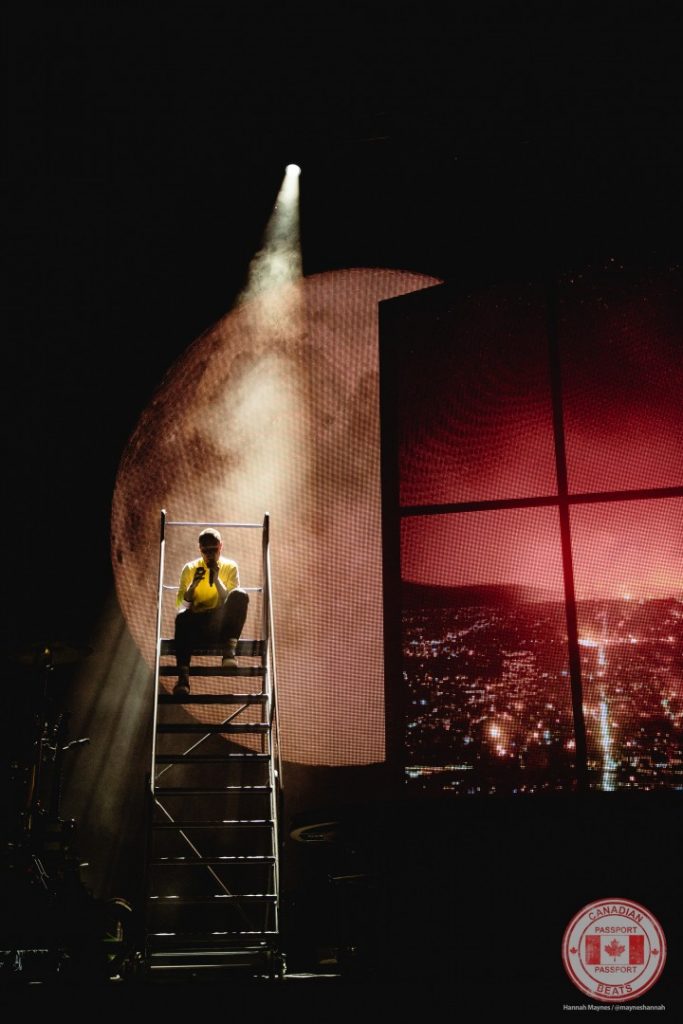 Dan kept the energy high throughout the show, and was running and jumping across the stage for most of the night. Despite this being a big show for this tour, the singer still jumped off the stage and ran through the crowd for “Flaws,” finally making it back to the stage by the end of the song. Another special moment was when the band surprised the crowd and had Toronto’s own Alessia Cara join them on stage to perform “Another Place”. To end on a high note, Bastille closed the show with their 2013 hit “Pompeii”. 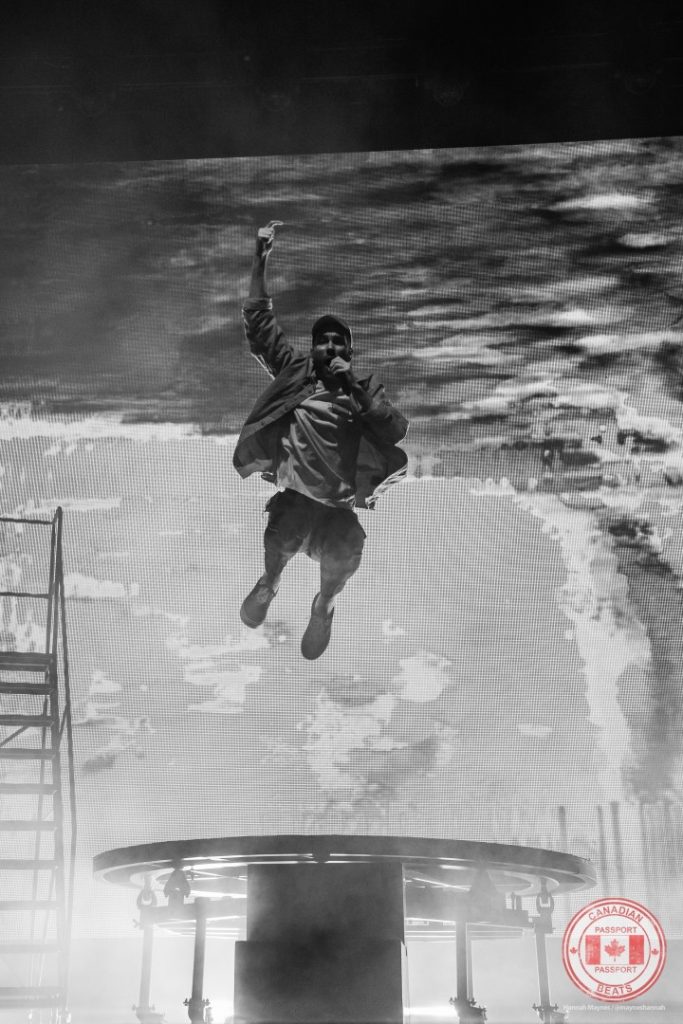 Act 3: The Morning Doesn’t Reach Us
I Can’t Remember
Joy
Another Place (with Alessia Cara)
Of The Night
Million Pieces
Pompeii
–