Sultans of String release video for “I Am A Refugee” 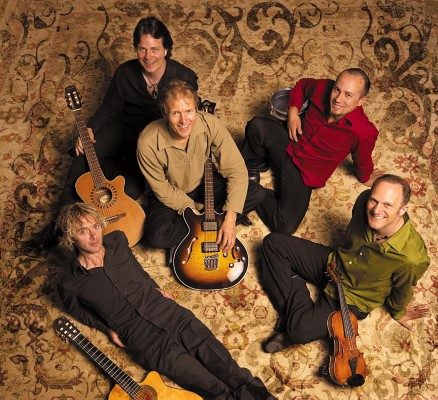 Toronto’s multi-award winning – plus New York Times and Billboard Magainze charting world music collective Sultans of String have unveiled their new video for “I Am A Refugee” featuring esteemed poet, multimedia artist, and Somali refugee Ifrah Mansour. The single is co-produced by McKhool and John “Beetle” Bailey. The beds were recorded on First Nations land at the renowned Indigenous-owned Jukasa Studios; founded by Ohsweken’s, Kenneth Hill & Jerry Montour, Jukasa Studios is a multi-million dollar studio created for world-class and developing artists to make music in surroundings rich in spirit and tradition. Overdubs and mixing was done at The Drive Shed with John “Beetle” Bailey and mastering by Harry Hess at HBomb Mastering.

The track is part of a larger cross-collaboration release, Refuge, which is set for release in Spring 2020.

“Each one of us in the world has a remarkable story to tell…” says Sultans of String co-founder, Chris McKhool (Jesse Cook, Pavlo). It’s his bold, fiery fiddle — melded seamlessly with founding guitarist Kevin Laliberté’s (Jesse Cook) rumba rhythm — that lead the group’s distinctly signature sound.

“We are excited to share the beauty of these collaborations that feature special guests from First Nations, Turkey, Somalia, Iraq, Iran, Pakistan, Greece, Syria, Mexico, Portugal, Cuba, and Sudan.”

“This is a project that is centred around the positive contributions of refugees and new immigrants,” McKhool offers, recalling his own grandfather who stowed away on a Lebanese ship bound for North America a century ago. “We are bringing in special guests that are newcomers to this land, as well as global talents that have been ambassadors for peace. We wish to celebrate the successes of those who make the journey here, and bring their extraordinary talents with them. We hope the kinds of conversations we can have as musicians can provide a model for peace that our politicians and citizens find inspiration from.”

For her part, Mansour’s tireless work and advocacy complement the mission,

“I wrote the poem for me, for my community, and for those yearning for change or to deepen their empathy,” Mansour details. “I wrote it because I was so frustrated with so many people sending me emails, and asking what I thought about (the United States) travel ban. A lot of times, those that are surviving are busy surviving… It is very hard for them to voice their pain. Those that have an ounce of empathy, and that have experienced something similar, have that responsibility to share. Writing the poem was a way to unleash some pain that I could name finally.”