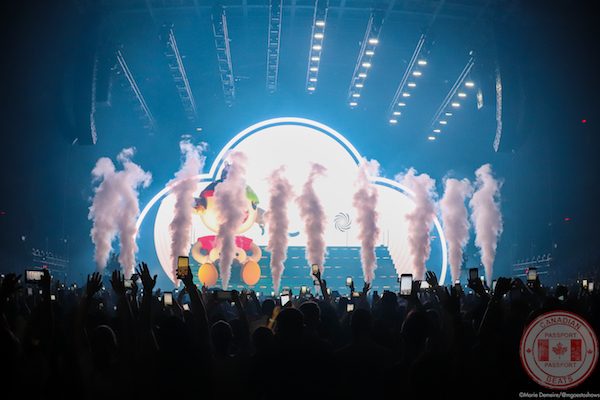 Last night, Colombian reggaeton sensation J Balvin brought his Arcoiris tour to Laval QC, for the last night of the brand-new hip-hop and digital arts festival LVL UP. This visit was long-awaited, as the performer had to cancel his Osheaga set at the last minute this summer due to travel issues, leaving many fans who had bought a pass just to see him disappointed.

Shortly after 9pm, following opening sets from Elado Carrion and Lyanno, the curtain dropped down to reveal an impressive production of massive inflatable figures, big lit up stairs, and cloud-shaped screens. Accompanied by backup dancers dressed as clouds, J Balvin performed hit after hit without missing a beat. The set sounded steamy, and looked like a psychedelic cartoon, and took the sold-out audience Place Bell on a trip over the rainbow, while they danced their Sunday night away! 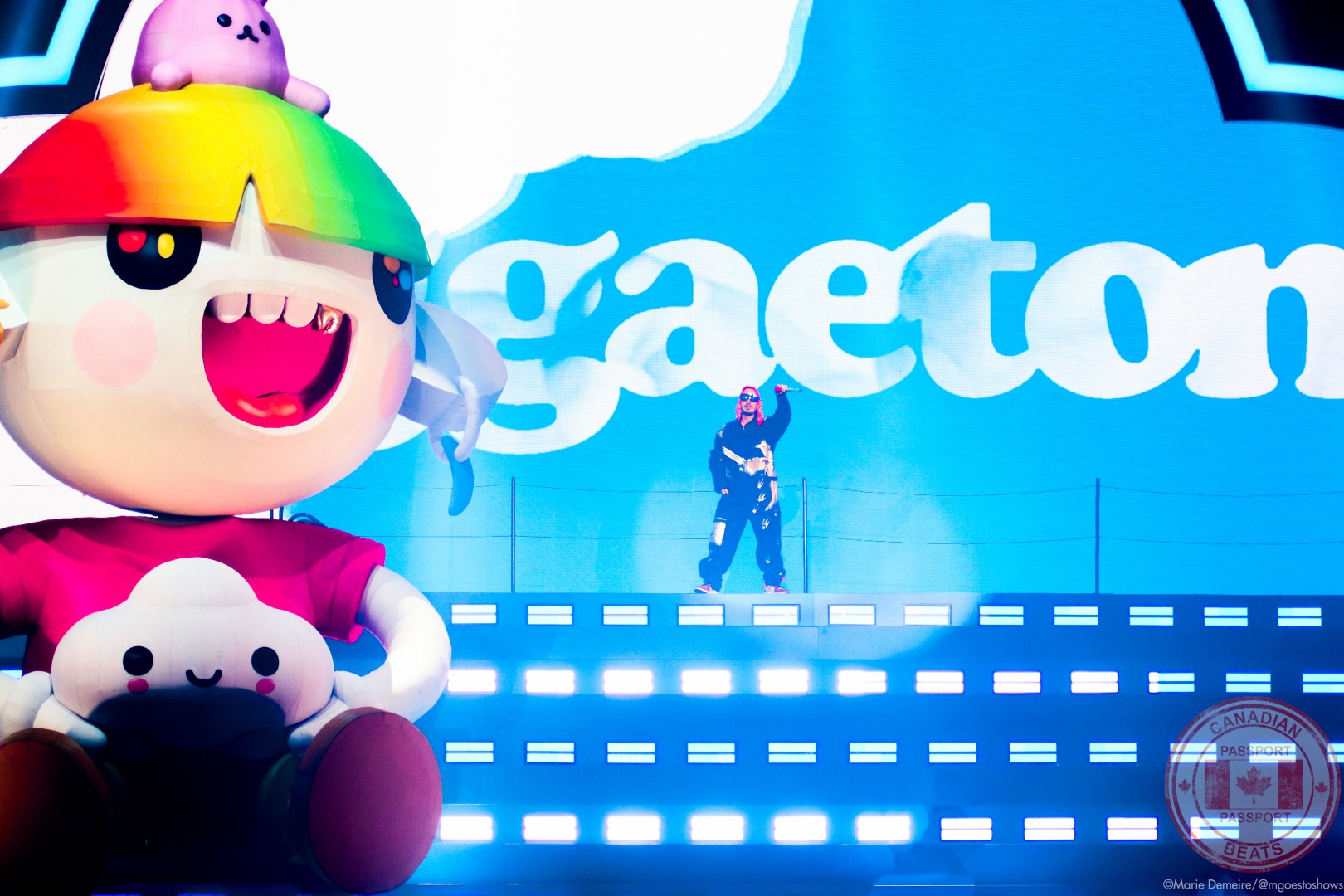 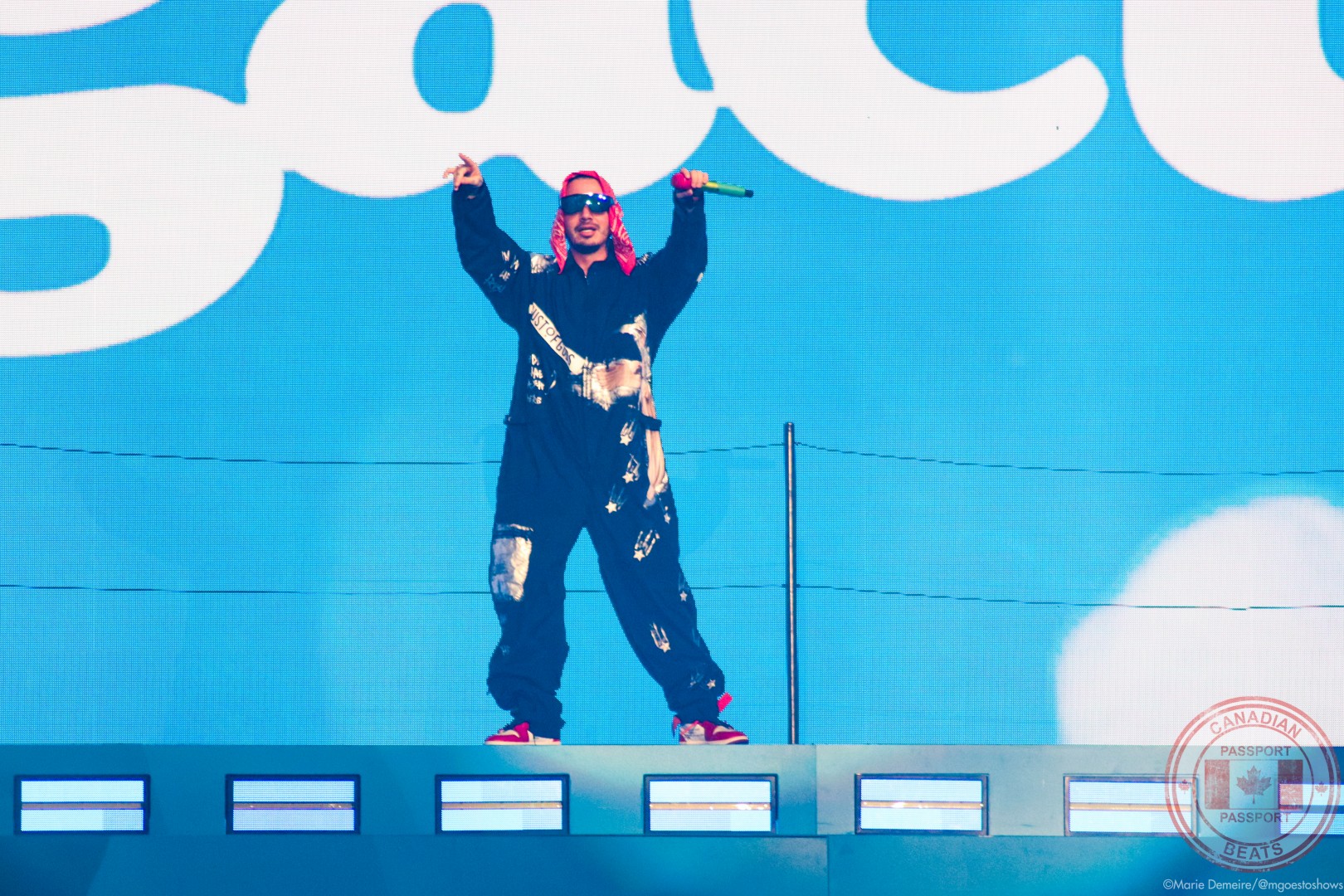 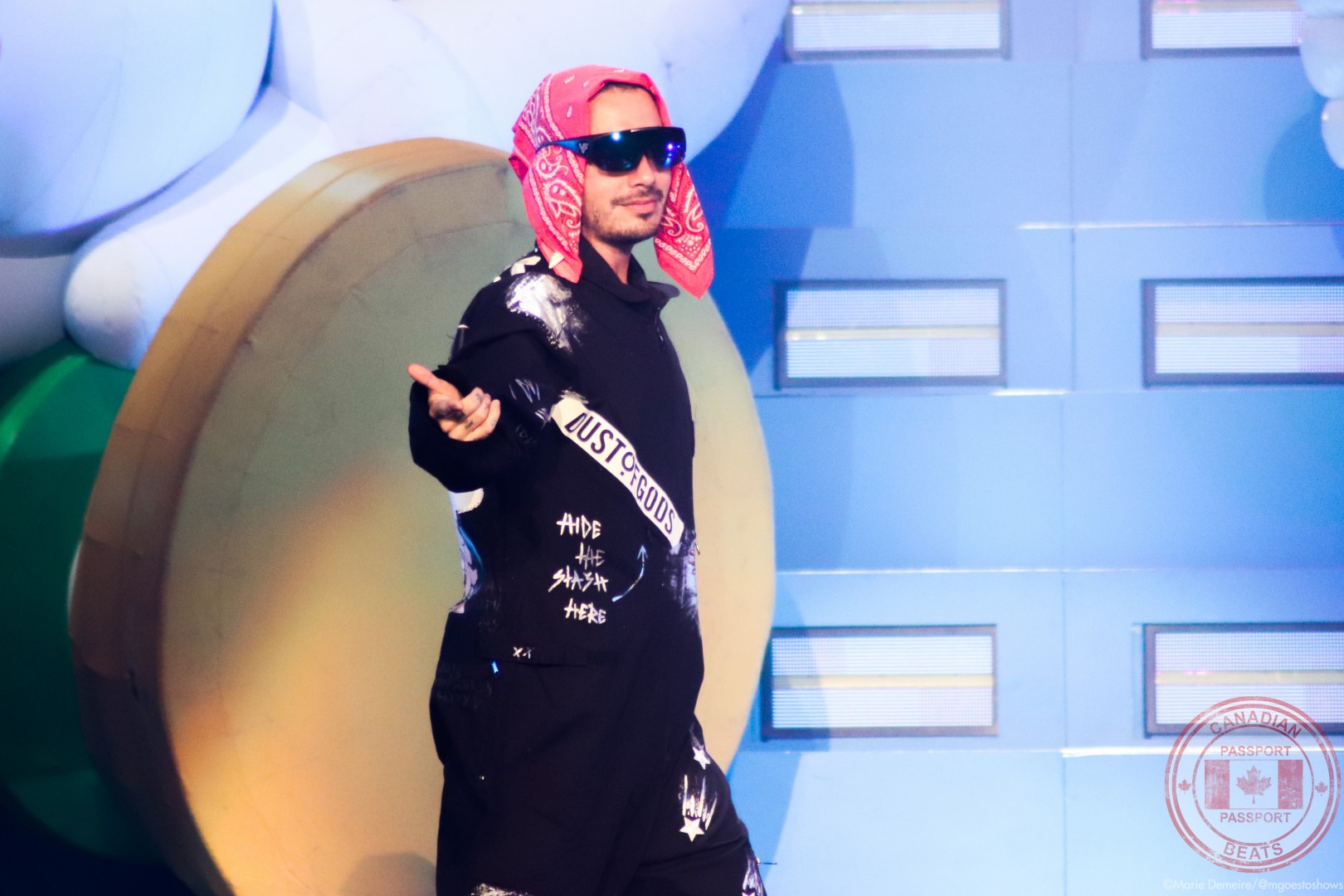 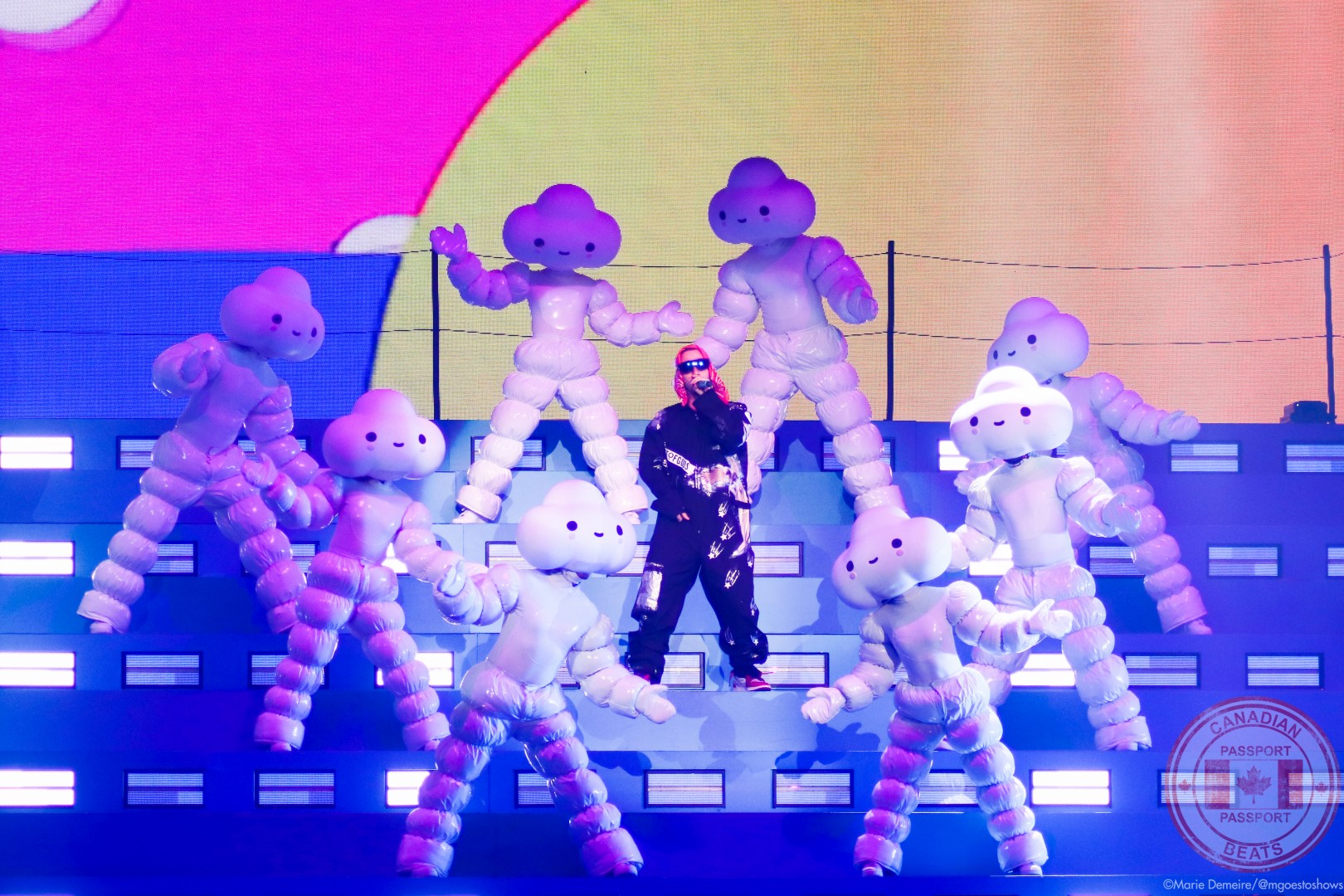 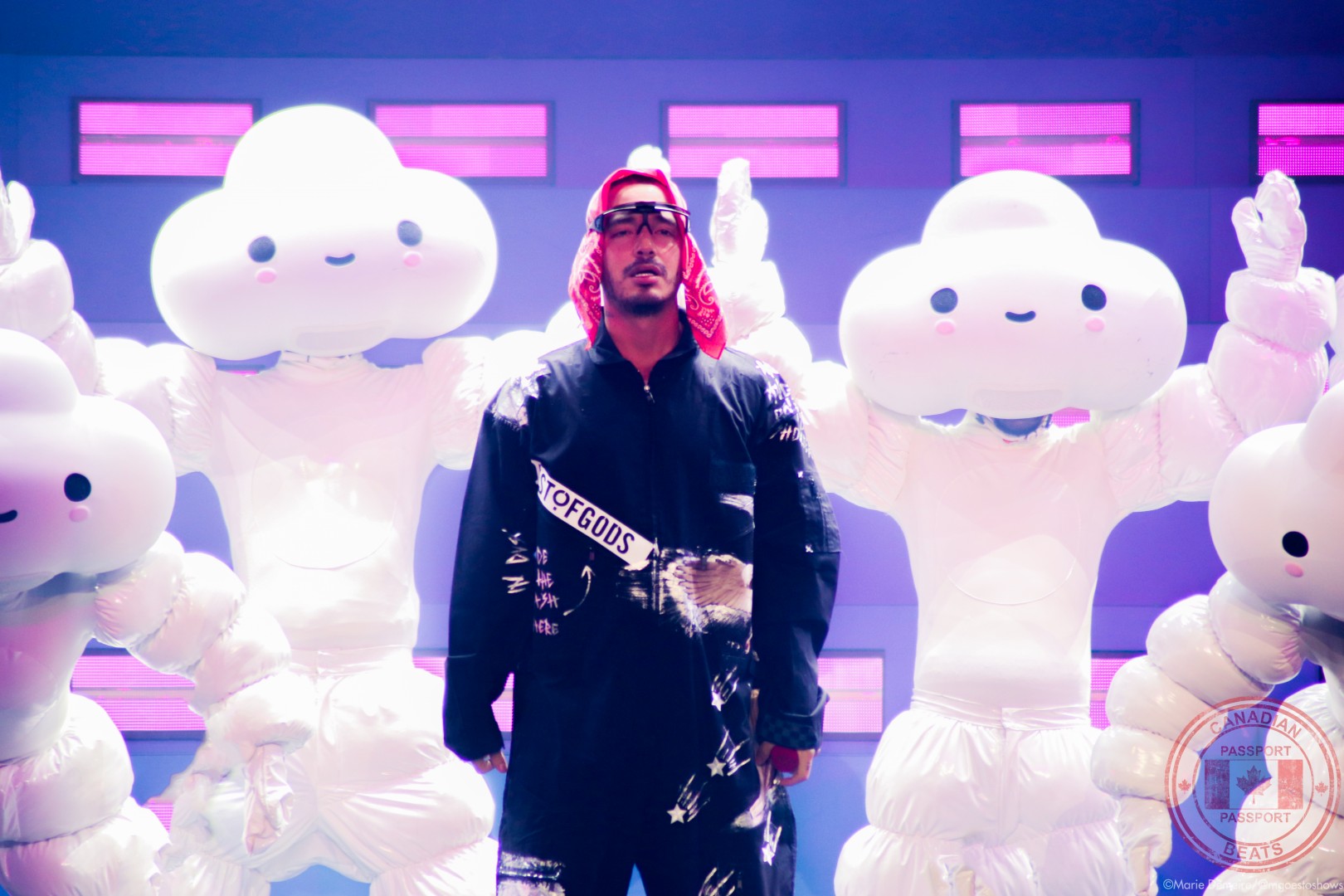 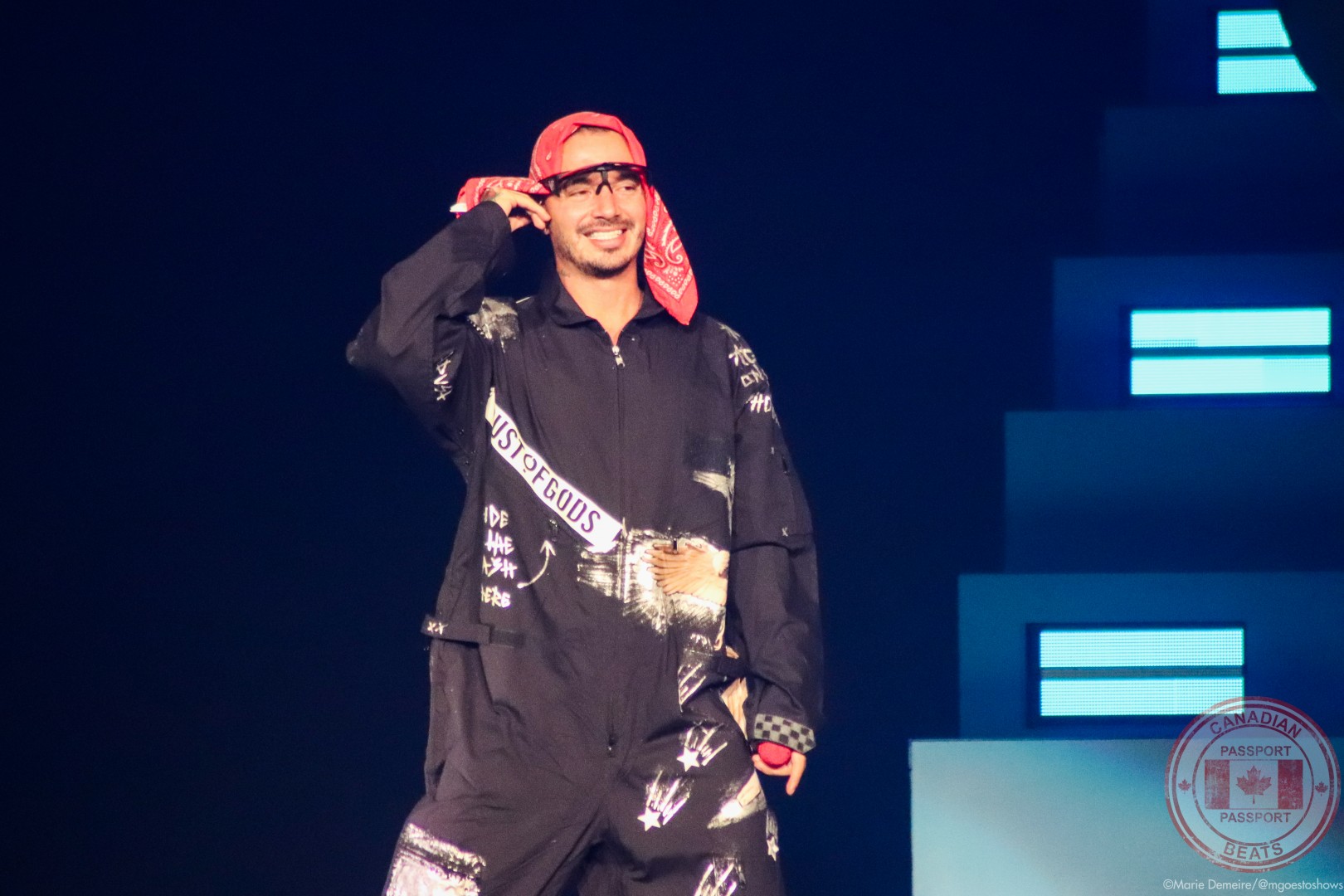 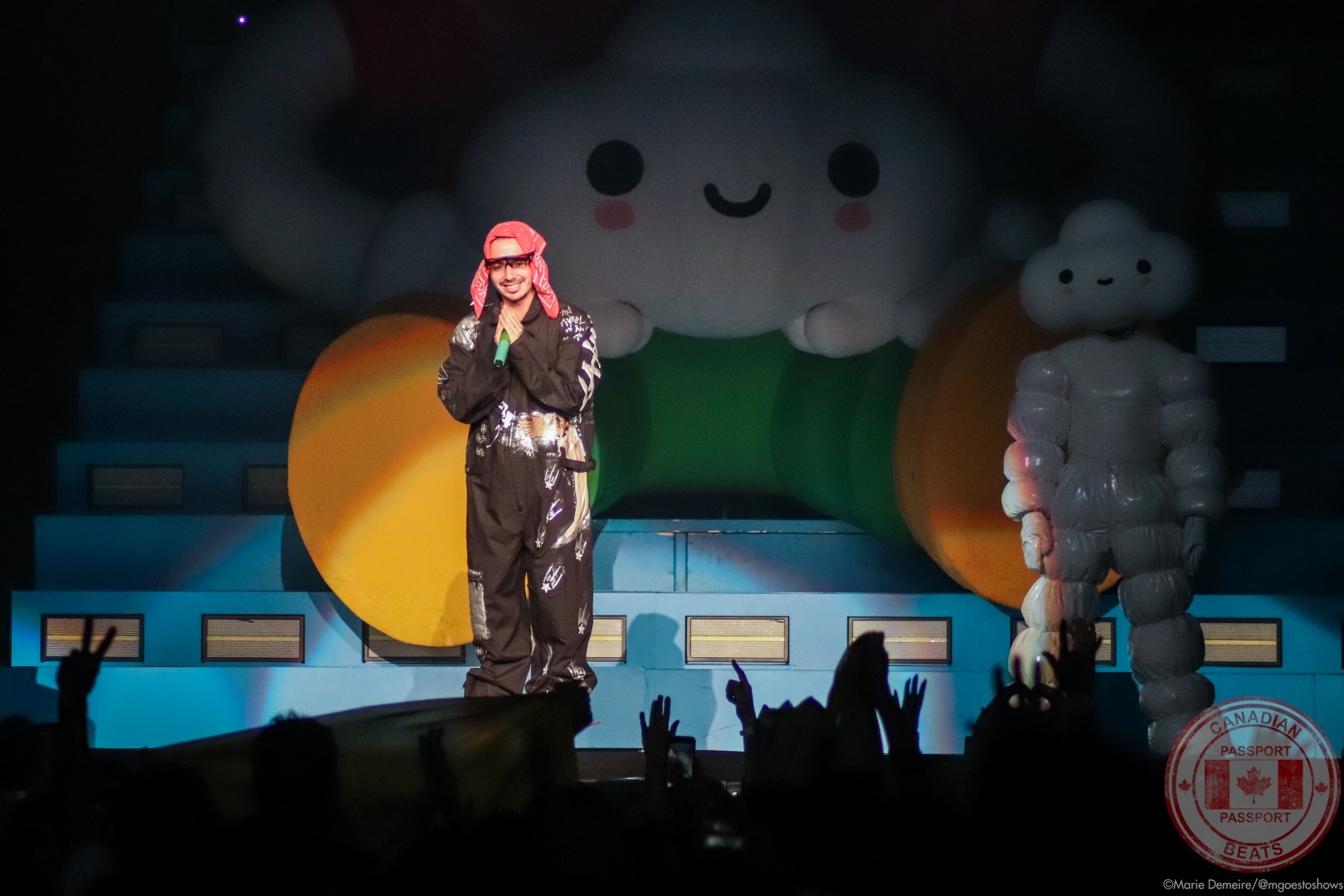