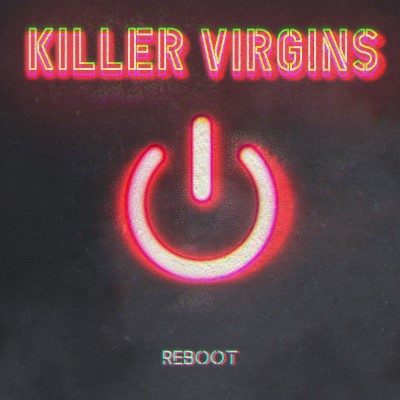 Toronto’s Killer Virgins are very unique. Lead vocalist Samantha Weinstein has always had a thing for 90s rock like Nirvana and Red Hot Chili Peppers. This is the main inspirations towards Killer Virgins EP Reboot, a bold start to an uprising band.

As someone who loves classic punk rock mixed with the 90s inspired grunge, the opening track “Karate Girl” hooked me. The heavy guitar riffs, the head-bobbing drums and those vocals that I can’t even describe how great they are. One of the best opening tracks I’ve ever heard from a debut EP in a long time.

“Label Whore” is a call-out song, calling out the typical girls who buy all name brands like Juicy or Lululemon, which really shows off their inspiration to bands like Hole, who were infamous for things like that. The chorus reminds me of bands like L7 or The Donnas with the catchy and easy-to-yell-along lyrics that can encourage crowd sing-alongs.

“Keep The Corkscrew” is an anthem to everyone. This is the song that will get the crowds moving and get people going at the live shows, but will draw people into listening to more music by them in their downtime. Insanely catchy from the start, you’ll be easily adding this to your punk rock playlists.

“These Walls” reduces the tempo but keeps the dark and moody feeling throughout, as the vocals are the bigger focus. I mentioned how the last song is catchy but this might be the best introductory song for the band. While listening to this song, I went and followed them on Spotify so I can add this one to my playlist as soon as the album drops officially.

The final song “Ticking” starts off with a drum beat, leading heavy into the opening guitar and vocals, where the main focus is how time is flying by. A simple concept that everyone can relate to, as time does fly. The bands focus on a familiar concept is an easy way to draw fans in and make this album come to a perfect closure.

Killer Virgins knew their sound and grew from it. This EP has a big mix of classic grunge-inspired songs while keeping with their own sound, fusing common concepts with classic ones, giving new and old fans something to be drawn into. As this is the bands first outing, it’s a hell of an outing and makes it an interesting journey they put themselves on.