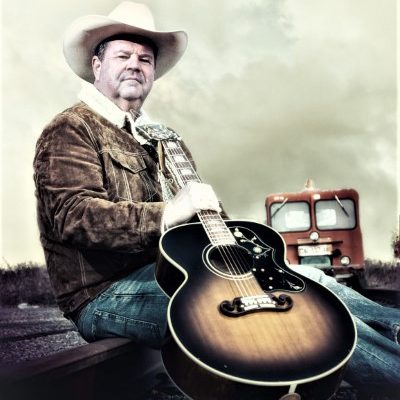 Canadian folk-country artist, Jeff Orson released his new single, “Country Kids” back in July 2019. We caught up with Jeff for a chat during our Five Questions With segment, so check that out below, and be sure to give “Country Kids” a listen!

Hi everyone! My name is Jeff Orson. I grew up in rural Niagara Falls. I got sick just over five years ago with colon cancer and started writing music to take my mind off being sick. A custodian heard me composing a song whilst convalescing in hospital and mentioned that I should play at a local club. Luckily, I survived and from there, my music slowly started to take off and it has been an amazing journey. Music has taken me to perform in Europe, Asia and throughout North America. If you were to tell me, my music was going to be heard on the radio five years ago, I would have laughed aloud, but it’s funny how life turns out.

My music is a mix of upbeat numbers, “Save Me Now” (released) “Country Kids” (released), “Little White House” & “Growing Up Country” (soon to be released), and country ballad staples such as “Sometime Love”, “Won’t Let Me Let Go” (both released) It evolved out of my more folk-based music from my 2016 EP entitled California. For me, it has always been about the stories I tell with my honest lyrics and simple melodies.

I am just back from a few nights playing Scotland. I have a show tonight in Welland, Ontario at the VHC, a small intimate club venue. Fall schedule to be released soon.  My live performance is very intimate as are my songs. I try to connect with the audience and give them an inside look behind how the actual song was written e.g. Country Kids, who the characters were, where it took place etc. If you like singer/songwriter acts, I believe you would enjoy my show.

I would recommend Country Kids. It’s fun catchy anthem, which crowds like to sing along to.

I am old school, so my all-time favourite Canadian artist is Gordon Lightfoot who was not strictly country, but is an amazing writer and performer. I also enjoy Gord Bamford & Tim Hicks.