By Jordyn Armstrong on September 17, 2019@jordynhannah95 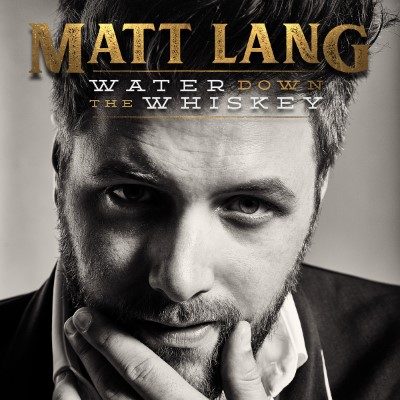 Quebec native and country artist, Matt Lang has been gearing up for the release of his upcoming EP this fall. Earlier this month, the EP’s first single was released- “Water Down the Whiskey”. It was also the most added song on all Canadian radio stations. This, along with his 2.6 million times streamed song “Love Me Some You”, triggered the beginning of his break out into the English music scene. Matt also recently won SiriusXM Top of the Country at the CCMA’s. To find out more about this country star who is quickly snatching the attention of Canadians, read this interview below and check out his single, “Water Down The Whiskey”.

What made you decide to switch into the English music scene?

I’ve always listened to American country music but living in a French city, surrounded by French people, my first instinct has been to sing in French. My grandfather introduced me to artists like Johnny Cash and I’ve always been inspired by old school country, but I also grew up listening to Quebec bands like Kaïn, Les Colocs, Okoumé. I released a French folk album in 2015 right after I took part in the French version of The Voice in Quebec, but I realized that country music is what I should be doing. This is where I feel like my true myself and what I do best. I released my first English, country music EP last September and everything kind of fell into place very quickly. Proof that when you follow your heart, you can’t really go wrong.

Did you have any apprehensions about it?

Not really, I’m all about following my heart, being true to myself and I trusted my gut feeling. I didn’t have any expectations either, but I believed that this was the right thing for me.

Did you expect this type of reaction from listeners, especially so soon?

Not at all. Especially not this.

What is your reaction to your high, and still climbing, stream record for “Love Me Some You”?

It made me realize how far things could go. It felt like a confirmation that I was doing the right thing, that singing country music was what I was supposed to be doing. It took away any doubt I might have had. When you do what you love, I think people feel it, and I’m lucky enough that people are supporting me.

How has the reaction been for “Water Down the Whiskey” from fans so far?

I’ve been performing it in my recent shows and people are loving it. I think they like that it’s a bit more rock than most of my previous songs.

Do you have any other plans to release singles before your EP drops?

Not sure yet. We are planning on releasing a music video for “Water Down the Whiskey” though. I’m excited for that.

Do you have a release date for your EP?

We are hoping to release it before the end of the year. We’ll work hard to make that happen!

What can fans expect for the EP?

It’ll be a bit country, a bit rock and there is even a song that is more pop that could totally be sung by Ed Sheeran. I can’t wait for people to hear it!

You have many tour dates in the works for the rest of 2019. Is there any one, in particular, you are most excited to perform?

I think every show is as important as the next one, no matter if it’s a small or large I have about 25 shows left before the end of the year, so I’m always on the road, but I’m loving it. I can’t complain.

What is your favourite part about touring?

Seeing people’s faces singing along to the songs and spending time with my band on the road. They are like brothers and we have the best time.

Definitely more touring, but not only in Quebec. We are working on some opening acts and tour dates in the rest of Canada too, so this should be a lot of fun. Another busy year ahead 🙂