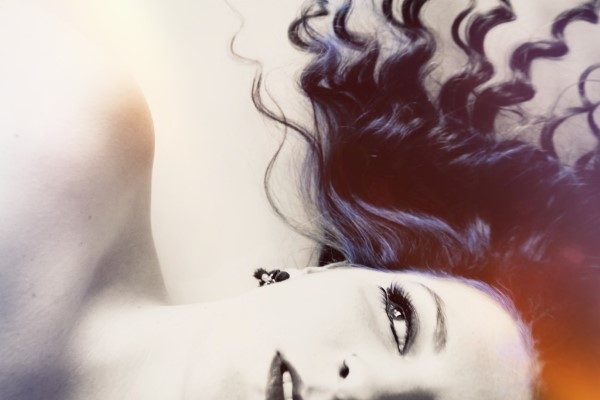 Alberta-based artist, Danielle Dayton has released her new single, “Spider Blues” off of her EP, Run.

Danielle will also be on tour in support of the new single, and re-release of her critically acclaimed EP, which will not include “Spider Blues”.

“I am extremely excited to be taking this next step in my music career and get the opportunity to share my music with Canada!” Danielle shares about her upcoming tour.

Check out the single below, and find out more about Danielle in our Five Questions With segment.

My name is Danielle Dayton and I am a millennium blues artist from Calgary, AB now living in Edmonton, AB. I have a background in dance and theatre, and both art forms have shaped who I am as an artist. I also have a fur fam with two dogs and a cat; Harvey, Bailey, and Triskit.

My favorite place to write songs is while I’m driving. Usually, I’ll be on the QE2 humming a melody and fleshing out lyrics and a story… all the while getting strange looks from cars passing by. Later, I will match the lyrics to a progression on the guitar or piano. My favorite part about the whole process is playing the song from top to bottom for the first time.

My music has a lot of soul and is reminiscent of the blues genre with an alt/rock twist. It is dark, groove-worthy and hauntingly beautiful; inspired by artists like Elle King, Brandi Carlille, Kaleo and Hozier, but I especially look up to Beth Hart. She is authentic to everything she does, from her songwriting to her performances. She is unapologetically true to her music, and it is amazing to watch.

Being able to share my songs and have them mean something to someone else is an incredible feeling. I truly believe songwriting chose me because even if I tried, I couldn’t imagine myself doing anything else.

My band and I are setting out on a Canadian tour this fall called the “Run Across Canada Tour.” The tour is in support of my EP “Run” and new release “Spider Blues,” which will be an added bonus track. Our tour kick-off party will be at the Station on Jasper on September 12th, and then we will set off to Saskatchewan, Manitoba, Ottawa, Ontario, Montreal, and then west to BC. You can see the full list of dates here.

My drummer (Allyson MacIvor), bass player (Ryan Holmes) and I have been playing together since 2017. We have a high-energy show and have a great time on stage together; it is definitely contagious. If you like to dance, laugh, and cry all within the span of 60 minutes, our show is for you!

My new single “Spider Blues” was released to streaming platforms and radio on September 8th! I am really proud of what we created. The story behind the lyrics will entice the listener on the journey of an innocent, well-meaning person becoming trapped in a manipulative relationship, the “spider’s web.” The sound is captivating and hauntingly beautiful, reminiscent of Hozier and Elle King with a vintage/retro vibe.

When I was visiting my sister in Vancouver, we walked by a folk band busking downtown. They were so good, I thought it was a recording, and they weren’t even plugged in. That night we went to see The River and the Road at the Biltmore, and they have been one of my favorite Canadian bands ever since.

I met Vancouver artist Luca Fogale at an open mic in Edmonton and his song “Gloria,” is still my favorite song five years later.