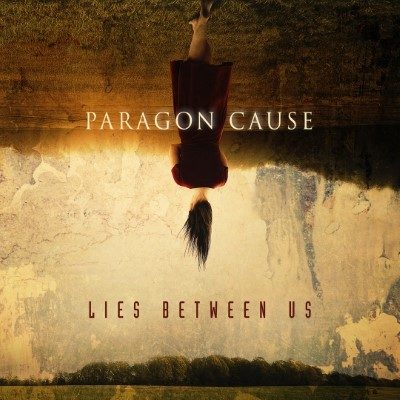 Paragon Cause have an interesting start to making their debut EP Lies Between Us, as it all started with a tweet. After 10 straight days, the band produced 6 songs, all diving deep into the dark depths of electronica.

The opening track “Someone Else” starts off the album with a moody feel, getting you interested right away with the great female vocals accompanying the steady high-hat drum combo and the overpowering synth, giving this album an excellent start.

“Save Me” flows from the opening track very well as it sounds more like an 80s pop song, easily a song I could hear from those years, with the catchy beat and the echoing vocals. This could be a song you could mix into an 80s playlist and no one would tell the difference.

“Separate Lives” is slower in a way, as the tempo decreases and focuses more on vocals during the opening until the distorted guitar joins in and becomes an excellent indie rock song. This song is my favourite on the album for sure as it’s a mix of music I like and something new I haven’t heard in a while.

“I Waited” is dark and moody from the start. A heavy intro continuing into the vocals makes this song a great listen and a good midway point of the EP, showing the vocal power and range of the singer while keeping the music flowing greatly throughout.

“Kick Me (When I’m Down)” is the 6-minute epic of the album, starting off with one of the catchiest music combinations I may have ever heard, with the simple guitar playing, the catchy bass, and that amazing drum loop combo. The song is a perfect headphone listening song as the sounds travel throughout both of your ears. If you want 6 minutes of purely good music to enjoy, this is the go-to song.

The final song “Drop Me In” is very different from the rest of the album, so be warned. This doesn’t mean it’s bad, as its an acoustic-inspired song that focuses well on vocals and simple beats to get through it. The vocals really shine in this one as she has an echoing noise throughout.

For a debut EP, Paragon Cause tried a new formula over a classic one and really mixed it well together. The interesting mix of musical styles throughout, combined with the dark and moody melodies are something for anyone to enjoy, and the vocals on top of all that is marvelous. With an album set for a 2020 release, I know I will be keeping an eye out once it drops.